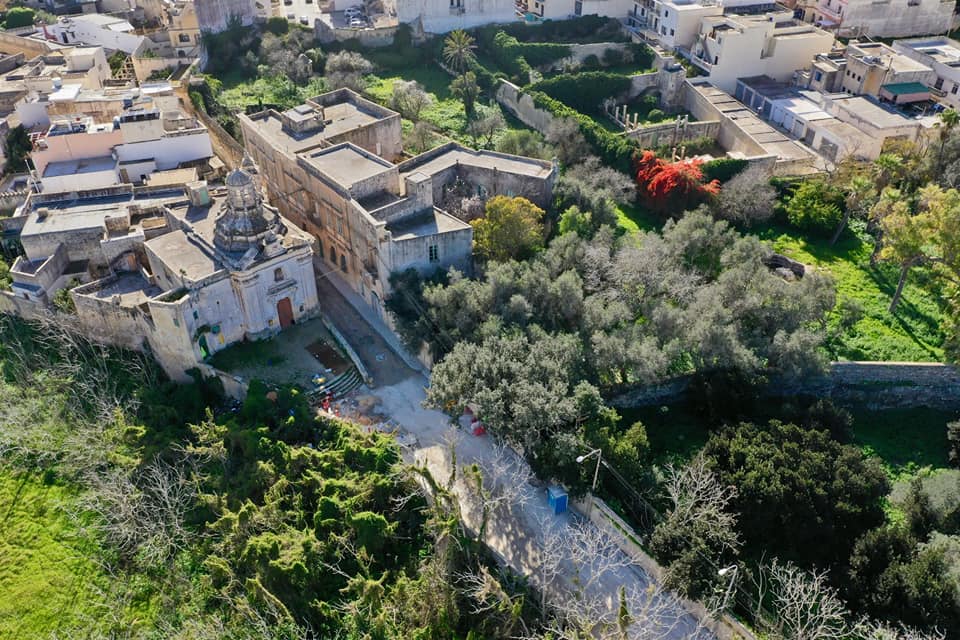 Plans to turn a unique 18th century Zebbug palazzo into a 50-bed hotel have been suspended, with the property being placed on the market for over €5 million.

Last year, Malta’s Superintendence of Cultural Heritage strongly opposed the conversion of Villa Buleben into a 50-bed hotel, recommending instead that the property and its historic gardens be given the highest level of protection. This was followed by the Zebbug local council objecting to the project, as well as local heritage watchdog and NGO, FAA – Flimkien Ghal Ambjent Ahjar (together for a better environment).

And, as it turns out, such plans have formally been suspended, according to its Planning Application, found on the Planning Authority’s website.

Set in the outskirts of Haz-Zebbug, the historic Palazzo is described as “a magnificent example of the late Baroque typology of grand residences owned by the Maltese nobility”. Built in the mid-18th century, it continued to serve as a patrician residence right-up to the end of the 20th Century. The elaborate complex consists of the grand palazzo and its imposing gardens of different sizes, dotted with mature trees.

The palazzo, better known locally as ‘Tal-Baruni’, is built on two floors, has an imposing central doorway flanked by service rooms on either side of the ground floor. The main residence of the family was in the expansive high-ceiling halls of the piano nobile on the first floor. Unique to the palace was the incorporation in its ground floor of a private theatre for the literary and musical entertainment of the residents and their guests. This is an extraordinary feature that still contains much of its original wall paintings and decorative elements.

Also unique to the property is a private chapel, the Chapel of Our Lady of Forsaken Souls, which is included in the National Inventory of the Cultural Property of the Maltese islands and enjoys Grade 1 protection. The villa within the grounds is scheduled at Grade 2.

“The finesse and sophistication of the entire complex is also found in the detailing, such as the decorative stone carvings and wrought iron work,” reads a grand description of the property.

“Some of the halls have their vaults decorated with Trompe-l’oeil murals of imaginery architectural features that serve to give the illusion of decorative space placed in perspective.

“Such decorative ensembles belonged to the late baroque period and were often used in grand residences. The scale of the piano nobile with its height to width ratio proves the intent to make the residence one of the finest on the island.”