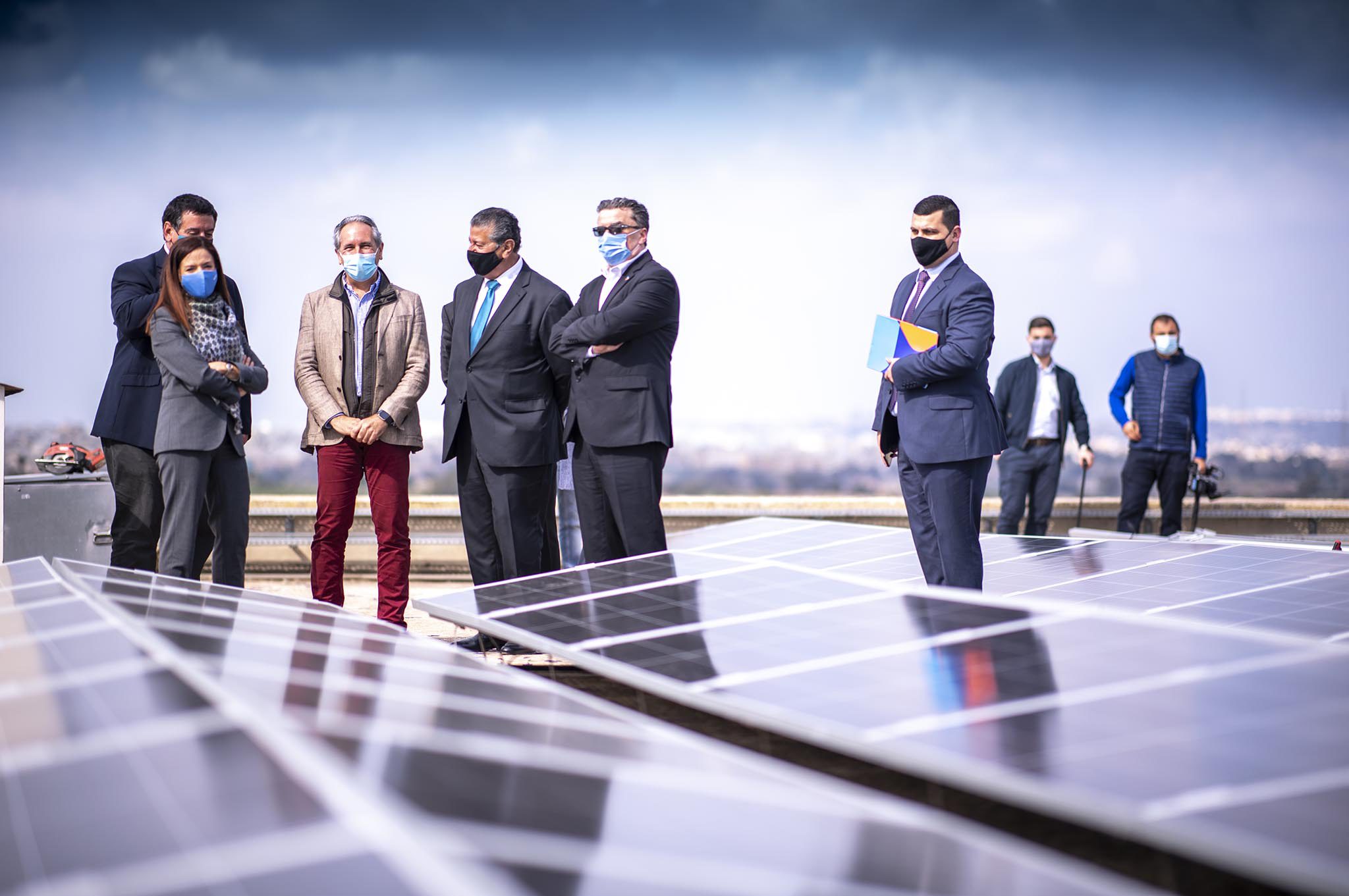 A new solar farm in Qrendi covering ​​5,000 square meters will produce one million kilowatt-hours per year, equivalent to that consumed by 250 Maltese households, the Government announced on Wednesday.

This development, which involves the installing of around 1,934 panels, will likely play a large part in Malta’s changing energy usage trends.

Minister for Energy, Enterprise, and Sustainable Development Miriam Dalli visited the works being carried out on this solar farm built on reservoirs belonging to the Water Services Corporation.

“The consumer remains at the centre of [the Government’s] work whilst encouraging businesses to participate in the generation of electricity in the Maltese and Gozitan islands,” said Dr Dalli.

The Qrendi solar farm is one of two Malta Energy Ltd projects, a joint venture between the Water Services Corporation and the Chamber of SMEs.

The Minister explained how this project is an example of the pillars of energy, enterprise, and sustainable development coming together.

Malta Energy was set up to temporarily take over government entities’ premises, such as reservoir roofs, and convert them into solar farms, while maintaining balance so that both SMEs and larger companies can participate.

Similar work is also underway on reservoirs in Ta’ Ċenc Gozo. The construction of these solar farms was awarded through a competitive tender, and the winning bidders will effectively own and operate the plant and will receive payment from the company according to production.

In all, there will be a total of five reservoirs being used to generate clean energy: four of them are located in Ta’ Ċenc, Gozo, and one in Qrendi. Together they are expected to generate a total of about three million kWh per year.

As a long-term strategy, Malta Energy says it plans to expand its operations in areas outside the Water Services Corporation facilities and provide added value to the entity hosting the installations, such as charging electric vehicles.

“Clean energy production is a priority for this Government, and we will continue to invest further in clean energy,” concluded Dr Dalli.