‘We will be very strict’: New COVID restrictions to place onus on those renting out property 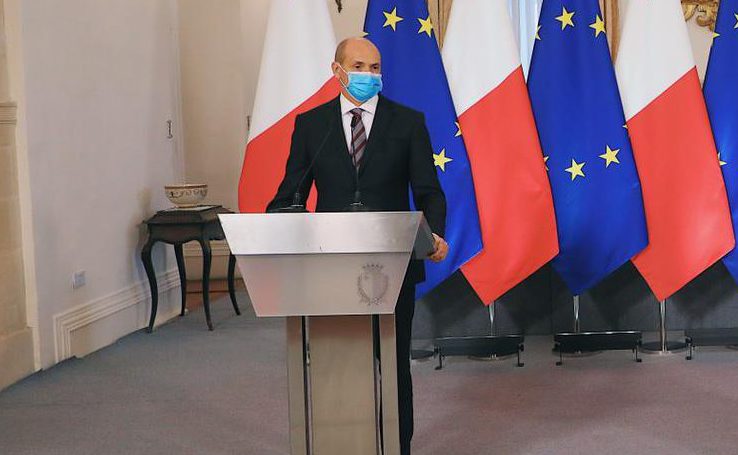 Deputy Prime Minister and Health Minister Chris Fearned stressed the authorities will be “very strict” with those who rent out their properties for recreational purposes, that is Malta Tourism Authority licensed accommodation, following measures coming into force in February limiting the number of people who can gather at accommodations.

Prime Minister Robert Abela, Minister Fearne and Superintendent of Public Health Charmaine Gauci addressed a press conference on Wednesday to announced new COVID measures. Malta experienced a spike in cases since the holiday period, with Minister Fearne saying this appears to be a result of social gatherings over the festive period. Authorities do not believe the new COVID variant is the main driver behind increased transmissions.

Restaurants will be forced to close at 11pm in February, while accommodation, such as flats, farmhouses and boutique establishments, will not be allowed to host more people than the number of beds available, in accordance with the property’s licence.

So, if a farmhouse can sleep 10 people, and enforcement agents find more than 10 people gathered inside, the owner of the property, that is the entity/individual renting out the property, will be held liable.

Prime Minister Abela said more details on the fines and penalties will be announced shortly through Tourism Minister Clayton Bartolo.

Minister Fearne said that following analysis of what took place during the holiday period, where scores of Maltese flocked to farmhouses and holiday homes to ring in the New Year, the authorities established that what was not permitted outdoors – that is social gatherings of more than six – took place indoors.

Acknowledging that many gatherings took place in private residences, Minister Fearne said many also happened at rented accommodation, and therefore, the beefed-up measures and enforcement of holiday homes is a result of this.

“For this reason, we will be very strict, not with people seeking to rent a property, but with those who rent out their accommodation. Their licence dictates the number of people who can stay at the accommodation, we are being strict to see that this is respected.

“We are placing the onus on the landlord, at risk to their licence. The message is clear – stick to the number of people on your licence. It is not permissible to have more people than the number of beds at an accommodation.”

Turning to the restaurant 11pm curfew for the month of February, Minister Fearne acknowledged that although bars and nightclubs were forced to close, “a considerable number of restaurants, during the night, were operating as bars, with people inside mixing socially as though they were in a bar”.

He said the 11pm curfew is a clear message that restaurant visits are for eating, and not socialising. He highlighted how the measure is aimed at closing this loophole that was leading to social activity.