The case is not over yet, with other arguments brought forward by opponents yet to be heard 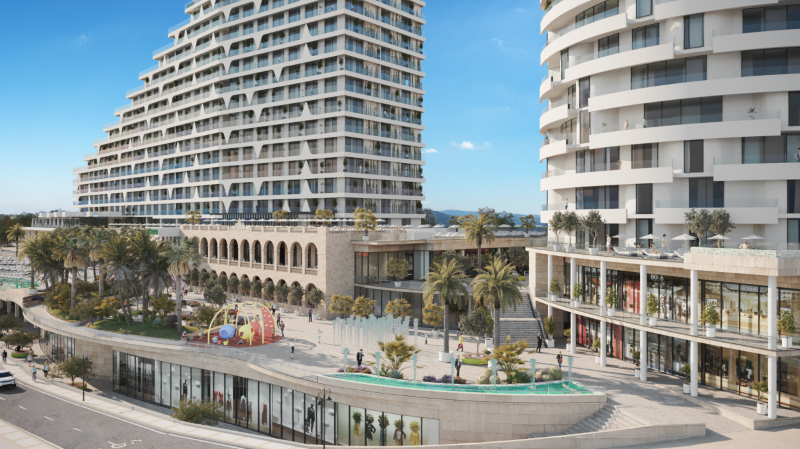 The court of appeal has rejected claims of impartiality by a number of figures involved in the permit process of db Group’s City Centre project, on the former site of the Institute of Tourism Studies overlooking St George’s Bay on the border of St Julian’s and Pembroke.

The judgement is a blow to a coalition of local councils, activists and residents who have been vociferous in their opposition to the project by the hospitality group.

The court of appeal heard arguments related to the Victor Axiaq, chairman of the Environment Resources Authority, Marco Cremona, who was involved in drawing up the Environmental Impact Assessment (EIA), and Alexander Zammit, who sat on the Environment and Planning Review Tribunal when it reviewed the coalition’s arguments against the planning permit obtained by db Group.

Regarding Professor Axiaq, the opponents to the development argued that his participation in the decision that granted approval to the project precluded their right to a fair hearing, since he had already indicated a positive disposition to the project when the EIA was being reviewed by the entity he heads.

However, the court of appeal did not accept this argument, pointing out that his involvement was clear from the outset, giving the coalition ample time to request his recusal.

“In this court’s understanding, this indicates that the appellants felt aggrieved by Professor Axiaq’s presence on the Board only because of the decision taken, and not really because they were concerned about his impartiality.”

Meanwhile, Dr Cremona was a consultant involved in the Environmental Impact Assessment (EIA) for the project, specifically on the assessment conducted about its impacts on Ħarq Ħamiem Cave, part of which runs below the proposed development’s footprint.

The project’s opponent argued that Dr Cremona had a conflict of interest due to other dealings he had with db Group, where the company supported his attempt to recycle water used in its hotels.

However, the court noted that this project never took off, with Dr Cremona even commenting publicly that he would no longer be working on it after finding authorities to be uncooperative.

On the other hand, the tribunal had harsh words for the appellants, describing their objection about the water expert’s impartiality as “amounting only to an insulting opinion in his regard”.

The judgement also noted that Dr Cremona’s work on the EIA was done in collaboration with Philip Grech, about whose impartiality no qualms were raised.

Deciding that “no conflict of interest exists”, the court of appeal rejected this point of the appeal.

The third point raised by the coalition opposing the controversial project related to Mr Zammit, who was an employee of the Planning Authority (PA) when he was appointed to serve on the Environment and Planning Review Tribunal (EPRT), as per evidence presented by the appellants.

They argued that this raises serious doubts about his independence and impartiality, since his future career development would depend on the same entity he was tasked with overseeing in his role on the tribunal.

This was negated by the PA, which said that Mr Zammit was no longer on its books at the time of the tribunal hearing about the case, since he was transferred to the state-owned Resource and Support Services Ltd on 26th August 2021.

The first sitting of the tribunal in relation to this case was held on 23rd September 2021, during which certain members were asked to recuse themselves by the project’s opponents. This was accepted, and the tribunal was reconstituted for a second hearing on 28th September – this time including Mr Zammit.

“Therefore, not only was there no connection between Mr Zammit and the Authority that could raise concerns about his objective impartiality during this period, but neither does it result that this connection will be reactivated after his period of service with the tribunal, with his income secured by an entity that has no connection whatsoever with the Authority.”

For this reason, the court of appeal also rejected the appellants’ claims of potential conflict of interest in the case of Mr Zammit.

With all three procedural objections thrown out by the court, the other points raised in the appeal against the project will proceed to be heard in the coming months.

Read next: ‘Numbers don’t mean much if we are disconnected to who is contributing to those figures’ – Steve Mercieca