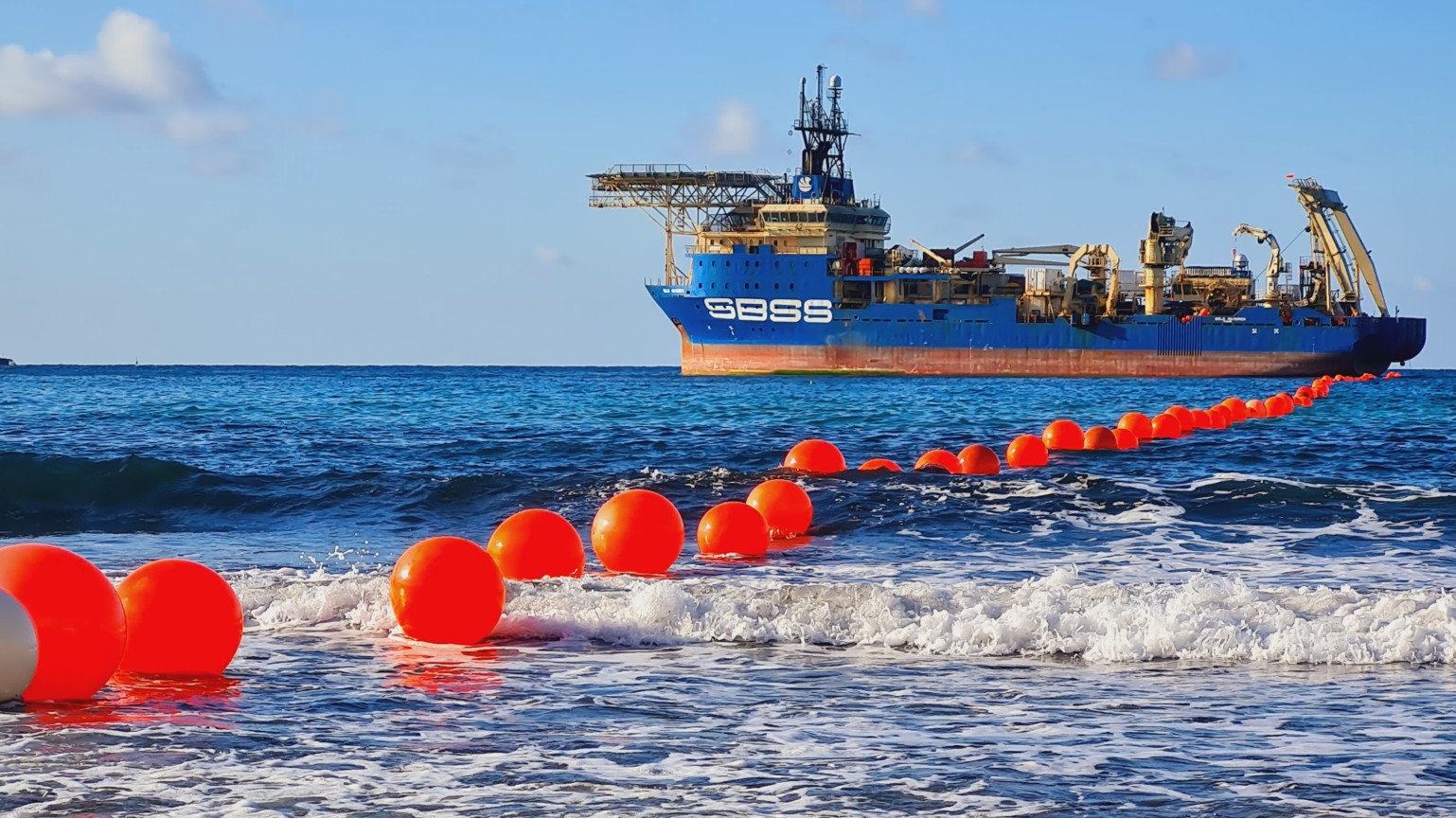 A new telecommunications cable linking Malta to France and Egypt started being laid today in the sea off Golden Bay.

The project was announced in July and forms part of the global PEACE System (Pakistan East Africa Connecting Europe) project – a multi-million-euro connectivity network consisting of a 15,000-km submarine cable between Asia and Europe.

GO’s part of this global network directly connects Malta to Marseille in France, Egypt, and beyond, making GO the first operator in Malta to have additional redundancy on international connectivity to another country other than Italy.

“GO has always been on the right side of history when it comes to investing in Malta’s connectivity to the rest of the world. Our purpose is to drive a digital Malta where no one is left behind. Over the last five years, we have invested over €100 million in digital infrastructure in Malta to bring our purpose to life. We plan to invest at least another €100 million over the next five years,” GO CEO Nikhil Patil said back in July.

End-to-end testing of the Malta branch is expected in late January or early February 2022 with full connectivity by March.