Chris Fearne to announce changes to travel restrictions, ‘including quarantine’ on Wednesday 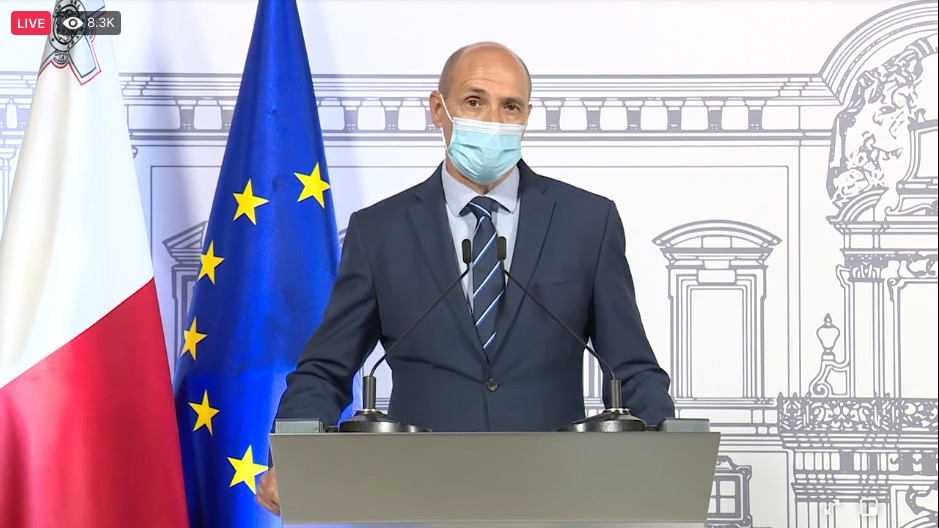 Deputy Prime Minister and Minister for Health Chris Fearne has revealed he will be announcing changes to Malta’s travel restrictions, including its quarantine protocols, on Wednesday (tomorrow).

Announcing the development on social media, Mr Fearne said the decision to update protocols has come after a biweekly meeting with Superintendent for Public Health Charmaine Gauci on Wednesday morning.

Travel rules currently require everyone arriving from countries classed as dark-red in terms of COVID to quarantine in a designated hotel upon arrival, regardless of whether they have a residence available locally or of their vaccination status.

Additionally, anyone without a locally recognised vaccine certificate, must also isolate at a hotel upon arrival.

This morning, Malta’s Union of Midwives and Nurses came out against the rule, describing it as “shameful”.

This came as a mother’s appeal to the health authorities to allow her daughter who has Down’s Syndrome to quarantine at home rather than at a hotel received widespread political and popular appeal, with politicians from both sides of the aisle, including Leader of the Opposition Bernard Grech and Labour MEP Alex Agius Saliba calling for the rules to be reassessed.

Read next: UK delays Brexit checks on goods imported from the EU till 2022