The award will be offering each applicant the opportunity to benefit from a grant varying between €5,000 & €25,000 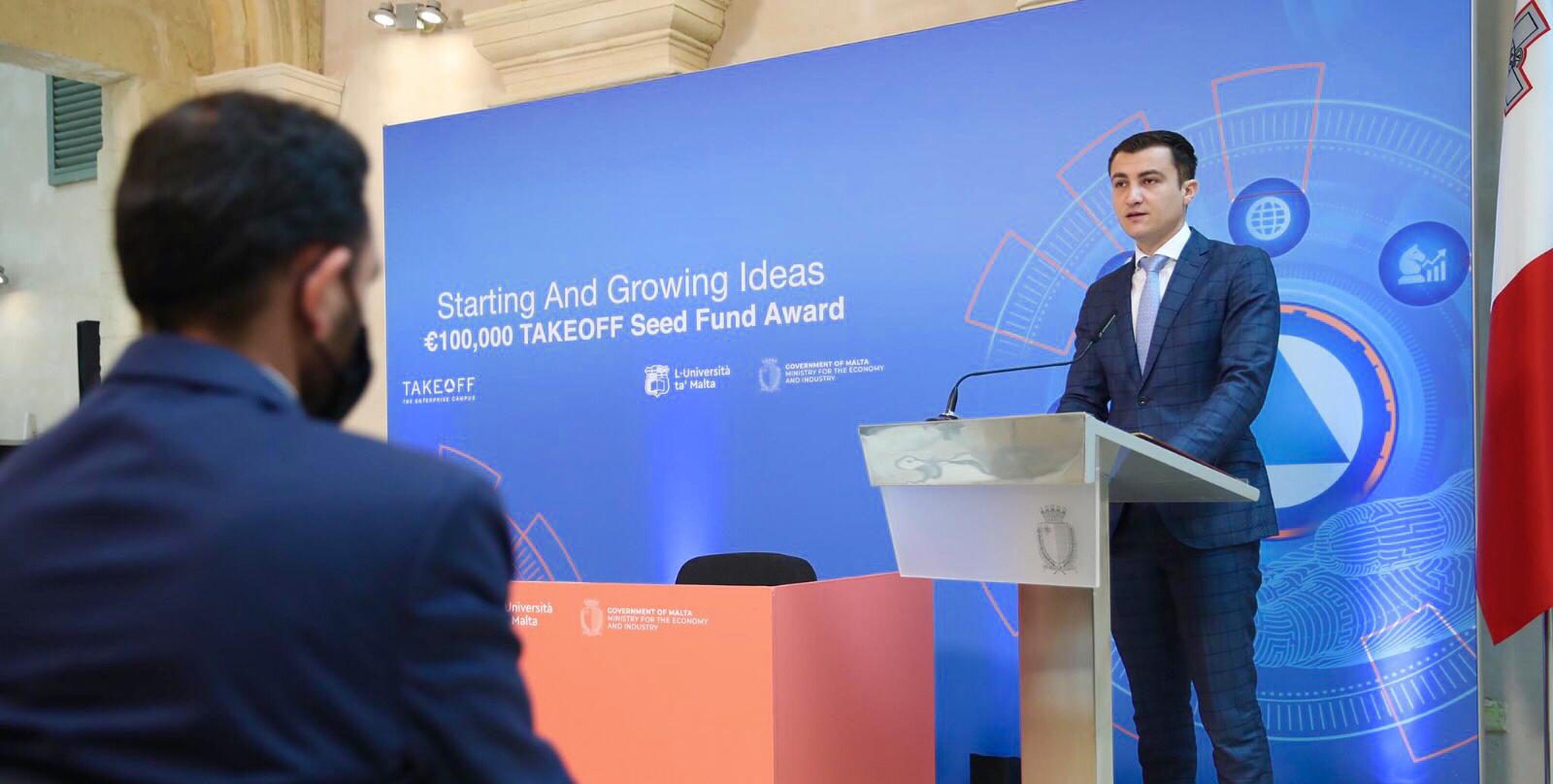 On Tuesday, Economy and Industry Minister Silvio Schembri launched a €100,000 TAKEOFF Seed Fund Award (TOSFA) to enable the next phase towards commercialisation of business and research ideas launched between the Economy Ministry and the University of Malta

Malta is driving forward a knowledge-based economy founded on research, creativity, innovation and the capabilities of the human intellect as means to elicit new areas of economic growth, Minister Schembri said

The TOSFA Award will be offering each applicant the opportunity to benefit from a grant varying between €5,000 and €25,000, which aims to enable researchers and entrepreneurs in taking the next phase towards commercialisation of their business and research ideas.

In this regard, a Memorandum of Understanding was signed between the Ministry for the Economy and Industry and the University of Malta. The fund is further supported by the UM Centre for Entrepreneurship and Business Incubation (CEBI), Knowledge Transfer Office and TAKEOFF Business Incubator.

Minister Schembri remarked that, while a large number of applications are received from cycle to cycle, the applications submitted are becoming increasingly competitive in quality.

He outlined last year’s success in seeing 44 applications being submitted, ranging from the medical field, the health and fitness industry and Information Technology. Out of these, six high valued projects were awarded (two Proof of Concepts Initiatives by the University of Malta Academics and four Seed Fund Projects by Start-Ups), noting that this is tangible proof for researchers and entrepreneurs not to fear embarking on the journey towards innovation.

Speaking about Malta’s potential in research, Minister Schembri remarked that the government is committed to be at the forefront of the global race for innovation, as it has the potential to become a beta island, where new ideas are researched and tested.

He noted that, through unremitting partnerships and assistance schemes, as TOSFA and other initiatives administered by MITA, Tech.mt, Trade Malta and MDIA, the Ministry is building an economy that is fit for this island to become an international hub for start-ups. Minister Schembri highlighted the investment being undertaken, which includes a €15 million Kordin Business Incubation Centre, creating new space for start-ups and small businesses.

In his remarks, University of Malta Rector Prof. Alfred J. Vella noted how last year had brought on challenges which none of us could have ever anticipated. He noted that, despite this, many have continued to show grit and determination in forging on with their research and launching and growing their business ventures.

UM Knowledge Transfer Office Director Dr Ing Anton Bartolo explained that the award will fund two types of initiatives. The first one is aimed at the University of Malta academic staff, who may apply for Proof of Concept funds. This will enable a step-change in taking an innovation developed through research at the University closer to being commercialised. The second will be aimed for entrepreneurs involved in a start-up, as well as students currently enrolled in the Master in Knowledge-Based Entrepreneurship course offered by CEBI.

The latter may apply for Seed Funds, which will enable a step-change in taking their independent technology or knowledge-based start-up closer to the first customer or investment. A Seed Fund and Proof of Concept workshop will be held on 27th April 2021. Attendance by at least one key member of the team is required in order for the respective application to be considered eligible. Dr Ing Bartolo advised that further information may be obtained from https://takeoff.org.mt/seed-funds/.

Submissions can be received until Thursday, 13th May 2021 at noon.