The vouchers will be distributed in coordination with the Malta Tourism Authority, MIMCOL and English language schools 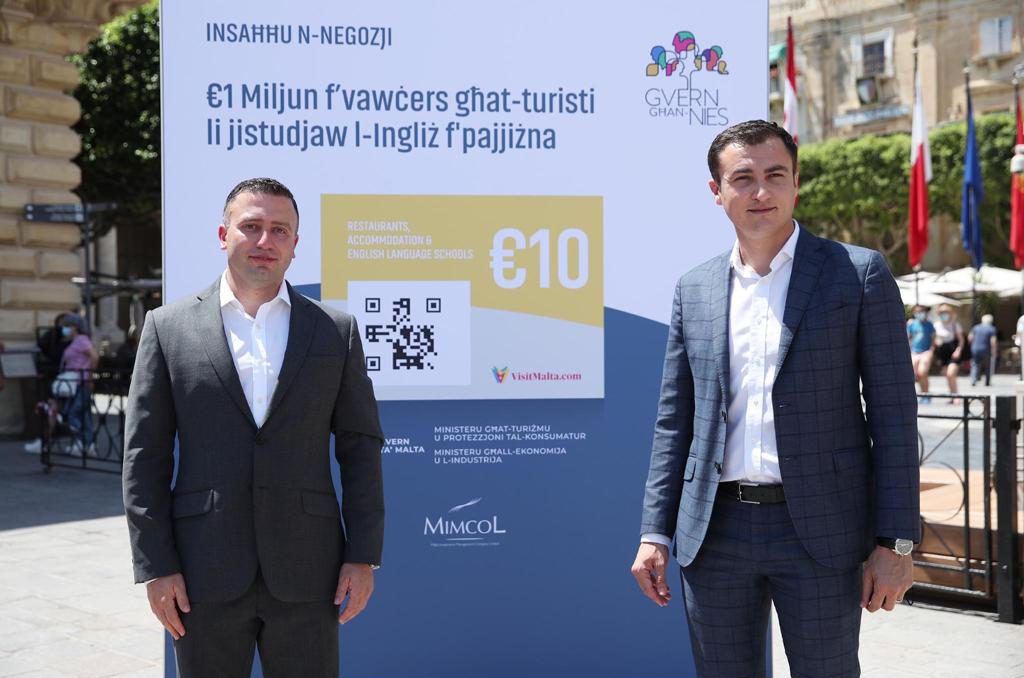 The “yellow vouchers” given to foreign students at English language schools in Malta will benefit 40 schools and 4,700 businesses, according to Economy Minister Silvio Schembri and Tourism Minister Clayton Bartolo.

These vouchers will be distributed in coordination with the Malta Tourism Authority, MIMCOL and English language schools to foreign students arriving on the Maltese islands.

Providing additional details on the scheme, which was announced last month, the ministers explained that the €1 million scheme would see yellow vouchers distributed to eligible students to spent at all businesses which are already eligible to accept the red vouchers issued to locals as part of the COVID stimulus vouchers scheme.

Minister Schembri explained that the Ministry for Economy, through Mimcol, has “taken care that the national voucher system makes it possible for those business that already accept the red voucher, to also be able to scan these yellow vouchers”.

He stated that this measure would help businesses operating in the tourism sector, specifically those which accept red vouchers, such as licensed accommodation, bars, diving schools and restaurants, translating into around 4,700 businesses.

Businesses will be able to scan the yellow vouchers in the same way they would the red vouchers, and will be required to keep them together with the VAT receipt like other printed vouchers.

Breaking down the financial details of the scheme, the Ministers explained that the scheme will operate until the end of the year, or until the full fund of €1 million is expended.

Read next: The long and short of it: Moneyval’s report on Malta