Malta’s boating sector is on a path of success 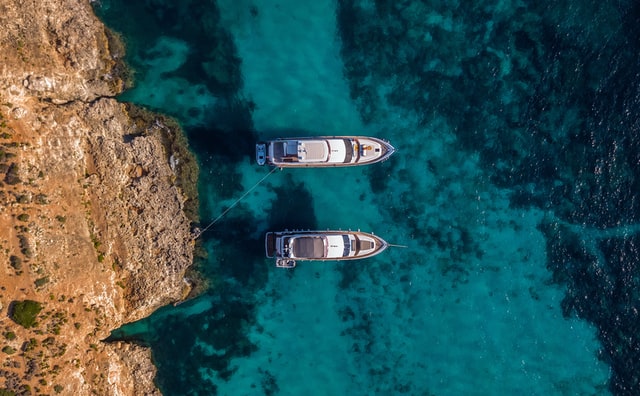 From a ship register that has become the largest in Europe after pouncing on the opportunities presented by Brexit, to landmark agreements confirming Malta as a key transshipment port, Malta’s maritime sector is one of the country’s success stories of the last years.

Key to this success has been the attraction of superyachts, which fall under the Merchant Shipping Act (‘V), and which today number over 993 flying the Maltese flag.

In a nutshell, ‘S’ boats are only allowed to operate in Maltese waters, while ‘V’ vessels can operate internationally.

The increased popularity of leisure boats is leaving a mark in other sectors too, like repair. Malta Maritime Hub, for example, has been diversifying its revenue streams, saying that the global trend to order more newbuilds will eventually lead to more business.

“Where we would have thought there’s a slowdown due to pandemic, in reality it caused more interest in this industry.”

Likewise, hardware and marine supplier Gauci Borda’s general manager, Neville Pace, finds that demand has been very strong in both 2020 and 2021, pinning it down to the limited options for leisure during the pandemic.

“Everyone started spending their money locally on things like boats,” he says, “instead of taking a holiday or going abroad as they did pre-COVID.”

The shop, which sells a large variety of materials, including ropes, paints, fillers, fenders and many more, including a range of maintenance materials, has benefitted from increased interest in the industry, although pandemic restrictions have been a double edged sword thanks to “phenomenal” increases in delivery costs.

“Truth is, I feel embarrassed to tell our clients of the cost of courier delivery. They’ve more than doubled in recent months.”

Edward Woods, owner of the Manoel Island Marina, says that while concierge services took a hit in 2021 – “there simply weren’t as many boats docking in Malta” – every other market segment has performed very well.

With the number of boats continually increasing, however, marinas are under increasing pressure to find berths for everyone.

“The industry’s growth is hampered by the lack of marinas. As things stand, there simply isn’t room to grow.”

Michael Mifsud, general manager of Yachting Malta, a public private partnership between the Government and the Royal Malta Yacht Club set up to put the country on the map for international yachting events.

“The widespread restrictions on the activities people could do impacted demand in two ways,” he explains. “First, they made people feel trapped, and second, they left them with plenty of disposable income.”

Sailors and boat owners, however, could go out to sea at any time, leaving the pandemic behind the for a few hours or days – something that did not go unnoticed by those stuck at home.

“The wave of increased demand started with the jet ski sector,” explained Mr Mifsud. “It simply exploded.” This was followed by ribs, something he explains was a novelty for Malta, where the craft was not so popular previously. “It became something of a trend. Couples went to jet skis and small families went for dinghies and small boats.”

The real difference was noted in summer of 2020. While boat sales typically decrease after June, that year they just kept increasing, a phenomenon that was only tempered in 2021 due to issues in the supply chain that led to long wait time for certain deliveries, especially for engines.

On the sporting side, Yachting Malta is hard at work attracting all kinds of watersport events.

“Our weather is simply incredible, especially to those visiting from northern Europe,” he says, pointing out that events like the Rolex Middlesea Race leave up to €4.7 million in the local economy in just a week.

“We are looking to replicate that success with other events, including the the Malta Race Week.”

The idea behind this event is for a week of sailing activities, where participants come to Malta and compete during the day, while enjoying scial events in the evenings.

“We want to imitate what happens in Antigua, Naples… it’s about putting Malta firmly on the yachting map.”