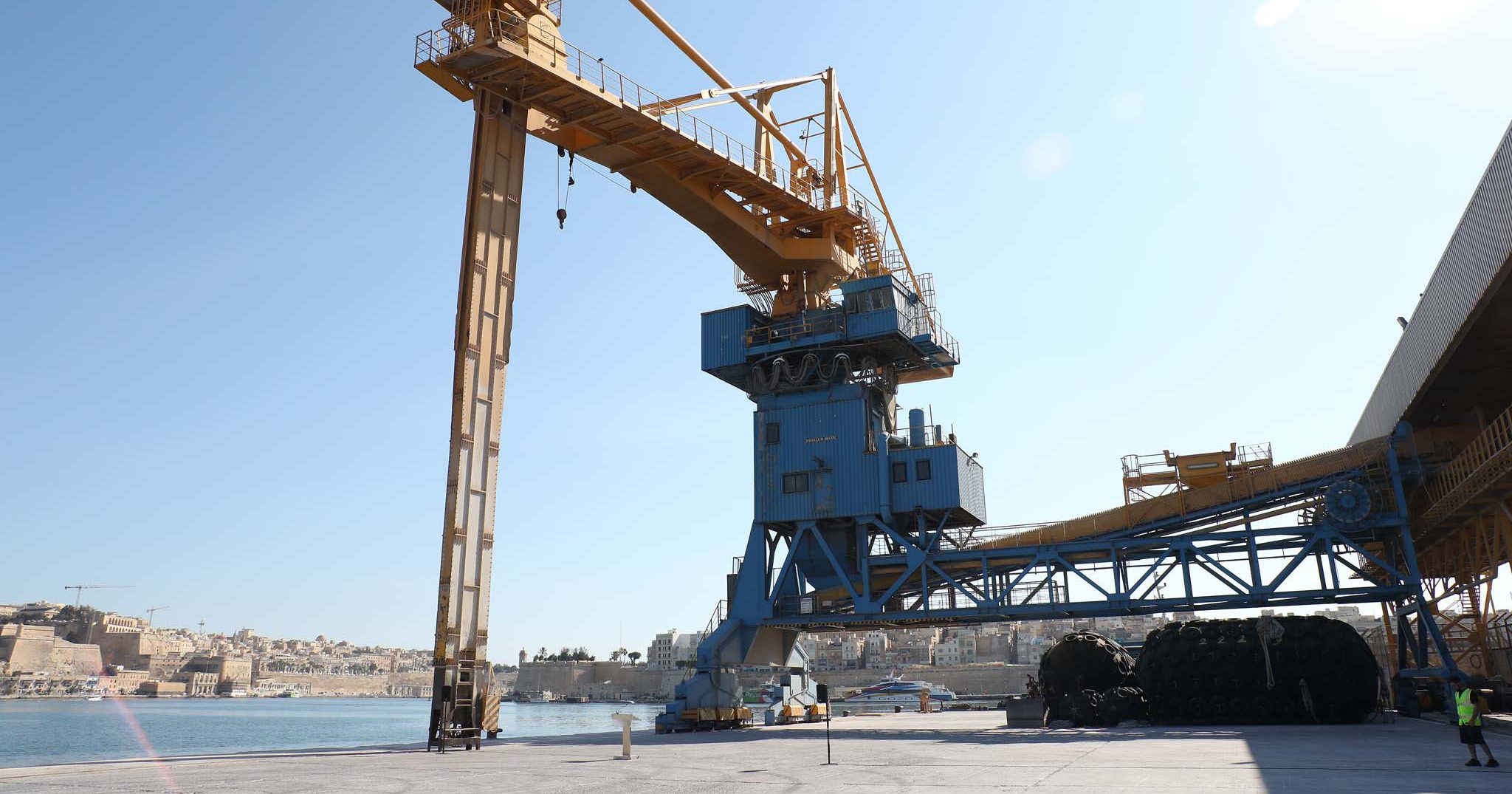 The Government has announced that it will be investing €4 million in a new crane for the Kordin Grain Terminal in a bid to cut its operating expenses and ensure smoother and more efficient operations.

The terminal, which has been active for 38 years, is a key part of Malta’s food security infrastracture, with its silos holding 88,000 tonnes of wheat and grain. Over the past year, it discharged 100,700 tonnes of cereals to the local market, according to Minister for the Economy, European Funds and Lands Silvio Schembri during a press conference at the site.

He said that its role is “now more important than ever as it will be instrumental in ensuring, as much as possible, that prices remain stable”.

The Minister was there to announce the €4 million investment, which covers the purchase of a new crane which will replace one that has been operating from the beginning, which he said will lead to a more smooth and efficient operation at the terminal, thereby reducing its expenses.

The work on the crane is expected to start in September and will be finalised by the end of October.

Minister Schembri also spoke about the importance of storing wheat and grain during these times of uncertainty, especially since these two essential products were affected by the war in Ukraine.

He explained that the Kordin Grain Terminal, located at Ras Ħanżir, will play “a crucial role in keeping prices as stable as possible in our country”.

Apart from the new crane, Minister Schembri announced that the Government will be subsidising the price that importers pay to store their products in the facility, saying that “this will allow importers to be able to buy in bulk and thus ensure more price stability.”

The investment is one of a string of measures that the Government is implementing to reduce the impact of the war in Ukraine on the prices of most basic items or products.

On Wednesday, the Malta Development Bank launched a €150 million scheme to enhance access to bank financing to support undertakings whose cashflow was adversely impacted by the disruptions in supply chains and other pressures brought about by the Ukraine crisis.