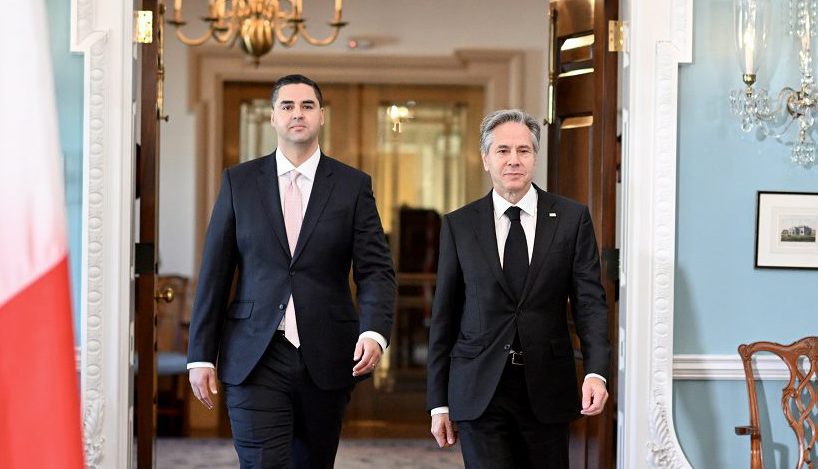 Connectivity and commercial relations between Malta and the United States of America were high on the agenda in meetings held this week between Ian Borg and top American Government officials, which also considered security and maritime development.

Malta’s Minister for Foreign and European Affairs and Trade met with US Secretary of State Anthony J. Blinken and US Transport Secretary Pete Buttigieg, who made headlines during his campaign to become the Democratic Party’s 2020 presidential candidate due to his Maltese roots.

With Secretary of State Blinken, Minister Borg discussed the strengthening of bilateral relations between the two countries, especially in the areas of maritime security, cybersecurity and the situations in the Mediterranean region.

Minister Ian Borg also spoke about how it is gratifying that Malta is attracting interest from American companies and looks forward to further collaboration in the trade relationship between the two countries.

“Malta’s seat on the United Nations Security Council will be a great opportunity to be able to work more together in multilateral fora. That is why we discussed our country’s priorities closely so that through dialogue together, we work towards stability and peace between countries,” said Minister Ian Borg.

Following this meeting, Minister Borg met with Transport Secretary Buttigieg, where he spoke about the strong advances that Malta has made in recent years, in particular with regard to the Maritime Registry, which is today the largest registry in Europe and the sixth largest in the world, and the Maltese Aviation Registry.

He also spoke about the important role Malta plays in the International Maritime Organisation.

“Malta has always been a pioneer in the maritime sector and even now that we will be on the United Nations Security Council we will again work on this important area. During this period, our country will be working on the impact of sea level rise on developing islands,” said Minister Borg.

Transport Secretary Buttigieg noted the work done in recent years by the European Union on legislation and the implementation of environmental laws in favour of more sustainable transport. Minister Borg spoke about how the Fit for 55 Package has been approved in recent days and gave a snapshot of Malta’s work in this regard.

The two officials also made a commitment to “work hand in hand to explore the possibility of better connectivity between the two countries”.

Minister for Foreign and European Affairs and Trade Ian Borg and US Secretary of State Anthony J. Blinken

Read next: Malta increases gas consumption, while the rest of Europe saves