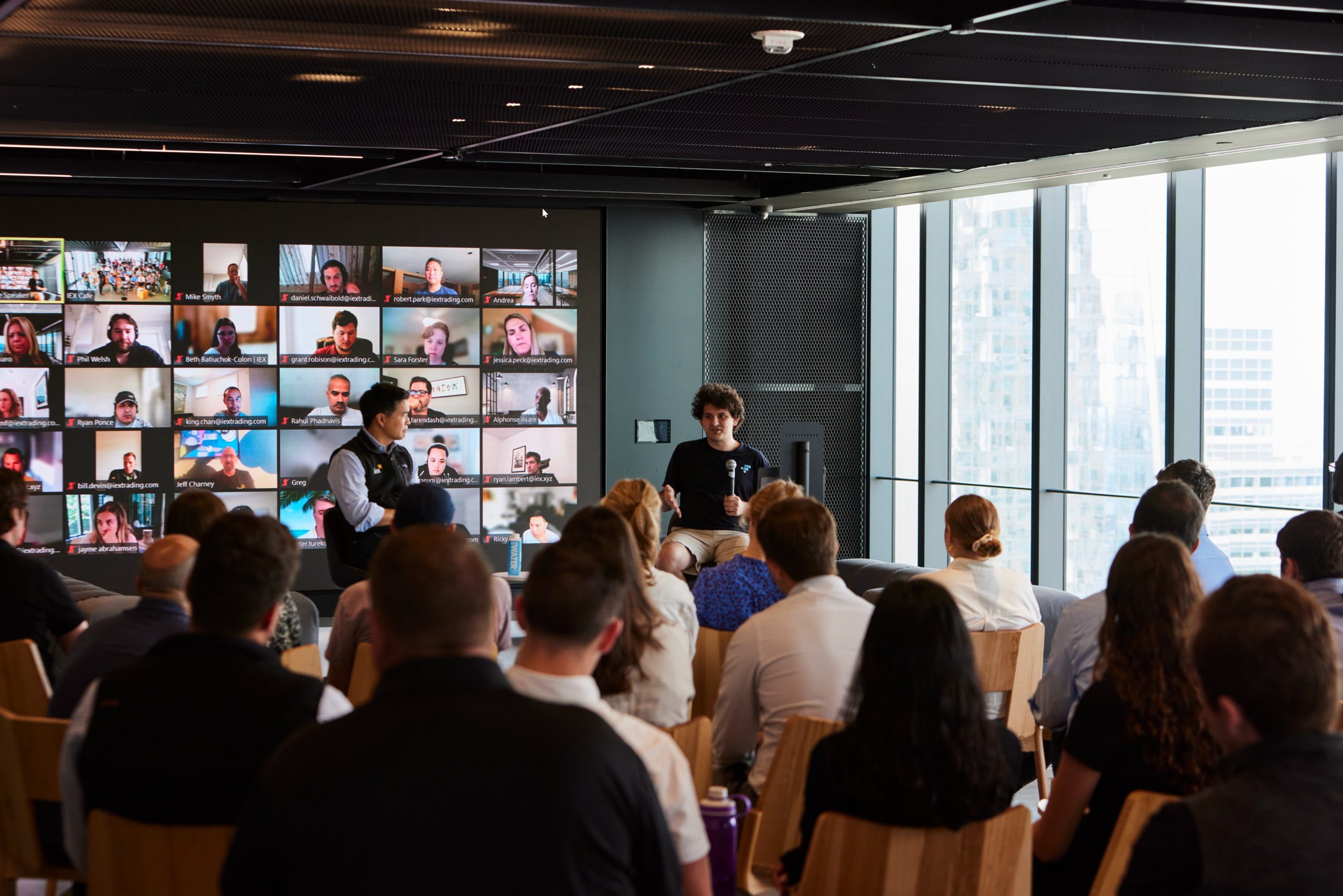 The last few days have seen the remarkable collapse of crypto exchange FTX and the fall from grace of its CEO, ‘King of Crypto’ Sam Bankman-Fried, who is now understood to be “under supervision” of Bahamas authorities to prevent any attempts to flee to a country that does not have an extradition treaty with the United States.

The factors leading to the fiasco have been well-covered, but in a nutshell, Mr Bankman-Fried’s companies have ostensibly been investing their clients’ deposits into other risky ventures, while holding much of their capital in a token issued by FTX itself, creating a vastly over-leveraged set up that has blown up in sensational fashion.

BusinessNow.mt caught up with Joshua Ellul, director of the Centre for Distributed Ledger Technologies at the University of Malta, and Luca Peric, a software engineer and crypto enthusiast, for their takes on the FTX debacle.

Both agreed that the collapse has nothing to do with cryptocurrency as such, but rather with the lack of proper oversight and regulation of centralised exchanges, like FTX.

Professor Ellul explains that FTX is the same as the traditional finance world’s centralised trading platforms, with the real difference being the different regulatory requirements typical of finance and that typical of crypto.

“What typically protects such platforms (traditional or other) from ending up in this sort of disaster, is by having regulation and regulators overlooking them. Even then we have seen traditional platforms fail,” he says, adding that the extent to which FTX was regulated remains unclear.

He speculates that “it could be the case that they had different entities, and masqueraded some entities as being regulated which were not – by pretending they were regulated under the other entities’ licenses.”

One thing that is important to clear up, says Prof. Ellul, is that “the saga has nothing to do with cryptocurrency as such – but more to do with assets, balance sheets and ensuring proper oversight. The platform could have claimed to have and allow for different types of assets to be traded in a similar manner.”

Mr Peric adds that the cult of personality built up around Mr Bankman-Fried was a red flag in itself, describing the idea of wholly entrusting investments in a person and their company as a way to avoid self-custody. “It is dangerous, and runs counter to the crypto ethos,” he says.

However, Mr Peric does see a potential silver lining, hoping that FTX’s collapse and the resulting increase in investor cynicism could encourage the sort of transparency norms that the blockchain was meant to support, and which would not have been possible in previous eras of finance.

The FTX story is also worrying for the broader investment space, as it enjoyed the support of several large and well established institutional investors, including BlackRock (the world’s largest asset manager), SoftBank, Ribbit Capital, Tiger Global, and about a dozen others.

Asked whether retail investors’ inclination to be wary might have been dampened by the inflow of capital from institutional investors, Mr Peric again points out that this is part of people’s “natural” tendency towards centralisation, and warns against the delegation of responsibility.

“At the end of the day, institutional investment should be treated as a signal amongst a host of other signals, where it should have variable weight according to your bias towards trusting centralised parties (‘if they’re in, then I’m in’ is a highly fragile example of only one signal, maximal trusting, minimal work).

“At the minimum, it signals industry liquidity and skin-in-the-game interest with the caveat that the investments feature as part of a fund’s portfolio and should be considered holistically. However, people will try to get away from doing the work themselves via the delegation of responsibility in order to get a quick buck.”

Both Mr Peric and Prof. Ellul stress that owning cryptocurrency and trusting a centralised institution to hold onto it defeats much of the purpose of crypto. “I did not and do not have any holdings on centralised exchanges for a reason,” says Mr Peric, while Prof. Ellul speaks even more strongly, arguing that “FTX is the exact opposite of what a cryptocurrency really provides and is about”.

He continues: “The concept of cryptocurrency (most particularly Bitcoin) was to ensure that people had full control of their funds, and not to have them stored in a centralised exchange. If the exchange goes bust you would lose your funds, yet if you kept your cryptocurrency yourself (in a wallet) you would be safe from losing your funds.

“The motto is ‘not your keys, not your crypto’ – which means if you do not have the password to your wallet, then, really, you do not have crypto, but you are entrusting a centralised entity, an exchange much like a bank with your funds. Do we trust our banks with storing our money? Many do, because they are regulated. Would you trust an unregulated bank with your money? Probably not. It is the same thing.”

For Mr Peric, the FTX collapse serves as a “reminder why the decentralisation ethos exists”. He acknowledges that the issue of self-custody of tokens is a hard one and requires more effort to resolve. “It might always be a question of baseline difficulty [to have custody of your own crypto] versus blind trust [in centralised exchanges or wallets], but then it’s just a case of minimising the difficulty of the former to the minimum possible, as in the work done by Argent Wallet in this space.”

Prof. Ellul, who formerly led the Malta Digital Innovation Authority, adds that the solution for the crypto sector, in this case, is exactly the same as the solution in the traditional finance sector – that of regulation and oversight.

“This is exactly what Malta’s Virtual Financial Asset (VFA) framework seeks to provide protection from. More recently, the EU passed an EU wide framework for the same thing (MiCA) – which I have heard many say that it has many resemblances to Malta’s VFA framework. This would be great since Malta will be able to quickly adapt to be MiCA-compliant.”

The bottom line, then, is not that the crypto sector is fundamentally riskier or prone to collapse than others, but that regulation is a necessity when dealing with centralisation, and that investors should refrain from following the herd, even if the herd includes the so-called ‘smart money’.

Read next: Paris overtakes London as most valuable stock market in Europe