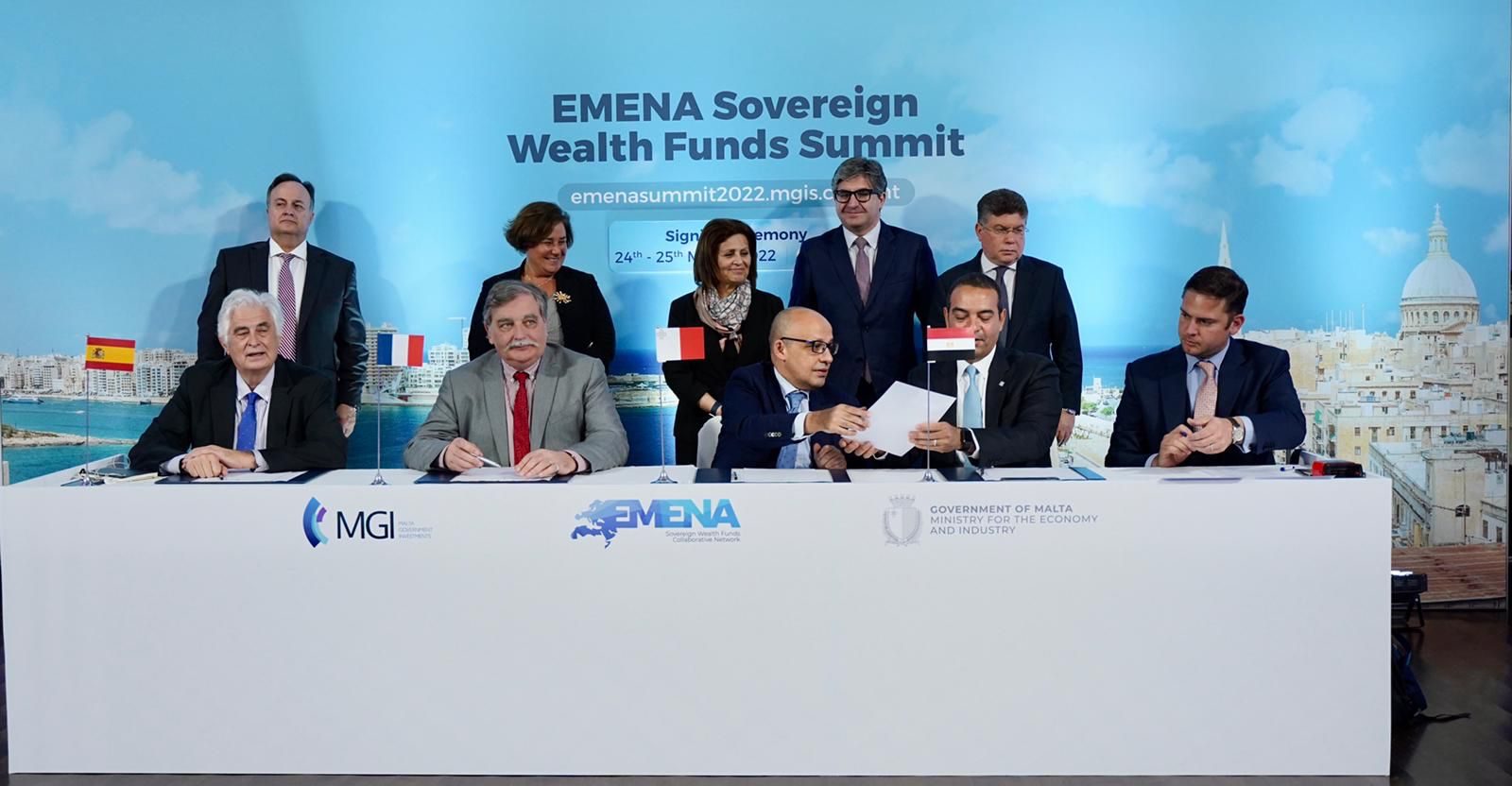 A new foundation has been set up in Malta to serve as a regional platform for the sharing of information and coordination of investments by sovereign funds in the Mediterranean region.

The Compañía Española de Financiación del Desarrollo (COFIDES) signed a memorandum of understanding with the three parties with the intention to become a member of the EMENA Foundation.

The foundation lays the basis for a Mediterranean collaboration network where members can meet and exchange experiences and available information on investment opportunities to achieve national and sustainable economic development goals in Europe, the Middle East and North Africa.

Speaking to BusinessNow.mt, Herald Bonnici, CEO of MGI, says that the setting up of the EMENA SWF Foundation will help sovereign wealth funds discuss co-investment opportunities and share investment risk in the EMENA region.

He points out that each player’s long experience as a stakeholder in the region means that each has developed an acute understanding of the particular opportunities and challenges represented in the Mediterranean.

“Our end objective is economic growth and stability,” he says. “In the process, we will try to correct economic disparities and encourage and enhance private sector investment.”

The collaboration network further aims to crowd in sovereign fund-backed capital that will help unlock significant private investment flows to de-risk and fund projects or companies in the EMENA area, that has an investment funding gap of €650-850 billion, with a special focus on green technology, sustainable development, SMEs and innovation.

The signing was witnessed by the Permanent Secretary of the Ministry for Economy and Industry, the Ambassadors for Egypt, France, Spain, and the Chairman of MGI.

“Malta Government Investments is very proud to have led in the past two years the setting up of the EMENA (Europe Middle East North Africa) Sovereign Wealth Funds Collaborative Network together with Bpifrance and The Sovereign Fund of Egypt. The EMENA SWF Foundation, based in Malta, is a network of sovereign funds in the region that will discuss and share co-investment opportunities,” said Mr Bonnici.

“TSFE’s collaboration with MGI, Bpifrance and COFIDES in establishing the EMENA SWF Foundation emphasizes the fund’s commitment to unlocking the investment potential in Egypt by creating long-term investment partnerships with investors and sovereign wealth funds in the region. TSFE’s leading role in developing flagship projects in Egypt that are economically and environmentally sustainable sets the basis for cooperation and knowledge sharing with members of the foundation, opening new investment opportunities, and fulfilling developmental goals in the region. It is indeed another step towards reaching our Egypt Vision 2030,” said Ayman Soliman, CEO of The Sovereign Fund of Egypt.

Pascal Lagarde, executive director of Bpifrance, said the agreement “marks the beginning of a new cooperation between institutions in the EMENA region, the idea of which emerged on the occasion of the 2019 Med 7 Summit in Malta, where the concept of a platform for regional cooperation was discussed between French President and Maltese Prime Minister.”

“For Bpifrance,” he continued, “the EMENA SWF Collaborative Network is an opportunity to strengthen its action in the Mediterranean region, favour the economic development of its neighbouring countries and generate business opportunities for French companies in the area.”

“We welcome this partnership among sovereign wealth funds focused on the EMENA region. With this new initiative, COFIDES reinforces its participation in organizations led by sovereign wealth funds, currently key financial players thanks to its stabilising role through medium and long-term investment strategies. COFIDES is also an active member of the International Forum of Sovereign Wealth Funds (IFSWF) and the One Planet Sovereign Wealth Funds network,” said José Luis Curbelo, Chairman of COFIDES.

Malta Government Investment is a wholly state-owned company having as subsidiaries about half of companies owned by the Maltese Government. These include, among others, Gozo Channel, Enemed and WasteServ.