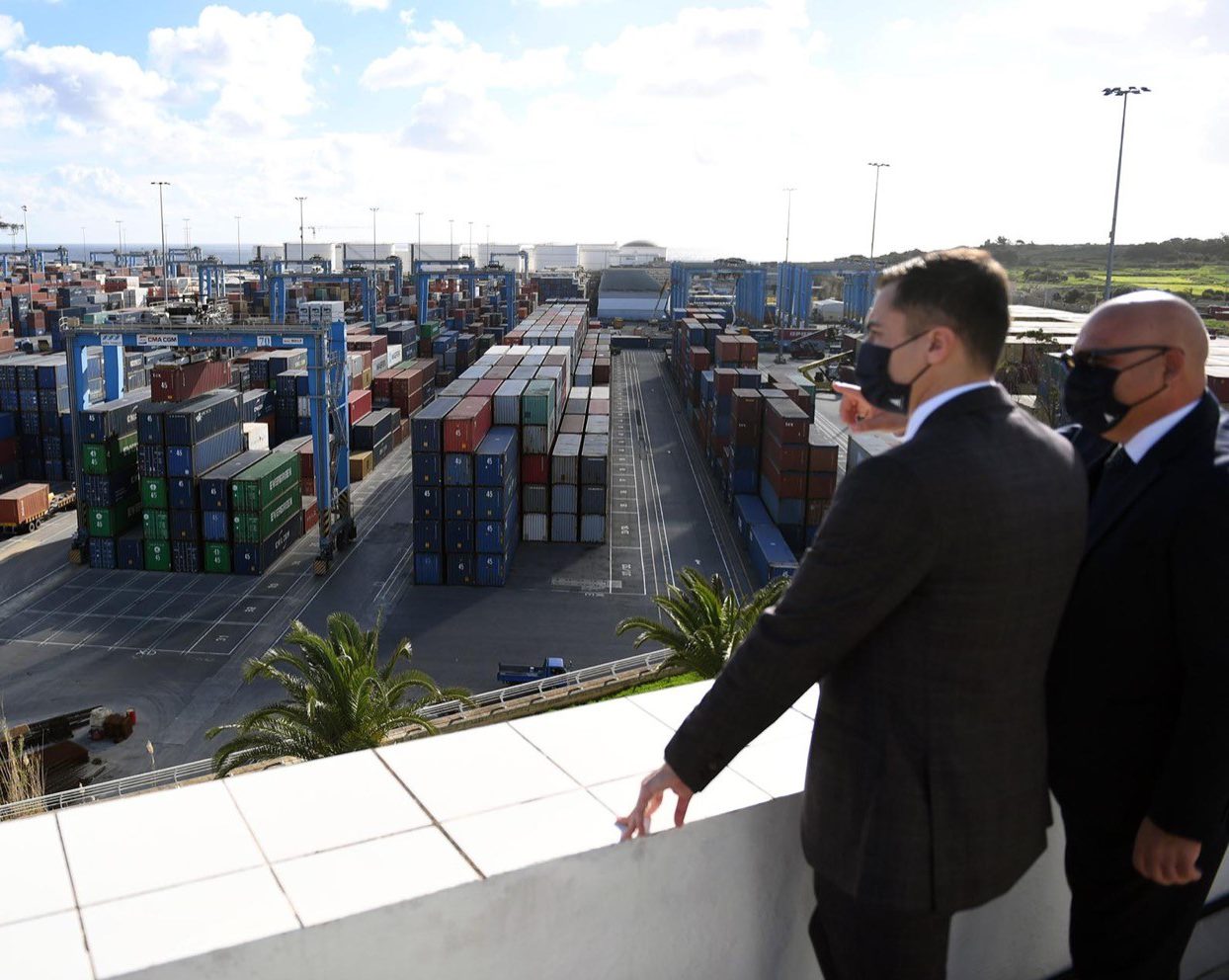 As part of that investment, Malta Freeport will spend €12 million on an onshore power facility to provide power to berthed ships, allowing them to switch off their engines, thus reducing harmful emissions and disruptive noise for local residents.

Also key among the investments, will be the purchase of two modern cargo cranes for €20 million, which are to be installed by summer 2021.

Mr Schembri praised the contribution of the Freeport to Malta’s economy, saying that it has played a key role in the delivery of raw materials for use by local industry, thus facilitating Maltese exports.

He also remarked that the freeport’s 2020 performance was very encouraging, despite the challenges of COVID, and that in 2020, the freeport received 2.4 million containers. Contributions from the port to the local economy were €160 million.

Alex Montebello, the Malta Freeport Terminal CEO said that despite the economic difficulties caused by the pandemic, the freeport has continued with important investments, to maintain its role as one of the main pillars of the Maltese economy.