2,000 people from 60 countries are expected to take part in the workshops 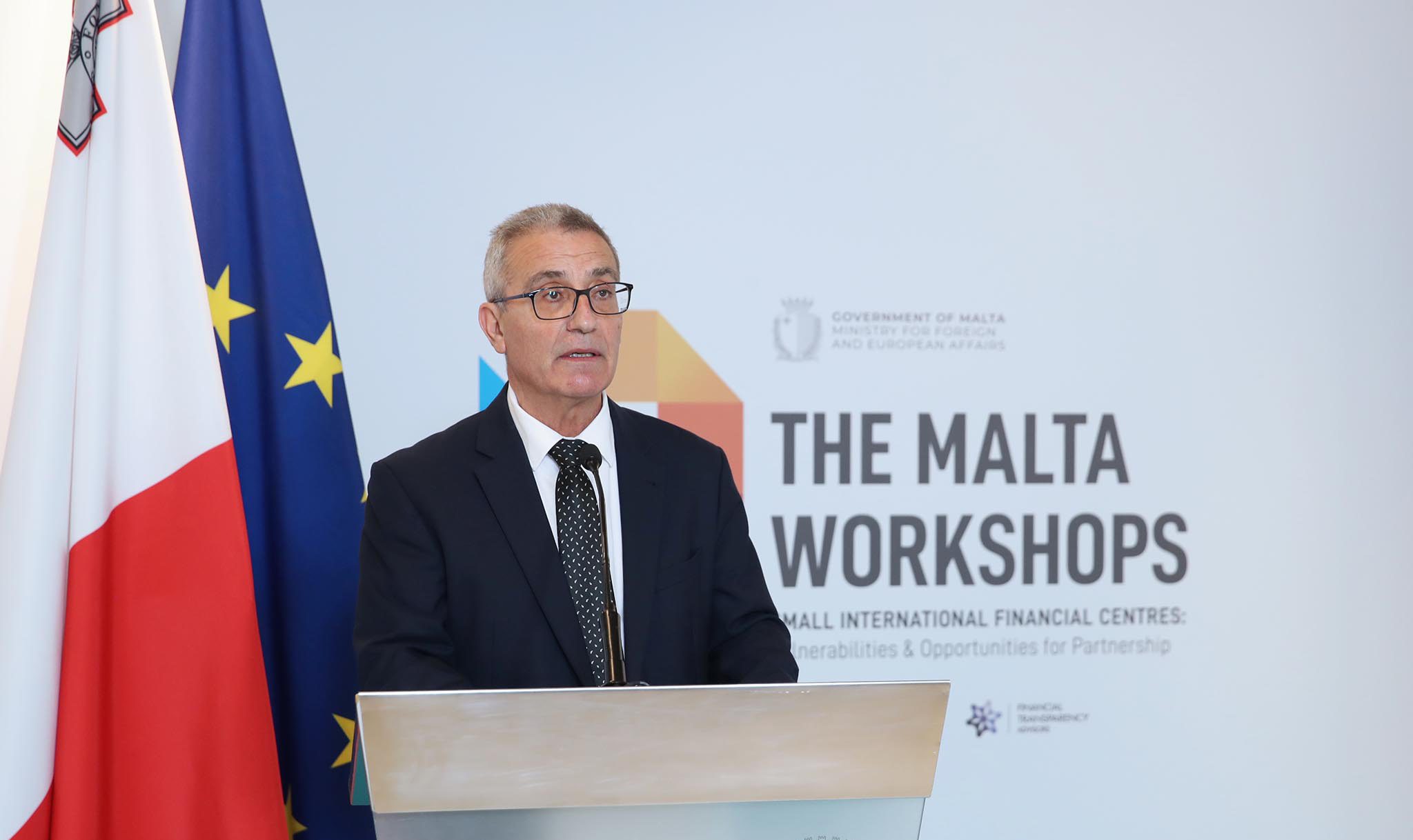 On Tuesday, the Government launched the Malta Workshop — a forum allowing officials from small international financial centres to meet, with the participation of international experts, to discuss the challenges and vulnerabilities they face in attracting international business.

The workshops, operated by the Ministry for Foreign and European Affairs in collaboration with the National Coordinating Committee on Combatting Money Laundering and Funding of Terrorism, has aroused great interest, the Ministry commented.

So much so, it said, that around 2,000 people from 60 different countries are taking part and representing state agencies and institutions, national banking authorities and institutions, technical agencies involved in combating money laundering and the financing of terrorism, and embassies.

The series of five workshops will also include participants from various international institutions including Moveyval, the International Monetary Fund, the Council of Europe and the European Central Bank.

Participants will explore ways to strengthen co-operation between them and how such co-operation can result in tangible achievements worldwide.

In this context, the workshops will deal with a different aspect each day together with distinguished international and global experts, who will also address questions and comments from participants.

The workshops will also address how small international financial centres can benefit from a global framework of cooperation and collaboration with other partners at national, regional and international level, with a view to finding common solutions to this common challenge.

In his opening address, Minister for Foreign and European Affairs Evarist Bartolo held that the challenge of corruption, money laundering and terrorist financing is a major challenge being faced by every country, and that such a global obstacle can only be addressed at a global level.

He stressed that, while Malta wants to strengthen the institutions, the whole country must be pulling the same rope against said crimes.

In this context, Mr Bartolo added that the institutions are as effective as the honesty and integrity of the people inside them and, as such, everyone; including political parties, business associations, unions, the media, the church, the education system and civil society; must do their part.

The workshops come as the sweeping reforms instituted after Malta’s shock failure in a 2019 test by Europe’s Committee of Experts on the Evaluation of Anti-Money Laundering Measures and the Financing of Terrorism (Moneyval) appear to have wrought fruit.

According to reports in local media, the country is expected to receive an all-clear from Moneyval, avoiding a potentially ruinous grey-listing.

Despite the positive signs, experts have warned that it will be a long time until Malta enjoys a good reputation. Indeed, Prime Minister Robert Abela has remained adamant that there is more work to be done in strengthening Malta’s laws and enforcement of these laws.

In the meantime though, Malta’s institutions have accelerated in their operations. For example, according to data cited by Times of Malta on Tuesday, Malta’s money-laundering probes have shot up by 200 per cent since international scrutiny began “some three years ago”.