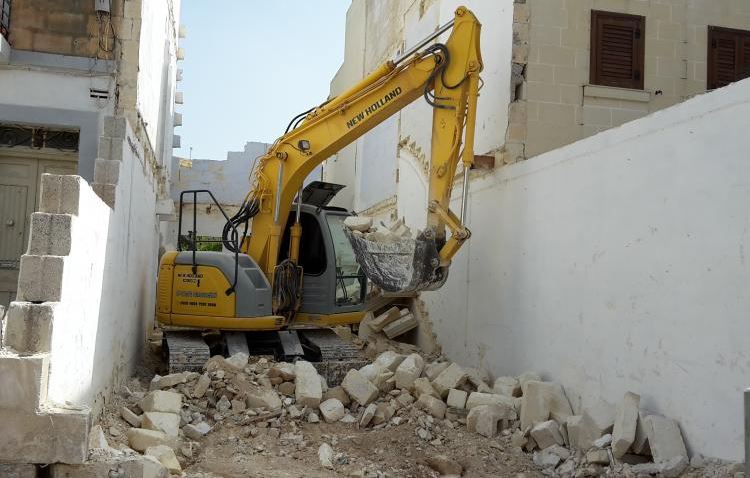 A revision in the hours in which demolition and excavation are allowed to proceed is expected to speed up development projects, with the changes enabling contractors to work more efficiently and save time, according to the Malta Developers Association (MDA).

Following an announcement made on Monday by the Minister for the Environment, Climate Change and Planning Aaron Farrugia and the Parliamentary Secretary for Construction Chris Agius, from yesterday, Tuesday 9th November, the hours during which excavation and demolition works can take place changed to between 7.30am and 4pm.

Previously, contractors could demolish and excavate between 8am and 2pm and 4pm to 8pm.

In comments made to BusinessNow.mt, MDA director general Deborah Schembri explains that allowing demolition and excavation to take place between 2pm and 4pm will speed up these crucial phases of development.

“Much less time will be wasted,” she says, “as contractors are more likely to work those two extra hours in the afternoon affected by the legal notice. Currently, contractors often go and do something else during that time, and often not come back to the site before the next morning.”

Dr Schembri says the association is always in favour, and always works towards, anything that allows work to proceed more quickly.

“Anything we do is always in light of that,” she commented.

Asked whether the move can be expected to lead to lower building costs, Dr Schembri declined to answer, explaining that “money never figured in our talks with the Ministry. We always spoke about building a bridge to the people who come home after a long day of work only to find drilling happening next door.”

In fact, she says that the MDA worked with the authorities to implement the change, and “very much promoted it”, in response to complaints by people living in properties neighbouring construction sites where excavation was taking place.

“People weren’t happy with such work stopping and then continuing. They prefer that it finishes at a certain point, before most people return from work.”

She says the lobbying was a result of the association’s commitment to pleasing the public. “Obviously, we prefer not to have complaints.”

“Ultimately,” she concluded, “this will result in fewer hours of construction work during the times most people are at home, so noise pollution will decrease.”

Read next: Business travellers to Malta increase by 75% in September