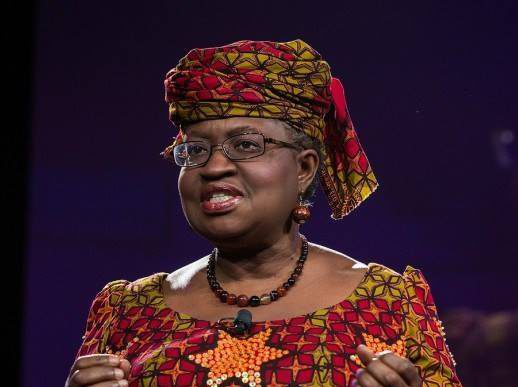 Nigeria-born Ngozi Okonjo-Iweala is set to become the first woman and the first African to lead the World Trade Organization (WTO).

The road for her to do so was cleared on Friday as her main competitor, Yoo Myung-Hee of South Korea, dropped out of contention following “close consultation” with the United States.

Dr Okonjo-Iweala was born in Nigeria in 1954. She sits on the boards of Twitter and the Global Alliance for Vaccines and Immunization, amongst others.

She spent 25 years at the World Bank, working as a development economist, before climbing the ranks to the number 2 position of managing director, operations in 2007.

The WTO, which is tasked with promoting free trade, has been without a permanent director-general since Roberto Azevêdo stepped down a year early after the organisation was caught in the middle of the escalating trade fight between the United States and China.

The Trump administration was highly critical of the WTO, which was undermined by America’s imposing of tariffs on Canada, Mexico, China and the European Union.

President Joe Biden has already taken steps to restore support for multilateral institutions after the damage dealt to support by ex-President Trump.

Dr Okonjo-Iweala’s will ascend to Director-General-ship aiming to help mend both a world economy battered by COVID, and a world trade system shaken by Sino-US economic conflict.