‘Not the time to remind people how we reached this point’: Opposition parties respond to greylisting 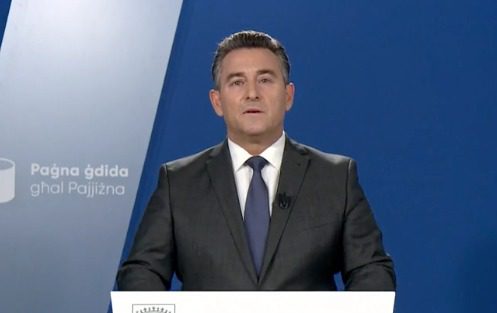 Malta’s key opposition parties have responded to Malta’s greylisting by the Financial Action Task Force (FATF), with the PN and the Greens unified in dismay but divided on the country’s next steps.

Speaking on Wednesday evening, PN leader Bernard Grech described the greylisting as a “punishment for the entire nation”, and argued that when the FATF next meets in October, “Malta must be on the agenda, this time to return to the white list”.

He called for “a national consensus” to be formed and stated that “this is not the time to remind people why we reached this point.

Dr Grech also urged the Government to join the PN in setting up a “national task force” to coordinate work and mitigate the damage dealt by the grey listing and eventually undo it.

The task force, he proposed, would involve financial crime experts, social partners and representatives from both major parties.

Taking a different approach to the PN, the ADPD was keen to remind that the development came after several years of “zero enforcement”.

It called for an end to the policies that have “transformed Malta into a tax haven”, and for the resignation of the Governor of the Central Bank, Edward Scicluna, who is the former finance minister.

“All this mess was directed by [former Prime Minister] Joseph Muscat and [Prof] Scicluna… who has been rewarded by his appointment as Governor of the Central Bank”, they said.