Number of hotel beds in Malta keeps increasing despite COVID

This is above the level recorded pre-COVID 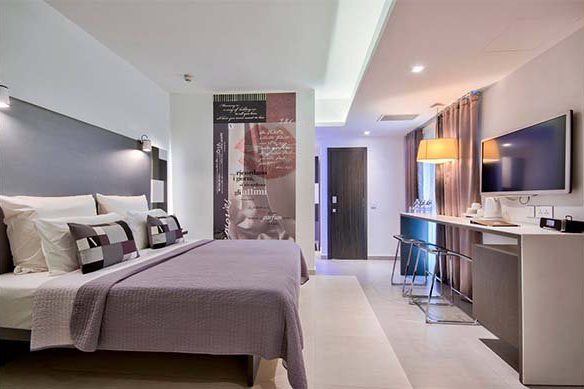 The number of bed-places at Malta’s hotels hit 38,843 during September 2021, up from 36,805 during the same month the year before, according to new statistics from the National Statistics Office (NSO).

The increasing number of beds came as only 54.8 per cent of beds were occupied during the month, which while low, is still 24.8 per cent higher than the same figure in the previous year.

These figures chart the continuation of a concerning phenomenon for Malta’s tourism industry, which even prior to the pandemic is said to have been “overheating”.

As was pointed out at the Malta Hotels and Restaurants Association (MHRA)’s Annual Forum 2021, the supply of tourism accommodation in the country has increased rather dramatically in the years pre-COVID, leaving operators struggling to maintain profit margins.

In more promising news for the country’s tourism sector, the number of nights spent by visitors at collective accommodation establishments (including not only hotels) in the third quarter of the year was 2,068,655 and 99,925 for Malta and Gozo respectively.

This was a significant increase on the 1.1 million recorded in the same period during 2020.

The average length of stay in collective accommodation establishments also increased, reaching 5.2 nights in the third quarter of 2021, up from the average of 4.1 nights registered during the same quarter of 2020.

On a national level, during September 2021, there were 216 active collective accommodation establishments with a net capacity of 18,776 bedrooms and 43,269 bed places.

On a regional basis, net occupancy rates in Malta increased by more than in `Gozo, climbing by 25 per cent as opposed to 19.6 per cent.

However, overall, the occupancy rate in Gozo and Comino was higher than Malta, standing at 60.3 per cent compared to 54.5 per cent.