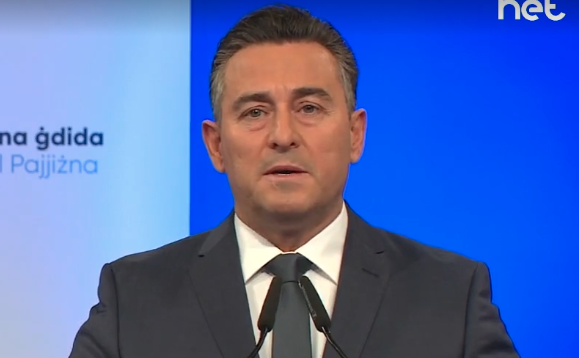 Malta’s Leader of the Opposition, Bernard Grech has called for the declaring of a public health emergency after Malta recorded its largest single-day spike in cases since the beginning of the COVID pandemic.

“Maltese families, businesses, teachers, parents and children are all paying the price for [Prime Minister Robert Abela’s] failure to control the pandemic,” he said.

As such, he called on the prime minister to let the health authorities manage the pandemic on the basis of science and medical evidence, so COVID case numbers can be brought under control as soon as possible.

In his short statement on Wednesday, Dr Grech said it is clear the pandemic has escaped the control of the Prime Minister, and slammed him, saying “the Prime Minister sowed haughtiness and hard-headedness – he sowed arrogance”, “made irresponsible declarations, and took wrong decisions”.

Dr Abela has come under increasing fire in recent weeks, as spectators accuse him of arrogance and inaction. Critics especially refer to his message at the end of 2020, in which he underlined that Malta had performed better than many other countries, and was on a road back to normality by March.

Dr Grech addressed the Prime Minister’s responses to criticisms of Government mismanagements in his statement, saying, “whilst you are concerned about your loved ones and your businesses, the captain of the ship who steered us into this storm collapsed under pressure last week and has now has disappeared.”

Here, Dr Grech was referring to last Thursday’s press conference, which saw Dr Abela, facing probing questions by journalists, issue a pugnacious defence of his Government actions, and refusing to apologise for its perceived failings.

Wednesday’s explosion of cases has seen calls in some quarters for a lockdown to be introduced by the Government, and for the temporary suspension of air travel through Malta International Airport.

The country’s business leaders were divided, but generally reticent when asked about the proposed lockdowns, with Malta Hotels and Restaurants Association (MHRA) President Tony Zahra saying his organisation only hopes the Government consults it before introducing any lockdown.

Read next: New COVID measures to be announced at 6pm press conference