Mike pence did not attend the event, due to a scheduling conflict with President Biden's inauguration 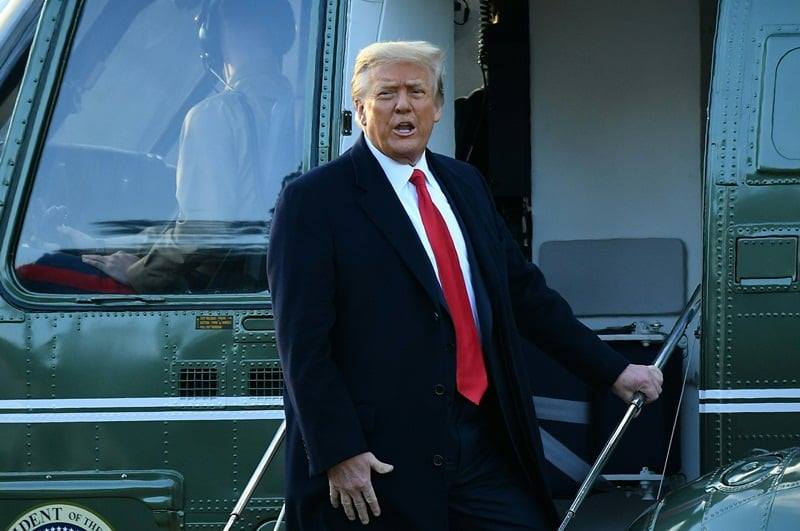 The controversial outgoing US President left the White House for the last time as president, and took a helicopter to Maryland, where he held a farewell ceremony before travelling to his Mar-a-Lago resort, where he will start his new life.

The ceremony might have been a lonely one, as President Trump’s second in command, Vice President Mike Pence, did not be attend, due to the scheduling difficulties posed by attending President-elect Biden’s inauguration.

President Trump made a short speech to gathered fans.

He told supporters that “this has been an incredible four years”.

He praised his family’s hard work, saying people have “no idea how hard” they have worked.

President Trump issued a warning to his supporters, saying “I hope they don’t raise your taxes, but if they do – I told you so.”

He finished his brief speech with a promise to his fans, vowing “we will be back in some form.”

Trump has remained committed to not attending Biden’s inauguration, having announced this on Twitter in the days following the notorious riots on Capitol Hill. The tweet was cited by Twitter in justification for his permanent banning.

Joe Biden is due to take office by 6pm (CET), in an inauguration taking place under tight military security.