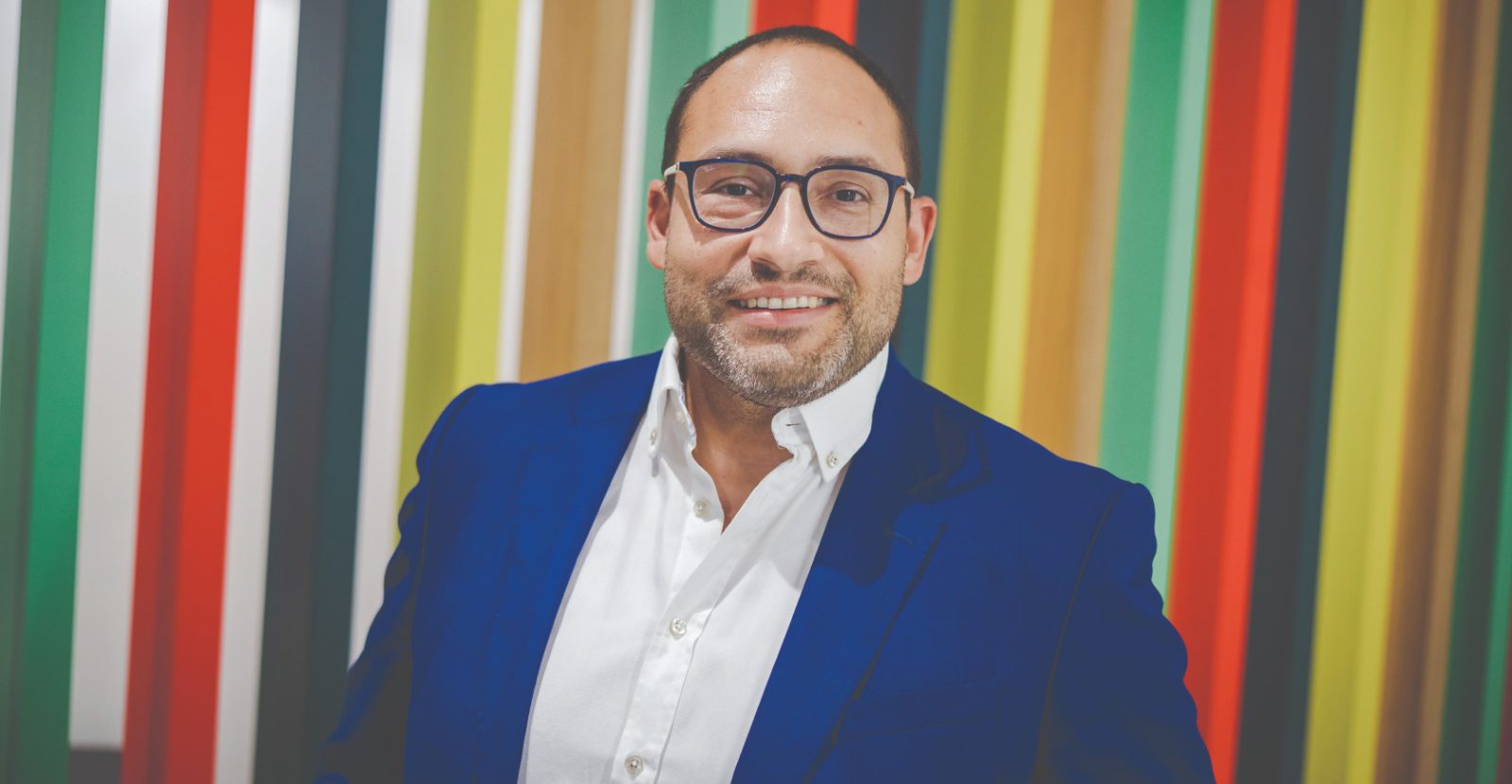 Since starting off his career as an apprentice within the Malta Governmental IT Agency (then MITTS) at the age of 18, Efrem Borg has never looked back.

Within that span of time, he is proud to have been entrusted with managing national IT infrastructural projects of pivotal importance to the country, and also successfully managed the IT aspects of the Malta Presidency of the Council of the EU in 2017, enabling Malta to seamlessly host a multitude of high-level meetings in various locations, within and beyond our shores. Thereafter, he was charged with the transformation of the Maltese Government’s digital security by leading the Information Security and Governance department within MITA, with a clear mandate of safeguarding digital assets in preserving confidentiality integrity and availability of the data pertaining to the Government.

Today, his role is of Chief Technologist within the Malta Digital Innovation Authority, which he describes as “primarily focused on encouraging and facilitating the deployment of secure and robust innovative technologies through various schemes by a number of stakeholders, ranging from researchers, start-ups, national pilot projects and the industry.”

Indeed, the scope of the Malta Digital Innovation Authority is that of promoting governmental policies that promote Malta as the centre for excellence for technological innovation, while setting and enforcing standards that ensure compliance with any other international obligations. Highlighting some of the major milestones in relation to the Authority, Ing. Borg affirms that, at its inception, three years ago, the primary focus was to come up with a regulation intended to certify Distributed Ledger Technologies, such as solutions based on blockchain and smart contracts.

“Malta at that time, in line with worldwide technological trends, was innovative in coming up with such a framework enabling a multitude of parties to further bolster the trust such technology intended to bring about,” he maintains, adding that since then, MDIA has recognised that such trust could also be beneficial to several other emerging technologies as well as traditional technologies.

Because of this, the Authority has embarked on a challenging project called TAAF (Technology Assurance Assessment Framework), which, he explains, is intended to provide any owner of a technological arrangement with a tailor-made assessment based on the risk appetite of the technology, the technology composition and the technological domain where assurance is really required. “A lot of work has been executed in this regard and, together with our internationally selected partners, the Authority will be in a position to launch this work in the latter months of this year,” he reveals.

Another important task the Authority is entrusted with is the governance of the implementation aspects of the national AI Strategy, which involves the participation of stakeholders from the public sector, the private sector and investment/start-up/research sectors. “The first objective of this national strategy, recently launched by Economy Minister Silvio Schembri, was to reach an agreement with six key national stakeholders in the domains of Transport, Education, Health, Tourism, Energy and Customer Care, for the introduction of augmented digital functionality using Artificial Intelligence as the main technology,” the Chief Technologist reveals, affirming that such pilot projects are of the magnitude of €4.1 million, and are intended to instil technological trust within the general public of the use of such technologies, as well as serving as a learning experience for other similar projects within the public sector and beyond.

Pointing to another key initiative derived from the national AI Strategy, Ing. Borg references the Digital Innovation Hub. The Authority, he explains, is currently concluding the process of securing EU funds required for the fruition of such a project. “The intent of the Innovation Hub is to have a one-stop shop whereby anyone with a technological concept can approach the Authority for holistic assistance in developing the solution into one that can be deployed in the industry. The concept owner shall be provided with physical space, the availability of physical and cloud computing capabilities, access to recognised international technological consultancy, guidance and financial support on the business development front, and access to regulatory utilities such as the MDIA Sandbox, to ensure alignment with national and international technological regulations,” he says.

Expanding on the Technological Assurance Sandbox (MDIA-TAS), Ing. Borg says that Version 1 of the Sandbox was published in June 2021, and Version 2 has already been published and will come into effect from June 2022. In essence, MDIA-TAS is intended to provide technological solution owners who are currently in the development phase with a flexible environment which enables them to progress throughout their development in line with industry standards and best practices.

“This scheme leverages on the concept that alignment at earlier stages of the development is cheaper than realignment at later stages of development of the solution. This concept is particularly valid in view of the forthcoming EU regulations in several technological domains, such as proposed AI regulations, the Cyber Security Act and the revamped NIS directive,” he continues, affirming that the MDIA-TAS is very well positioned to provide technological developers with the guidance they need to develop their solution in the best manner possible, and in line with such forthcoming regulations.

Given that MDIA is operating in the digital innovation space, Ing. Borg says it is important for the Authority to constantly update its utilities in line with technological trends, as well as the market’s constantly evolving requirements. MDIA-TAS Version 2 does just that, building on its predecessor and introducing a few enhancements intended to further facilitate the use of such a utility and augment its assistive value.

Amongst the new concepts introduced by Version 2, he points out the assistance through assessment regime, which is conducted in a tri-party manner between three major stakeholders – the Authority, the applicant/resident, and the technical expert. “These stakeholders, each having a defined role, working together for the attainment of an aligned technical solution,” he notes, adding that the technical expert is a new role aimed at helping to guide the applicant/resident to attain defined milestones through a series of assessments and recommendations.

By and large, he notes, “the introduction of the role of the technical expert will bring about augmented flexibility in allowing owners of technology to be comprehensively assisted in developing robust and secure solutions in line with industry standards and best practices. The tri-party meetings will ensure that the Authority is kept abreast with the developments, technological and regulatory conformance, and progress of the development, through dialogue and discussions held by the three parties.”

Describing some of the tangible ways the Sandbox can be beneficial to Malta’s digital start-ups and SMEs, Ing. Borg attests that this initiative cannot be seen in isolation. “Our vision for the Authority is for it to be able to provide a holistic assistive package to a multitude of stakeholders, particularly including start-ups and SMEs. For the assistance to be complete, the Authority needs to position itself to provide technological advice, easy and financially advantageous access to technological platforms, business development advice and funds, physical space to experiment and regulatory compliance advice – accessed through the MDIA Sandbox environment,” he says, adding that this is particularly important in the context of ever-growing regulatory compliance requirements in a number of operational sectors.

“When looking at the holistic picture, the Sandbox plays a pivotal role in ensuring that solution owners attain a positive return on investment when deploying innovative technologies, providing them with a competitive advantage in positioning themselves in the market. It is similarly being used to provide assurance and instil digital trust to a multitude of stakeholders of the technology, such as investors, developers, owners, users, regulators, and the general public,” he maintains.

Building on this, and the other aforementioned schemes managed by the Authority, Ing. Borg goes on to mention an underlying pain point which technologists like himself, both local and foreign, define as a major stumbling block or inhibiter to the development of technology. “Unfortunately, although much has been done in this regard, the shortage in availability of skilled resources for any discipline directly or indirectly related to technology seems to be a problem which is not easily solved and requires a collective and coordinated effort to address,” he maintains, noting that MDIA has recognised such shortage and contributes to address this shortcoming.

“For the third consecutive year, MDIA shall soon be reaching out to interested parties to offer lucrative scholarships under the name of Pathfinder MDIA Digital Scholarship. This scheme is intended to support postgraduate education (namely Masters [MQF Level7] and PhD level [MQF Level 8]) in the fields of Artificial Intelligence, Cyber Security and other innovative technologies. Such an investment by the Authority contributes towards the betterment of the positioning of the local market by supplying skilled individuals in domains pertaining to technology,” he says.

Looking towards the future for the Authority, the Chief Technologist maintains that, “notwithstanding the MDIA’s infancy, the very particular and fast-evolving sector in which it operates, and the constant challenges it encounters in traversing unchartered territories, I believe that it has accomplished a number of fundamental advances. Such will position it, in the near future, as an Authority of choice in providing a holistic set of services to technological solution/concept owners who would like to augment and bolster the technology they choose to deploy.”

Read next: As Malta’s connectivity lags behind Mediterranean competitors, addition of routes seeks to spur recovery