The Malta Chamber presents recommendations for next legislature 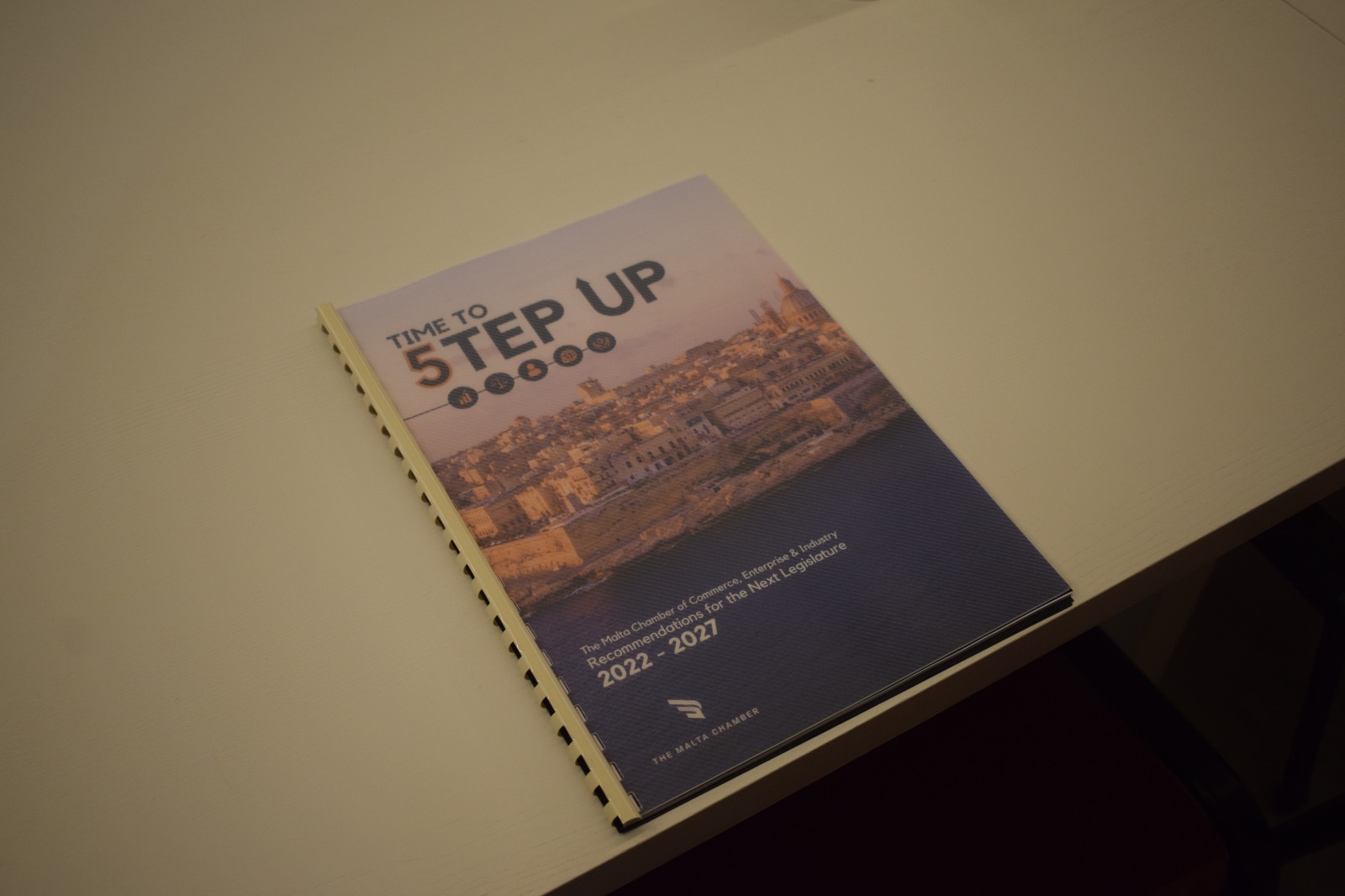 With Malta’s next election looming, individuals, businesses, and the lobbying groups that represent them, have begun putting forward their plans for the next legislator.

This week saw one of the island’s leading trade groups, The Malta Chamber, launch their own recommendations for the next legislator to the incumbent Labour Party, which is the distinct favourite to win this election.

Amongst other requests, it encourages the next Government to immediately suspend investment into a possible Gozo tunnel and reiterates its call for a moratorium on the development of new tourist accommodation in the country.

The first pillar focuses on repairing Malta’s economy after the damage wrought by the COVID pandemic, which hit the tourism-dependent island nation particularly hard.

As part of this pillar, The Malta Chamber reiterates its calls for the temporary suspension of new tourist accommodation, the redefining of Malta’s tourism product, and the revising of the Malta Tourism Authority (MTA)’s role as an enabler.

The latter of these proposals would see the MTA positioned as an active regulator.

Under this pillar, The Malta Chamber also argues for the reigniting of the country’s arts and culture sector, by decreasing fragmentation and introducing a ‘one-stop-shop’ for the sector.

The retail sector is also addressed, and the leading trade body points specifically to the retail scene in Valletta, which “does not resemble any major historic shopping street in Europe.”

Therefore, the organisation believes that it is “crucial” that the city’s retail scene is rethought and possibly managed like a “proper destination” similar to large shopping malls.

The Malta Chamber also calls for the repositioning of the Financial Services Industry, the targeting of manufacturing activities that are being favoured by EU policy, and the strengthening of the maritime sector.

For the country’s lucrative iGaming, digital games and esports sector, it calls for the scope to be further widened to target the latter two elements.

According to The Malta Chamber, this will require significant investment in the necessary skills incentives to attract the right foreign talent, and supporting serious operators from our banking and regulatory environment and the removal of those that impose a high repetitional risk.

Another key element of the organisation’s proposals are those concerning the ease of doing business in Malta.

Chief among the issues cited by The Malta Chamber include banking-related delays, difficulties in getting credit, registering properties, excessive bureaucracy in obtaining accessibility certification for commercial premises.

The organisation also identified a number of problems with transport, the country’s port, and customer operations.

The final two elements of this pillar include the implementation of stable commercial energy tariffs and the reduction of the effective tax rate for local businesses.

The second pillar of The Malta Chamber’s recommendation document focused around good governance, and naturally prioritises Malta making its way off of the Financial Action Task Force (FATF) grey list, which creates problems for the local business environment.

It also called for the consolidation of ministries and departments, the establishment of a centralised due diligence system, and a new public procurement system, featuring the publishing of Government contracts, blacklisting and scrutiny of direct orders, and modifications and variations to public contracts.

Another key problem The Malta Chamber made recommendations to address is the dramatic labour shortage plaguing local businesses.

Additionally, the lobbying body called for the upskilling and reskilling of the existing workforce, focusing especially on digital skills and new economy jobs.

There should also be a focus placed on attracting and retaining both local and foreign talent, the identification of surpluses in public sector employment, and the review and reformation of the primary and secondary schooling system.

The Malta Chamber encourages the next Government to embark on a holistic urban planning and development process, including by undertaking a carrying capacity study focused on the built and natural environment, heritage, culture and business requirements.

Additionally, it calls for Malta’s Planning Authority to address a perceived vacuum in sustainable long-term planning, and assist with the development of green buildings.

In the next legislation, The Malta Chamber also argues that the country should embark on investment in industrial and logistics facilities, and invest in energy generation and distribution.

In terms of mobility and transport, it notably called on the Government to “completely scrap” investing in a tunnel between Malta and Gozo, instead redirecting investment towards building a multi-modal transportation backbone in Malta with a possibility for Gozo connectivity.

On this, it also asked for the extending of Malta’s ferry network, to other zones besides harbour areas, the reevaluation of the potential of a bus rapid transit network for certain routes, and the introduction of a masterplan for electric and hydrogen vehicles.

Finally, The Malta Chamber addresses the digitalisation of Maltese Government processes, calling for the implementation of a new system and the review of an old one.

“A fully integrated eGovernment would reduce duplication in the form of repetitive requests for statistics and information from businesses,” it argues.

The final pillar is centred around sustainability.

One problem it aims to address is that of construction waste. To do this, it calls for the Government to facilitate the dismantling, rather than demolition of buildings.

According to the organisation, Malta should also drive investment in recycling facilities and depots for construction waste, incentivise the use of recycled building materials in the construction of new buildings, and incentivise research and development in the sector.

Also in the sustainability category is the need to overhaul local plans, the addressing of mobility problems, and the revising of Energy Performance Certificates (EPCs).

The full document is available for review from the following:

Read next: Apple suspends all sales and limits services in Russia