During the entire strike period, 8,910 flights are due to arrive, with up to 1.8 million passengers. 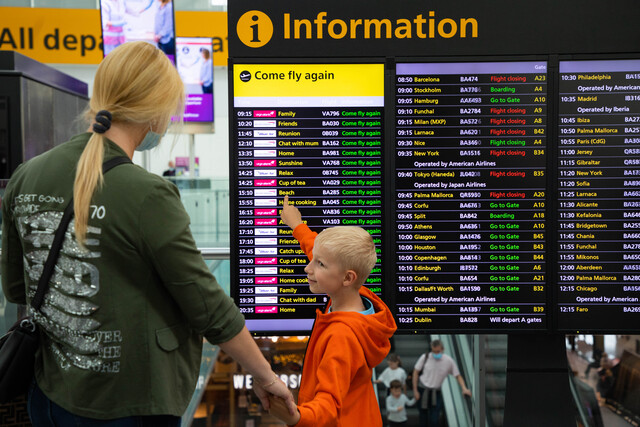 If you’re travelling to the UK over the next seven days, there’s a good chance you’ll experience delays. Border force staff, personnel responsible for checking the passports of passengers for incoming flights, will be on strike between 23rd and 26th December, and also 28th to 31st December.

Those travelling back to Malta from Heathrow are not expected to have any issues, since passport control workers generally only check passports of incoming flights, however, if they resort to keeping incoming passengers in their planes due to slow-moving queues, it might cause delays, or worse, cancellation. If passengers are stuck in their planes on arrival, it won’t be possible to prepare the plane for the next flight.

Today alone, 1,290 flights are expected to arrive in the UK, 579 of which are bound for Heathrow. During the entire strike period, 8,910 flights are due to arrive, with up to 1.8 million passengers.

The UK Government has resorted to drafting military personnel and civil services to minimise the impact of the disruption, filling in the gaps in staff. Strikes have gripped the nation, with border force workers being the latest cohort to join them. The strikes have so far seen healthcare, railway, postal and highway workers go on strike, all demanding better remuneration and working conditions.

The General Secretary of the Public and Commercial Services Union told the BBC that, the strikes were a last resort action, due to the government giving its workers only a two per cent pay increase, while on average workers in the country were receiving six per cent on average.

The impact of these nationwide strikes is amplified by the fact that this is the busiest Christmas since 2019. Airports such as Heathrow which manage longer-haul flights are more likely to be impacted by the disruption, due to fewer people arriving on short-haul flights, as a result they’re not eligible to use the electronic passport gates.