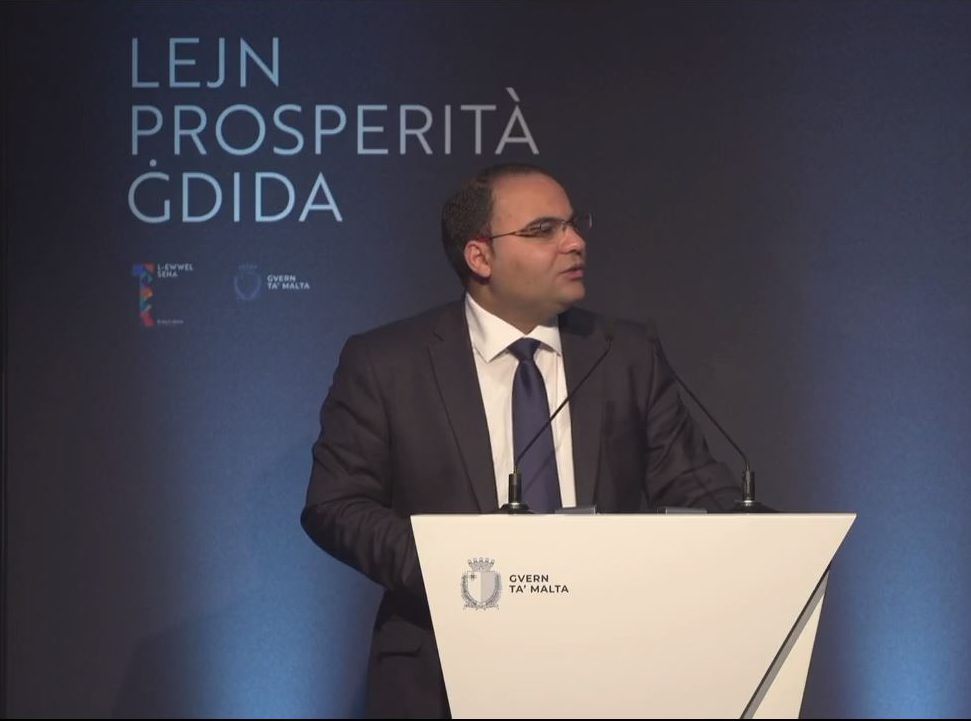 Finance Minister Clyde Caruana stressed that he disagrees with debate taking place among Finance Ministers of EU Member States on increasing taxes to fund COVID aid which has left public finances in disarray across the 27-nation bloc.

Describing the move as “unwise”, Dr Caruana said he understands the concerns being raised about Government deficits spiralling out of control, “because what we spend today, we have to make good for tomorrow”.

“I think we agree on the fact that we should not be discussing how to increase taxes. I think this is a mistake, because while the business community has taken a hit, it should not be the case that the Government causes businesses to take a further hit”.

He praised the robust fiscal policy employed by the Government over the past years, highlighting that it allowed the state to be flexible and manoeuvre in its efforts to fund aid and limit the damage caused by the pandemic.

Quantifying the challenges behind the pandemic, Dr Caruana described how the effects are expected to be 50 times bigger than the 2008 recession, which Europe took until 2015-2016 to recover from.

“I am not saying this to create fear, but so that we are prepared and ready for the challenges before us,” Dr Caruana said.

Looking at unemployment figures across Europe, Dr Caruana pointed out that figures have not exploded in the region, however the number of inactive people – that is those who are unemployed and are not registering for work – is on the rise.

“In Malta we have managed to retain stable levels of employment. I want to see that in the coming months, now that we have a light at the end of this year-long tunnel, we need to keep up this momentum and do our best so that businesses keep people in employment.”

He said that the biggest mistake that can happen is for people to lose work, and structural unemployment takes hold.

“Structural unemployment, which see people lose their skills, would mean that when the economy recovers, they would not be able to integrate in the world of work.”

Dr Caruana said the country’s challenges do not stop when the general population becomes vaccinated.

The Finance Minister stressed the state is aware of how businesses have burnt through their reserves, which is what was needed to survive.

He highlighted a legal notice published on Thursday night forming part of this drive, which sees a moratorium on repayment of bank loans by borrowers affected by the COVID-19 slowdown extended for a further nine months.

Under the scheme, borrowers are allowed to request from their lender a pause in repayments.

Borrowers have until 31st March to apply for the extension.

It applies to credit facilities sanctioned prior to March 1, 2020 – to individuals, households or businesses which can show that they were negatively affected by the COVID-19 economic slowdown.

Dr Caruana said the Government is thus doing its homework to ensure that there is enough capital, through the help of the private sector, to assist businesses which find themselves without the resources or tools to move forward, even when the moratorium cannot be extended further.

“We are ensuring that businesses not only remain, but have the tools to compete in tomorrow’s world.”

He stressed that the Government will ensure that it continues to spend public money where it is needed, to ensure the economy is ready to grow when conditions allow for this.

Read next: Bank loan moratorium to be extended to up to nine months