‘While we are here as regulators, we will not stifle industry,’ says MDIA CEO

Keneth Brincat discusses the outward-looking approach towards industry, and the wider digital world 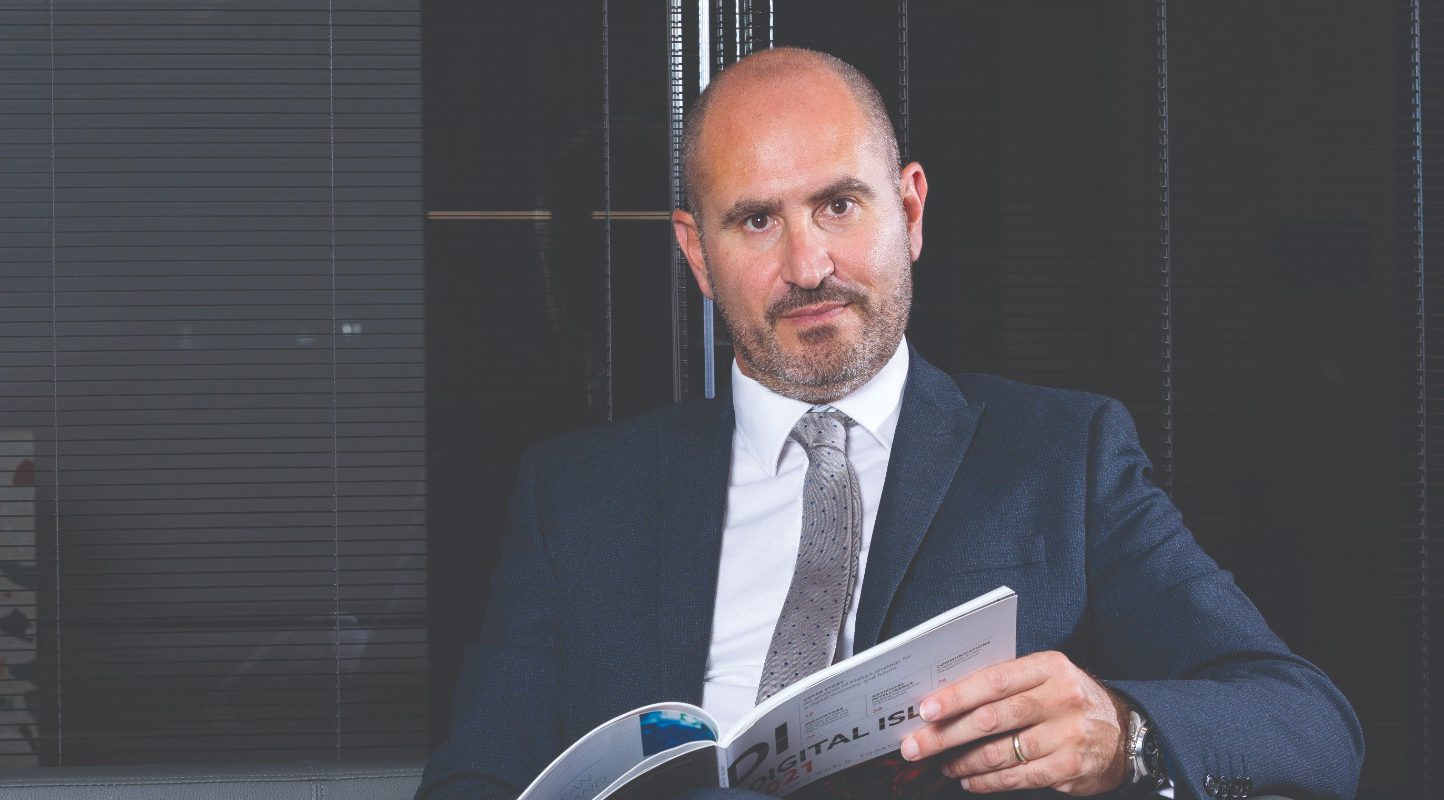 Three years ago, the Malta Digital Innovation Authority Act (2018) was ratified to boost innovative technologies – comprising, among other tools, Artificial Intelligence, blockchain and Distributed Ledger Technologies (DLT) – on the island through regulating and recognising products and services making use of forward- thinking digital solutions. To this end, and to oversee the advances made in this regard, the Malta Digital Innovation Authority (MDIA) was set up a few months later, to facilitate the transition of Malta into a world leader, spearheading the introduction and regulation of these advanced – and sometimes, disruptive – innovations.

“This was the first authority of its type in the world,” Kenneth Brincat, the entity’s new Chief Executive Officer attests. “Malta was already at the forefront, prioritising cutting-edge solutions and giving them space to thrive. And it was decided that, apart from simply being a regulatory body, the MDIA would also facilitate and actually promote the usage of innovative technologies,” he continues.

Indeed, the Authority is officially tasked with facilitating the “advancement and utilisation of innovative technology arrangements and their design and uses,” according to the entity’s official site, as well as to propagate information on ethical standards in the sector; safeguard the island’s reputation in the technology space in promoting transparency and accountability; and to champion new technologies to users, particularly businesses interested in cutting- edge digital tools. The MDIA’s regulatory function – accrediting technologies through its official certification granted to vetted products – is also a prime driver.

And, although Mr Brincat has only been in the post since October 2021, he is already motivated to fulfil these goals and to ensure the Authority remains a lynchpin in the technology space. “My aims are to encourage more usage and take-up of innovation, as well as to encourage small-to- medium enterprises (SMEs) to foster new ideas, driven by digital literacy and invention,” he says. “While we are here as regulators, we will not stifle industry; rather, we need to assist private firms, so that they see us as a productive partner. Usually regulators tend to be rigid, but, here at the MDIA, we aim to be facilitators promoting and fostering innovation,” the CEO explains.

He is well-placed to steer the MDIA to achieve such goals, having over 18 years’ experience in management, as well as having formerly occupied the post as Chief Operations Officer at the Malta Business Registry. “From my experience in the public sector, you need to be sensitive to the precise aims of the entity you’re heading. Of course, these goals would be different to private enterprise which is geared towards profit maximisation. However, in this case, our aim is the public interest, and this requires people skills, project management, and experience of public policy and administration,” he explains, adding that networks with other authorities are also essential to ensure collaboration for the greater good.

However, there are many challenges which he faces in fulfilling the MDIA’s endeavours: “one of these is that the sector is dynamic, so we don’t know what tomorrow will bring,” Mr Brincat explains. Moreover, “the right resources and competencies in the field are very difficult to find,” he attests. “Malta is a small country and there’s a shortage in skills, not just in the broader field of technology, but also in innovative arrangements, such as in Artificial Intelligence and blockchain.”

Yet, these are the issues which Mr Brincat is intent on resolving. “The MDIA is driven to give assistance, and to help those interested in the area to find the resources they need,” he says. Key to this is the assurance the entity gives to players in the field looking for a guarantee of quality, which the MDIA CEO says, can be given through the Authority’s certification, which, while not mandatory, possesses a host of benefits.

“The day will come – it could be tomorrow, or in two weeks’ or two years’ time – in which companies will have to be prepared to utilise such solutions or, encounter them when dealing with clients. In such a scenario, they might seek peace of mind that the systems they’re using are certified, thus instilling more confidence in the technology itself,” he says.

Moreover, if companies want to utilise an innovative technological product, having it certified gives “you, as a company, a competitive edge over other firms, and it also brings the firm in line with developments happening overseas. In fact, the European Union is currently looking into introducing such certifications and regulators – similar to the MDIA – across member states,” the CEO explains, adding that the coronavirus crisis has precipitated this trend.

“COVID-19 has demonstrated the importance of technology in our lives, and it has helped a lot in remote working, for instance, as well as in other functions. Today, we understand that tech systems are practical, and provide the tools necessary to deal with every eventuality. Therefore, even the European Union is prioritising the need for quality, when it comes to innovative digital solutions, and is pushing for certification to give stakeholders the assurance they need,” Mr Brincat explains.

The CEO sees this linked to the issue of cybersecurity, which is proving to be a growing concern and a great motivator for countries to legislate in favour of further regulation. “Generally speaking, cybersecurity is not addressed within national legal frameworks – even in Malta, with regards to the MDIA legislation. However, once the EU builds such a framework, and imposes the criteria on other countries in the bloc, it will be implemented. And fortunately, Malta is already prepared since it already has the Authority in place, and a law which can be easily adapted. However, other states will have to start the process from scratch,” he explains.

Closer to home, here on the island, strides are continuously being made to ease processes towards strengthening the regulatory environment, Mr Brincat attests, and, this year, the entity launched a sandbox as a tool to assist applicants through the myriad steps on the road towards acquiring the desired approvals.

“Certification gives peace of mind; indeed, last May we launched a Technology Assurance Sandbox, providing an environment which prepares the applicant to undergo full certification, assisting them to have functional preparedness for their product, as well as indicating sound best practices, based on international standards,” Mr Brincat explains, adding that, by the end of the process initiated by this tool, candidates’ innovations will be prepared to apply for the official stamp of approval. “If your technology is certified by the regulator, this is a great boost to your product and to your overall business,” he says.

Looking at the future of the MDIA, the CEO explains its drive for growth, to be able to better fulfil its remit. “We currently have 15 people but, by the end of 2022, this should grow to 30. It’s a challenge to find the right people but I’m confident we will, and, when we do, it will help us develop other initiatives which we have planned,” Mr Brincat says.

One of the initiatives he is particularly proud of – and which he wants to see developed further – is the Pathfinder Scholarship, which assists individuals studying AI. He also points to six AI projects planned with six public sector partners in tourism, education, transport, customer care, as well as water and energy. “As part of its AI strategy, Malta has launched a number of action plans which need to be addressed by 2030, and, as part of this, the MDIA is helping to fund six AI projects across these domains,” he explains.

The CEO is convinced the work which will be embarked on will prove beneficial to the public interest, not only here in Malta but also away from the island’s shores. Indeed, this is a personal ambition of his: “in five years’ time, I’d love to see the MDIA as an example inspiring other countries to set up such an entity which can follow in its footsteps,” he concludes.

This interview was first carried in the December edition of Business Now magazine, the sister publication to BusinessNow.mt

Read next: A pivotal year for pensions: How STM Malta made strides in 2021