A shortage of Christmas spirit? Valletta retailers call on authorities to do more to foster festive cheer 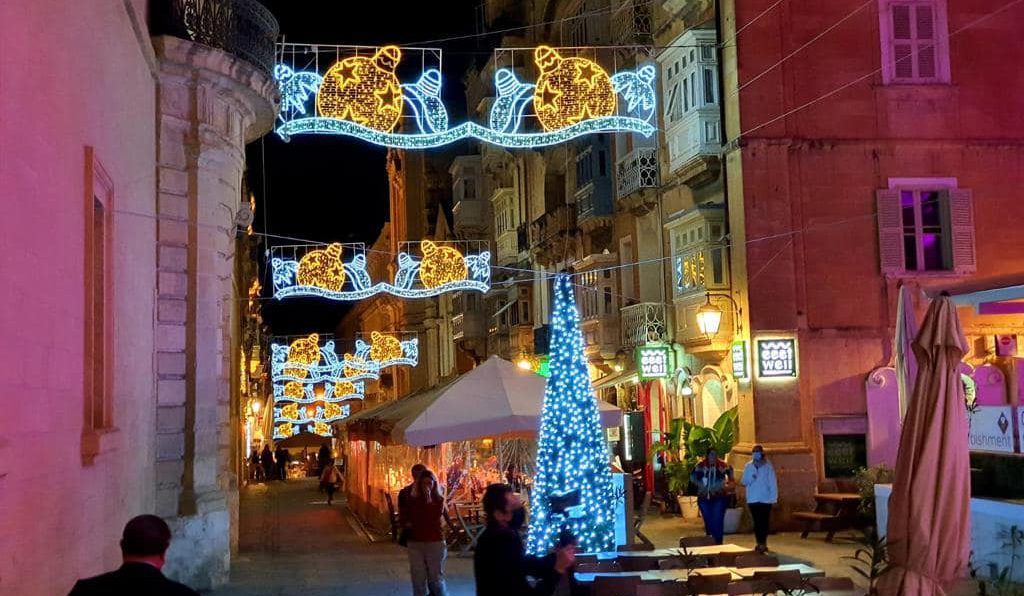 The switching-on of Valletta’s Christmas lights is often seen as the unofficial start of the festive shopping season.

But as the Valletta Culture Agency turned on the lights that line Republic Street and Merchants Street on Monday night, the capital’s retailers have called for even more decorations to be put up.

Businessnow.mt got in touch with various shops in Valletta to see whether they were feeling upbeat about the upcoming months.

“I’m very optimistic, especially when compared to last year. People are less worried about COVID, and supply issues have improved slightly, said Accessorize co-owner Jackie Urpani, referring to a recent complaint about goods being stuck at customs for up to five weeks.

However, Ms Urpani called on the Government to do more to increase the capital’s festive vibe.

“You see in other countries how much effort they put into their decorations, whereas we have to fork out money for decorations ourselves,” she said.

On his store’s prospects for the season, Mr Farrugia said:

“We’re seeing some recovery but we haven’t reached pre-COVID levels. Our aim is at least improve on last year and give us some peace of mind for Q1 next year, especially if COVID cases start increasing again.”

The two shops also said there should be a daytime program of Christmas events to increase footfall in the capital.

“Tourism is on the up again, and we’ve come across a niche market of Maltese people who, because of the pandemic, are spending their money locally instead of abroad.

While agreeing that more could be done in terms of decorations, Ms Pace said it was important for businesses to be positive.

“People work hard for their money so it’s important we focus on giving them a good service,” she said.

Read next: A shift in perspective: Turning waste from a problem into a resource