An ‘ambitious’, ‘socially courageous’ Budget – but ‘without guarantees for the long-term’ 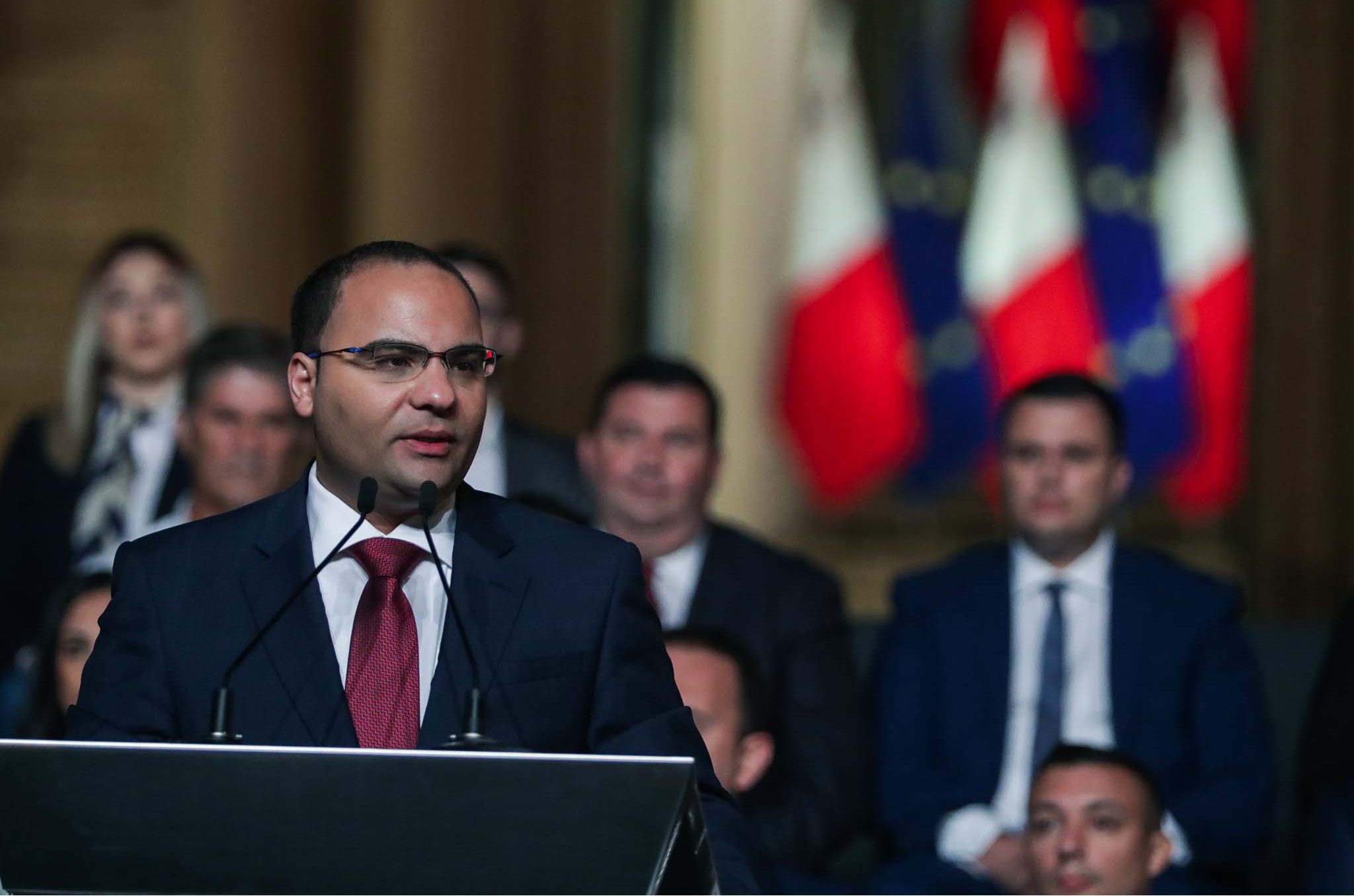 Before the Finance Minister had even finished his speech announcing the Budget measures for the coming year, Malta’s business community representatives were making their voices heard.

Although largely welcomed, and featuring nothing that could cause uproar on the eve of an election, the lack of industry-specific measures and a relative paucity of measures encouraging investment (with just a few notable exceptions) meant that reactions are not as enthusiastic in the business sector as they were among groups with a social outlook – for whom the Budget features several measures, each adding small increments of income to those most vulnerable.

The labour shortage is amply targeted, but greylisting hardly at all. There is a plurality of across-the-board adjustments, such as on taxation and re-investment, but little encouragement to invest in specific sectors.

The MEA said that the Budget for 2022 “has the characteristics of a pre-election budget which commits itself to increased expenditure, strengthening the social safety net whilst softening the tax burden in certain aspects, but which provides less clarity on the revenue side of the equation”.

“It is based on a strategy to generate economic growth through an expansion in domestic demand in the short-term through tweaking of numerous social benefits and benefits to pensioners which will increase the disposable income of vulnerable groups,” it said, acknowledging that “this is socially desirable and just”.

However, it continued, “it may not provide guarantees for long-term economic sustainability”.

The MEA warned that the drive to achieve economic growth through an upgrading of Malta’s human resources has long been on the agenda “without any significant results”.

Touching on quality of life, the MEA said criticism on environmental issues had been noted, but warned that there is no tangible commitment to steer away the economy from excessive construction to other sectors.

It said that the Budget is an “ambitious” one, “built on strong assumptions and optimistic forecasts”.

“The impact of inflation, the recovery of tourism to pre-Covid levels, together with how fast Malta can be removed from the FATF greylisting are amongst the variables that will determine the sustainability of our economy and public finances,” it said, and pointed out that greylisting poses a threat to the financial services and gaming sectors, the two sectors with the highest value added in the economy.

“Tourism figures in September are still 45 per cent of pre-COVID levels, while competing tourism destinations in the Mediterranean have recovered faster than Malta. The issues prevalent in the logistics sector also need to be addressed more concretely, given the global situation and its impact on importation and manufacturing.”

The MEA concluded that the Budget is reliant on short term social measures, but is not as strong in addressing long-term structural issues needed to ensure the long-term socio-economic development of Maltese society.

As could be expected, the Government-linked General Workers Union welcomed the Budget as a “socially courageous” one, taking credit for no fewer than 18 of the measures introduced.

The union expressed its belief that the country will “be in a better position to orient vocational education” in light of the national workers census, expected to be conducted early next year.

MHRA president Tony Zahra stated that, “This budget is evidence of how well Malta was managed during the pandemic, not only in safeguarding the health of our people but also in generating enough reserves to sustain business operations during unprecedented economic conditions, and significantly, to take forward the sustainable development of our economy and improve the quality of life for all our people – the real protagonists of a successful Malta.”

The association welcomed work benefits rewarding productivity, tax reduction on part-time and overtime rates, the extension of free childcare services over and above normal office hours, free public transportation to Maltese residents, training opportunities to address skills gaps, and improved policies and procedures to recruit employees, describing them as “clear measures which support the tourism and hospitality sector”.

Gozo Business Chamber – “positive overall, but the specific needs of Gozo should be given more attention”

The GBC stressed that all measures introduced for Malta must also be available in Gozo, and proposed that any data collected from the workers census also be broken down by region. It noted that the renovation and investment being undertaken in various industrial estates around Malta is not yet extended to Gozitan ones.

It welcomed the various proposals impacting the property sector, with those buying property in Gozo benefiting from improved grants. “While excessive development needs to be controlled,” it said, “this is an important measure which incentivises the redevelopment of properties into buildings which are more in line with Gozo’s rural environment.

While welcoming infrastructural investments, the GBC reiterated the need for a new hospital in Gozo and the extension of the port of Mġarr, which has become heavily congested as services offering trips between Malta and Gozo have multiplied.

The GBC also reiterated that a new model on how the Digital Innovation Hub in Xewkija is managed is required. “The potential of this hub is immense. However, there needs to be a model which attracts start-ups in the digital sector to this hub.”

The GTA welcomed the emphasis placed on human capital, including its upskilling and training, calling it “an important asset for tourism”, believing that the measures introduced will not only retain the present workers in the tourism sector, but they will entice others to seek a career in tourism

The association also welcomed investments in infrastructure and connectivity, saying it believes that the upgrade of the Xewkija Heliport is directed towards “the introduction of the inter-island airlink”.

ACE welcomed the Budget overall, describing it as “positive”. It praised measures intended to address the critical worker shortage being faced by hospitality and catering, namely the measures on reduced taxation for part time work and increased threshold on non-taxation of overtime.

It also praised increased pensions and students’ stipends, “as this will inevitably positively impact” the catering sector.

“The in-work benefit is also a positive measure that assists the human capital issues within the sector. Nevertheless, the ACE feels that more action is required in order to address the problem as well as to ensure the government reaches its tourism sector targets.”

Likewise, ACE welcomed the investment in the education sector. “This will certainly help the current human resource shortage. Nevertheless, the ACE hopes that specific measures will be introduced to urgently address the human capital challenge the catering sector is currently facing.”

ACE also welcomed the tax incentive for investment through the acceleration of Capital Allowances. However, the ACE would have preferred if entrepreneurs were offered the choice on the allocation of such allowance against current taxes or do a carry back on past taxes. “In spite of the fact that the Minister seems to have been categoric in the repayment of overdue taxes”, the ACE feels that the budget speech leaves room for agreements for enterprises which have found themselves in difficulty.

The Malta Chamber of Commerce, Enterprise and Industry welcomed this year’s budget, and stated that it recognised the challenging fiscal position in which the Minister of Finance formulated the Budget.

The Chamber noted that in the prevailing economic climate in which operational costs are increasing at a fast pace for all business operators, the Government took the decision not to place any further fiscal burdens or costs on the private sector.

It also described the myriad of social measures aimed at pensioners and other vulnerable groups as positive, “as it is felt that these cohorts retain their purchasing power in an inflationary economy”.

The Malta Chamber of SMEs said the Budget addresses Malta’s human resources crisis, with news measures resulting in rewards for those choosing to work more through in-work benefits and tax incentives.

“At the same time,” the SME Chamber said, “the Budget acknowledges the support businesses require following the pandemic in making investments. The incentives includes allowing the transferability of capital allowances, tax benefits on reinvested profits, financing schemes and various other schemes that encourage sustainability and moving towards clean energy amongst others.”

It said that incentives in favour of green transport, electrification of vehicles and sustainability of buildings show also a clear commitment aimed at making Malta a cleaner and more attractive country for locals and tourists alike.

The SME Chamber said it is particularly pleased to see its own proposal being included in the Budget, aimed at alleviating the heavy burden of the international transport costs by subsidising the rents on storage facilities. While warning that other support structures will be necessary to further alleviate this problem, it said that “this is surely a very important first step”.

Regarding greylisting, the association said the Budget falls short in addressing how this is affecting “the backbone of our economy”, Maltese SMEs.

“During Budget discussions the Malta Chamber of SMEs has emphasised on the importance to assess the additional costs and burdens that are being lumped on SMEs by the various financial and regulatory institutions without a risk-based or proportionality driven approach. Businesses are being punished on a daily basis and it is not acceptable that the greylisting strategy comes at the pure expense of Maltese SMEs.”

Read next: Nationalist Party calls out Budget 2022 for ignoring ‘elephant in the room’: Malta’s greylisting