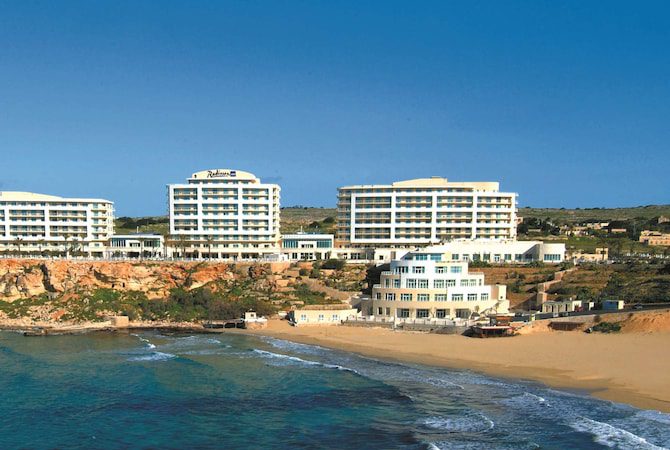 British bank Barclays will compensate almost 1,500 customers after they were improperly sold time-shares at the Radisson Blu Golden Sands through loans at high interest rates, in a move campaigners hope is the final victory for the long-running issue.

The Financial Times reports that the Bank confirmed it would be returning the principal on loans sold to clients to purchase time-shares between July 2014 and July 2016.

This follows a November 2020 decision whereby Barclays was told to return the interest on the improperly sold loans.

The total payment is expected to be around £48 million.

The issue is centred around two similarly-named companies – Azure Resorts and Azure Serves.

While the former had a relationship with Barclays Partner Finance, underwriting financing agreements sold to holidaymakers in Malta, the actual sales presentations were given by the latter.

Azure Services was set up by the Island Hotels Group in 2003, and marketed timeshares at the Radisson Blu Golden Sands. It was sold to Corinthia in 2015.

The legal campign by the victims, which went on for five years, focused on the fact that the loans offered to help them purchase the time-shares had exorbitant interest rates, as high as nine per cent.

In a bid to avoid a potentially damaging public tribunal, Barclays has dropped its legal challenge and agreed to pay out the full principle and eight per cent of interest.

Additionally, it will also remove any entries on clients’ credit files related to the loans.

“We recognise that we did not provide the right level of service for some customers who bought timeshare loans,” Barclays said.

“We will be contacting those impacted to apologise for what has happened, and to let them know how we will be putting this right.”

Speaking to FT, widows and single-parent-of-two Charlie Rebbeck explained how he was sold a £24,600 loan for a timeshare in June 2014 during a high-pressure five-hour sales presentation.

“My credit rating has been annihilated by this, it’s been a struggle and has made my life incredibly difficult for the past six years.”

“It’s been a long time coming but until it’s in front of me in black and white I don’t want to get my hopes up because it’s been such a long journey,” he said.

Read next: Biweekly scheduled service to Warsaw launched for the summer months