Biweekly scheduled service to Warsaw launched for the summer months 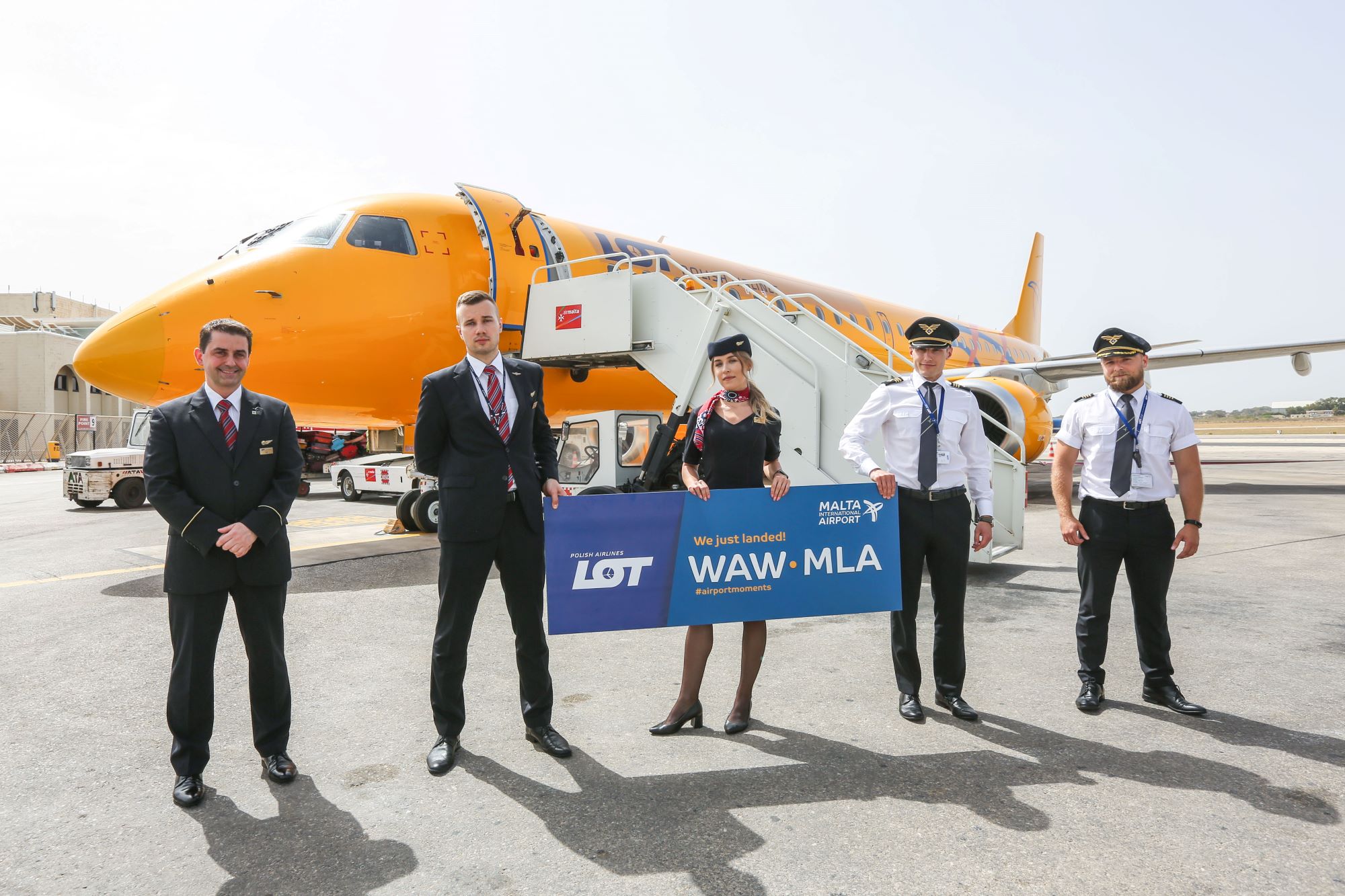 Travelling between Malta and Poland is now easier than ever, as LOT Polish Airlines starts a biweekly scheduled service to Warsaw for the summer months, launched on Monday.

The link between Malta and the Polish capital will better serve the growing traffic between the two countries, which increased more than twofold between 2015 and 2019 as Malta International Airport’s (MIA) route network in Poland became more widespread.

The new service is now expected to further strengthen the connection between the Maltese Islands and the Polish market.

LOT Polish, whose history spans almost a century, making it one of the oldest airlines in operation, will be offering direct flights to Warsaw on Mondays and Thursdays.

This schedule is ideal for holidaymakers who have been eyeing a European city break for their next getaway.

MIA’s Head of Traffic Development Alex Cardona said, “Given that Poland has been one of our top Central European destinations in recent years, it is of great satisfaction to launch a direct route to the capital served by Poland’s very own flag carrier.”

“Following a brief operation last year, we are delighted with LOT Polish Airlines’ decision to return to our islands with a more regular operation, at a time when we are working to restore connectivity lost due to the COVID-19 pandemic.”

Among the city’s must-see attractions – especially for music and science buffs – are two museums celebrating the lives of remarkable Poles Frédéric Chopin and Marie Curie.

Warsaw is also home to around 50 art galleries and museums, whose exhibits are as wonderfully diverse as military artifacts and caricatures, historical buildings which survived the war, and several parks and gardens.

It is recommended to check the country’s travel requirements, which may be accessed at this link, prior to planning a trip to Poland.