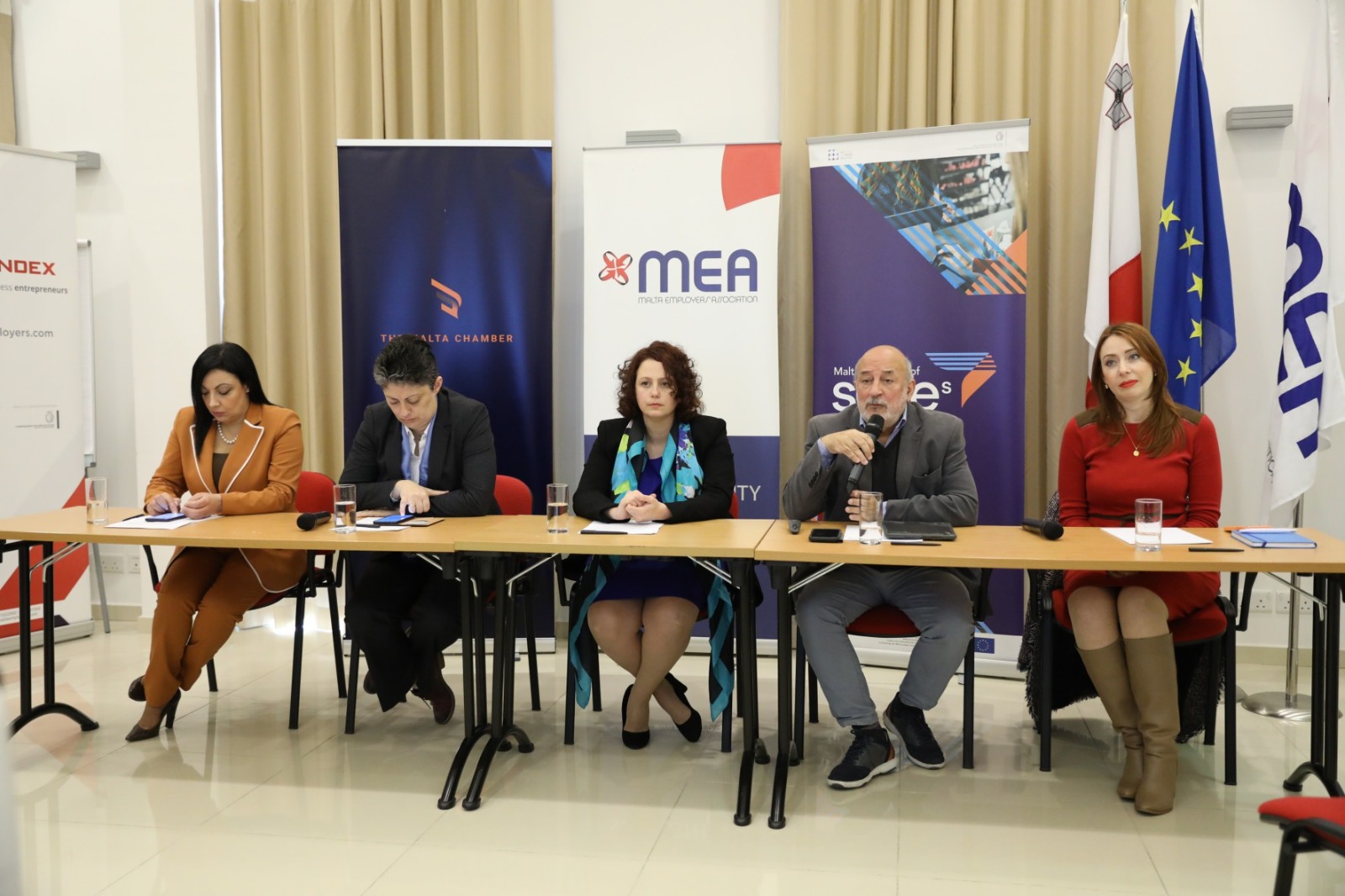 The Labour Party’s electoral proposal to introduce mandatory union membership is “unconstitutional” and runs counter to human rights, according to top representatives of Malta’s business community.

In a rare joint appearance, the leadership of the Malta Chamber of Commerce, Enterprise and Industry, the Malta Employers’ Association (MEA) and the Chamber of SMEs called for the immediate removal of the pledge from the Labour manifesto, saying it is “regressive and undemocratic”.

Speaking at a press conference this morning, Abigail Agius Mamo, CEO of the Chamber of SMEs, said that small businesses often feel like families, and warned that mandatory union memberships could change this relationship.

“Adding these kinds of formal requirements and structures is a one-size-fits-all policy that does not reflect realities on the ground, and could in fact be harmful to industrial relations in the country,” she said.

MEA director Joseph Farrugia, sitting between the association’s president Joanne Bondin and The Malta Chamber’s president Marisa Xuereb, pointed out that industrial relations are “generally good”, with a low number of days missed due to strikes and other union-led actions.

He questioned why the proposal was included, recalling extensive conversations in 2019 about a similar proposal that led to the conclusion that such a proposal is not appropriate and expressing surprise at its inclusion as an electoral pledge.

Mr Farrugia said that contrary to what might be the common perception, union membership had shown no sign of weakening over recent years, and unions boasted higher membership at the last count than they did at the turn of the century, with around 107,000 card-holders.

In fact, the average trade union density in OECD countries stands at 17 per cent, whereas in Malta, official figures confirm that this is in the region of 50 per cent.

“Compared to other countries, our union membership is very high. Few countries can compare,” he said.

He added that freedom to association is enshrined in both the Constitution, the United Nation’s Charter Human Rights, and the International Labour Organisation’s Convention 87, insisting that mandatory membership of any organisation – whether a union, a club, a political party, or any other form of association – runs counter to the principles enshrined in the highest laws.

“This is a fundamental principle of any democracy which can never be tampered with.”

Rather than focus on “unpractical and damaging” proposals, Mr Farrugia asked why focus was not being given to the reduction in assistance given to trade unions. He emphasised that this reduction had nothing to do with COVID, coming a couple of years before the pandemic hit Maltese shores.

“We were promised an increase in the allocation given to trade unions by 50 per cent,” he said. “Instead it was decreased by eight per cent. Why aren’t we focusing on capacity building at trade unions instead of reducing their resources and coming up with unconstitutional proposals?”

While Malta can boast one of the highest densities of trade union membership in the world, according to the business lobbies, questions as to why it isn’t even higher are indeed legitimate and important to ask.

A labour market that is ever more driven by market forces was also noted as a factor, with many highly skilled employees preferring to look for work elsewhere rather than wait for a collective agreement to be negotiated.

Additionally, frequent arguments between unions do little to improve public perception of the sector, the lobbies said.

In view of the problems mentioned, the three business organisations called on the Labour Party to immediately remove the measure from their electoral manifesto.

They however stressed that this did not mean that they are taking any sort of stand on the many other proposals included in the party’s programme.

“Most other proposals, from either party, are phrased in a way to encourage discussion and deliberation. For this one, the phrasing was that it is a fait accompli, with only the implementation up for discussion.”

The organisations called for caution in making “populist” pledges, and highlighted the importance that such far-reaching measures are discussed by all social partners to ensure the continuing smooth operation of the Maltese economy.