Court orders Savoy Hotel to go under the hammer, bids to start from €2.8 million 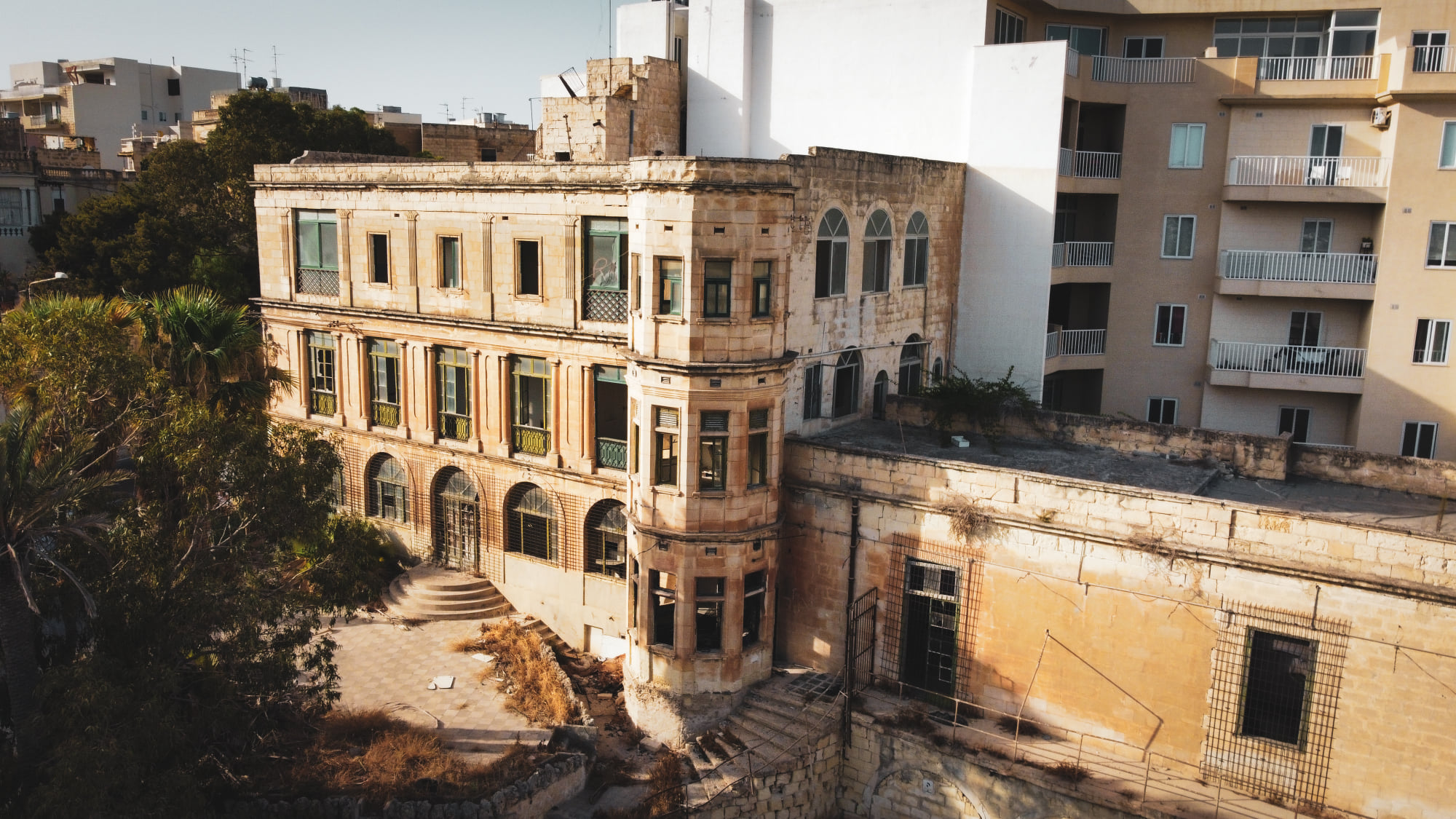 The Savoy Hotel, a derelict property situated on the border between Sliema and Gzira, will go up for auction next month after the court of appeal brought to a close a long-running legal saga between different factions of the site’s former owners and rival groups of potential buyers.

The auction is set to take place at noon on 13th September, at room number 78 on the basement level of the courthouse, with bids to start from €2.8 million. Apart from the building itself, the site includes a garden, a yard, and an adjoining garage previously used as a fuel station.

The property is currently in a severely deteriorated state, and has in recent years been home to squatters. In 2019, fire fighters were called in after rubbish dumped in the site caught fire, causing further damage.

The building lies at the top of Rue d’Argens hill, and was first known as Villa West End before being renovated as a hotel in 1904. The Savoy Hotel was such a landmark at the time that the area is today still known by that name. Due to its heritage and architectural value, the building is listed as a Category B+ building, with strict restrictions for its preservation.

The legal tussle between the site’s owners began in 2016, when one group, representing a majority ownership, signed a promise of sale agreement with Exalco, a company specialising in the development and lease of business centres and office space. However, a few months prior, one minority owner, holding 1/30th of the property rights, had entered into a different agreement with Melvyn Mifsud, a lawyer.

Dr Mifsud claims to have made repeated attempts to contact other owners to make his offer, which he says offers better terms than those offered by Exalco, with a cash offer not subject to planning permission. However, those who later set up the competing agreement would not even agree to meet him, he says.

The court proceedings were started with one faction of owners representing a 67 per cent majority share, and another group representing the remaining share.

Over time, however, another company, Almo Properties Limited, bought out many of the owners – on both sides, thereby increasing the proportion of those wanting to force through the sale to Exalco to around 83 per cent. In 2019, the company was allowed to replace the original owners in the court proceedings.

Almo Properties has the same shareholders as Exalco, effectively allowing the previous owners to extricate themselves from the legal drama and leaving the Montanaro family, owners of both Exalco and Almo, with majority ownership of the site.

Central to the arguments against forcing through the sale was a valuation by Perit Elena Borg Costanzi that set the price tag at €4.3 million, in consideration of the potential for development of four-and five-storey apartment blocks at the back to the site – with Dr Mifsud and Schembri & Sons arguing that having the sale to Exalco forced through by a company sharing the same owners amounts to a discount on its true value, and therefore injurious to the minority shareholders.

The initial court sentence found in favour of those wishing to force through the sale to Exalco. However, the court of appeal reversed this decision, arguing that were it not for the “incestuous relationship” between the now-majority owner of the site and the proposed buyer, it would be difficult to imagine any owner insisting on forcing through the sale when it was clear that other were willing to offer considerably more.

“Considering the substantial difference between the proposed sale price and the estimates offered by the opposing party, the court is of the opinion that the appellants will suffer grave prejudice if the proposed sale is authorized, and therefore the appeal deserves to be accepted.”

Savoy Hotel will therefore go up for auction in three weeks – while the eventual price remains to be seen.

Read next: Discussions held on how 112 private Indian investments in Malta can be strengthened and increased