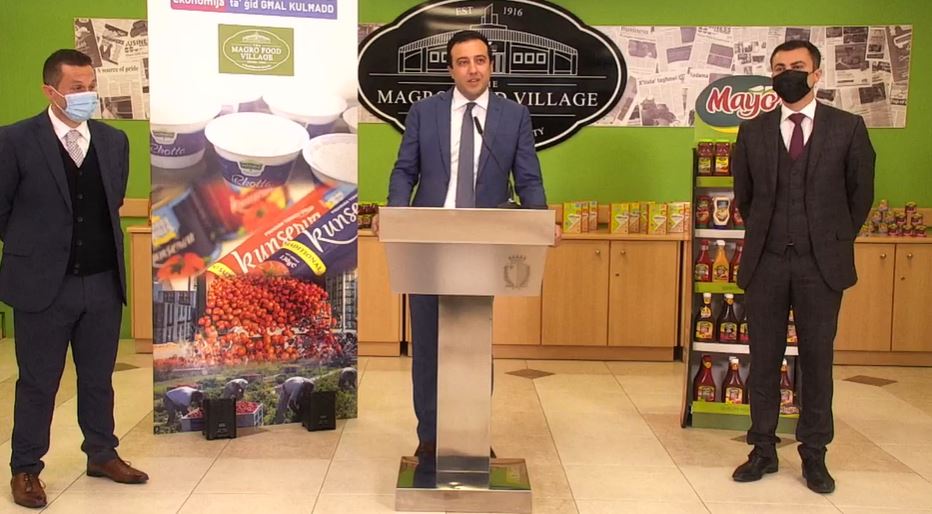 Minister for Gozo Clint Camilleri refused to give a straight answer when questioned about the impact of a scheme that will see the Government incentivise tourists to stay at hotels, preferring to focus on the Government’s past success in supporting the Gozitan economy throughout the pandemic.

Speaking at an event showcasing Gozitan giants Magro Brothers’ investment in additional capacity to serve the local and export markets, Minister Camilleri was questioned by a member of the press, who asked about the scheme announced recently by the Minister for Tourism Clayton Bartolo.

The scheme, which forms part of the €20 million Tourism Recovery Plan, will give tourists up to €200 to cover accommodation and ancillary services at three, four or five-star hotels.

Capped at €3.5 million, for a total of 35,000 tourists, the scheme is intended to start off Malta’s tourism industry’s 1st June re-opening with a bang.

Industry stakeholders have however raised concerns that this measure riskss distorting the market, as hotels are given a competitive advantage over self-catering accommodation, which is especially popular in Gozo where it makes up around three-quarters of the island’s total accommodation sector.

One operator, speaking to Lovin Malta, said that, “It’s going to distort the market by favouring one part of a sector to another part of that same sector. This is ultimately state aid, and there are very strict rules surrounding state aid.”

“But now we’re being discriminated against,” he said.

At the press conference, the Minister for Gozo was asked why the subsidy was not covering such accommodation, referring in particular to the popular farmhouse sector in Gozo.

Minister Camilleri first noted the significant assistance extended by the Government to all enterprise throughout the pandemic, highlighting the wage supplement as a key measure along with the voucher system that helped the hard hit restaurant and catering sector stay afloat.

“If you speak to Gozitan enterprises,” said Minister Camilleri, “you can understand how much the vouchers helped. Speak to the owners of small businesses across Gozo. Even at the height of the pandemic they managed to generate revenues comparable to those in better times.”

He pointed out that under the scheme announced by Minister Bartolo, Gozo is in a privileged position, since tourists staying in Gozo can benefit from a 10 per cent higher grant.

“As regards self-catering, talks are ongoing with the minister concerned. What is certain is that, once the economy re-opens, just like last summer, the Gozitan economy will be strong, with restaurants, bars, hotels and even self-catering accommodation full of tourists.”

While the Gozo Minister’s remarks about self-catering accommodation indicate they are weathering the worst of the pandemic storm, self-catering establishments for Malta may have had a different experience.

Read next: US regulator suspends use of J&J vaccine due to ‘extremely rare’ side effects