Malta's religious traditions are a key part of any traveller's visit 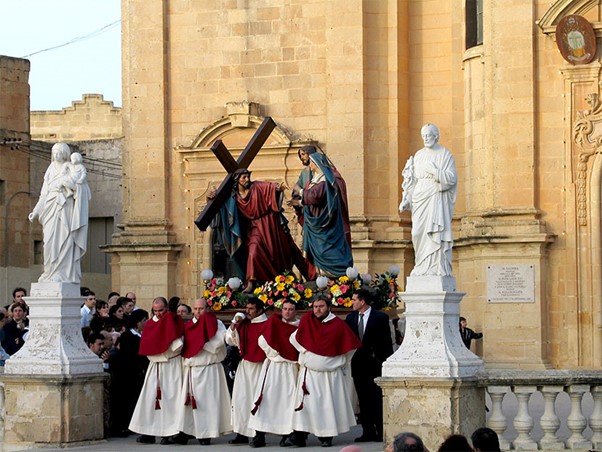 Malta’s iconic Good Friday processions and Holy Week traditions are making a comeback this year after two years of cancellations due to the COVID-19 pandemic, but they cannot be expected to make a significant splash in terms of increased tourist numbers, according to local tourism stakeholders.

There has been some interest, says Iain Tonna, president of the Federated Association of Travel & Tourism Agents, but the fact that religious processions were only confirmed to be going ahead a few weeks ago meant that special interest groups did not have time to make their arrangements.

“The number of tourists coming specifically to witness Malta’s Holy Week celebrations is insignificant this year. People left it late, both due to general pandemic conditions and the late approval for festivities to be celebrated.”

However, Mr Tonna believes that tourism is on the rebound, and foresees a strong summer built on a “renewed confidence”.

Asked what Malta could do to make itself more attractive for these kinds of tourists, Mr Tonna said the fact that the National Tourism Strategy explicity names religious tourism is a positive step, and shows that the awareness of the sector’s potential exists at the highest levels.

“What’s needed to improve tourists’ experience is consistency no matter their reason for coming,” he says. “We need an improvement in infrastructure, in the general cleanliness, and in accessibility to certain attractions.” Mr Tonna points out that many pilgrims to Malta tend to be older individuals whose mobility might be reduced.

Although most COVID-19 restrictions have been lifted, Mr Tonna points out that transport operators are still constrained to carry no more than 80 per cent of capacity, saying this is making tours more expensive, and Malta less competitive.

“This is a problem as it increases costs. If you have a group of 30 people, you need to get a coach with over 50 seats – the regular 36-seater isn’t enough. Obviously, this means the price goes up.”

He called on authorities to lift this measure as they did others, but admits that no indication has been forthcoming as to when it might be removed.

Alan Arrigo, a director at travel agents Robert Arrigo & Sons and chairperson of The Malta Chamber’s tourism section, says a tourist’s source country is a better indicator of their preferences than their stated reason for travelling to Malta, when asked for the profile of the religious tourist.

Asked whether the village feasts that play such a large part of the Maltese summer are a major attraction for religious tourists, Mr Arrigo dismisses the idea, saying that visitors during that period tend to come for a holiday and go to a feast, not the other way around.

“Those coming for Holy Week want something different. They come for a full package of experiences surrounding the occation. They want to feel the atmosphere and touch the culture. They want to see what locals are doing, to do the same things, taste the same traditional flavours.

He adds that religion plays such a big part in Malta’s culture that it is almost impossible to make a distinction between niche and mainstream travellers.

One tourist guide with long experience in the sector, who declined to have his name published, said the local market is not geared towards religious tourism. Rather, it is the tourists who self-organise into groups, led by a parish priest, perhaps, or a new religious leader, come to Malta for a specific reason, then ask for guided tours and excursions from regular operators, who would do their best to tailor their services to their clients’ needs.

“It’s entirely ad-hoc,” he says. “We could have developed it much better over the years, but there is resistance from unexpected quarters.”

He explains that many operators believe guides must share their clients’ religion, although he believes this is not the case. “You need to treat it like a business,” he says.

He agrees with Mr Arrigo and warns against over-categorising religious tourists as such, while lamenting the missed opportunities of the local market to cater to a more diverse clientele.

“This is just how tourism is organised in Malta. It’s very much concentrated on mass tourism while leaving out the real juicy bits which bring in the real money.”

One such “juicy” segment is luxury tourism, but he explains that this is not the same kind of tourist as that who wishes to go to Dubai and engage in conspicuous consumption.

“What we can offer is very different, but can be just as profitable. The real issue is that there are parts of the island which simply run counter to the luxury experience people come to Malta for.”

Surprisingly, he singles out Sliema and St Julian’s as “no-go zones” for such clients. “Being witness to a building spree is certainly not the kind of tourism experience high net worth visitors are looking for. Realistically, to put it bluntly – they tend to only be interested in those parts which are actually nice to look at.”