‘It has to happen’: Finance Minister sheds light on status of efforts to get Malta off FATF grey list 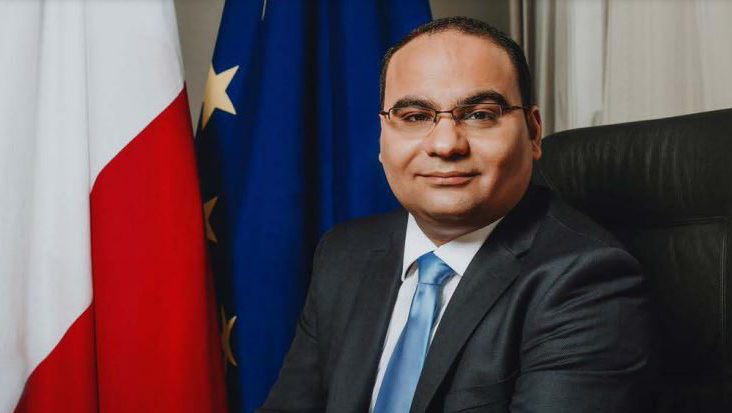 Finance and Employment Minister Clyde Caruana has revealed that just last week, the Government submitted all work carried out between June and December to the Financial Action Task Force (FATF), the global organisation which voted to place Malta on the so-called grey list in June 2021.

Since the grey listing, Government has been in communication with the FATF and has been working on a plan to address the shortcomings highlighted by the global organisation to come off the list.

Minister Caruana was asked, in a Times of Malta interview published on Sunday, about his optimism on Malta getting off the FATF grey list, or list of increased monitoring, by this year and whether it has spoken to the FATF.

The so-called grey list acts as a signal to the global business community that there are heightened risks in terms of money laundering structures when doing business with Malta. This has led to increased bureaucracy and scrutiny towards transactions coming in and out of the country, and acts as a deterrent to setting up a business on the island.

Malta’s shock inclusion to the grey list came as a surprise after the country passed a Moneyval review. Moneyval is a Council of Europe organisation focused on the fight against money laundering and the financing of terrorism, while the FATF acts as a kind of parent organisation to Moneyval.

Malta’s ultimate failure resulted in the FATF presenting three key anti-money laundering issues which it says the country must implement before getting off the grey list.

The three points relate to: improvements in ownership information for companies based in Malta, ensuring the accuracy of information shown; Enhancing the use of the Financial Intelligence Analysis Unit to support authorities pursuing tax evasion and money laundering; and focusing FIAU analysis on criminal tax offences, resulting in intelligence that aids law enforcement in detecting and investigating money laundering risks and tax evasion.

“Well, what has happened throughout the past week is that we have submitted all the work we did between June and December. That needs to be evaluated by the board and then it will decide whether it makes sense to pay a visit to Malta to sort of double-check what has been reported. From then onwards, they can make up their minds whether we should go out or stay for a couple more months.

“A lot of work has been done and we think that with the progress that has been registered over the months, they should be pleased.”

Repeatedly asked if there was a back up plan in case Government’s plan to get off the greylist, and do so by this year, fails, Minister Caruana did not entertain the idea of a plan B. He repeatedly said Government is doing all to ensure that Malta’s plan will see it come out of the grey list as soon as possible.

Minister Caruana said he is “quite confident” that progress has been registered in the areas identified, noting two areas in particular where Government is “registering quite positive progress”.