Professor Maria Attard tells BusinessNow.mt why monorail and underground proposals should be reconsidered 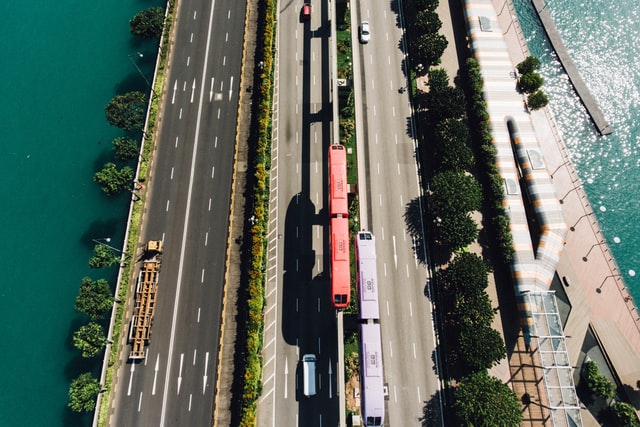 According to Maria Attard, one of Malta’s leading urban transport academics, the potential for a mass transit system is major, but current monorail and underground schemes exceed their “potential and limitations”.

Proposals for a future mass transit system have gained steam in recent weeks. President George Vella reaffirmed he was a proponent for the creation of a monorail system last Monday, and on Sunday, Transport and Infrastructure Minister, Ian Borg, told The Malta Independent that plans for an underground light rail system were being considered by Government ministries.

However, some experts believe that both proposed mass transit systems would be ineffective and should be reconsidered.

Speaking to BusinessNow.mt Prof Attard said that the “fantastical glossy, shiny infrastructures” that appeal to politicians and engineers face fatal problems, and called for the expansion of existing surface transport infrastructures instead.

She said that whilst dramatic, ambitious proposals like those aforementioned are naturally appealing, their implementation and effect would be prohibitively hindered by their nature.

The schemes’ implementers, she said, will struggle to effectively implement the projects, “facing the tight urban environments, and high-density populations that are required”.

Monorail proposals, for example, require large amounts of space. The raised tracks will require pylons and would create swathes of sterile, wasted land underneath them.

Existing proposals suggest that they might run along the existing road network, which, according to Prof Attard, is also a bad idea, as the roads capable of supporting a line generally do not have required population density (on both sides).

To make a mass transit system economic feasible, as well as useful, it requires a very high population density. Unfortunately, the spacial demands posed by the infrastructure required for these projects means that they likely could not be placed in population centres, where they would be useful, she points out.

To foster adoption, Prof Attard is adamant that the system is as accessible as possible, which would not be the case for stations built outside of population centres.

But Prof Attard is not against public transportation, she emphasises.

It is essential to escape the bottomless pit of constant investment and development of the road system by creating alternatives, she says.

“We need mass transit systems, because that is the sustainable way to move people,” she said.

The economic impacts of a mass transit system would be major too. “They generally tend to have relatively huge impacts on the areas surrounding the stations, and they often lead to regeneration”, Prof Attard argued, “the impacts on the economy would be far reaching, affecting land use, cities, and urban areas.”

But, she says, a monorail system risks alienating potential users. An underground system on the other hand, appeals because it is the path of least resistance, having the least effect on the landscape, but still requires large amounts of space for the construction of stations.

Therefore, an underground or monorail system would have to be built outside of population centres, and so would require prospective passengers to travel further to use them. The combination of this, as well as the major expenses required to operate these lines, means that they likely would not be financially viable.

Instead of an underground or monorail system, Prof Attard calls for the expansion of the surface public transport system, with should include bus segregation, and perhaps the building of infrastructure for trams.

These would be incredibly flexible, she thinks. In most instances, there would be space on the existing road system to implement these networks.

Buses can penetrate right to the heart of population centres, and so decrease adoption friction, by making them accessible to the general population.

A specific idea proposed by Prof Attard is that of a light rail transit system. In a case study, she posits an 8.5km Valletta – Ta’Qali route. The route would run from Valletta, through Floriana, Hamrun, Santa Venera, Birkirkara, Balzan, and Attard, before terminating at Ta’ Qali. The route would increase accessibility to, and within, the city of Valletta, and encourage regeneration.

It would penetrate not only the high-density areas but also low-density areas with high car usage. This would make it a truly “mass” system.

Prof Attard’s full case study can be found in, “exploring the potential of LRT to encourage urban regeneration and support more sustainable commuting to and from Valletta” a chapter in the book, “Transit Oriented Development and Sustainable Cities: economics, community and methods, Edward Elgar Publishing.”