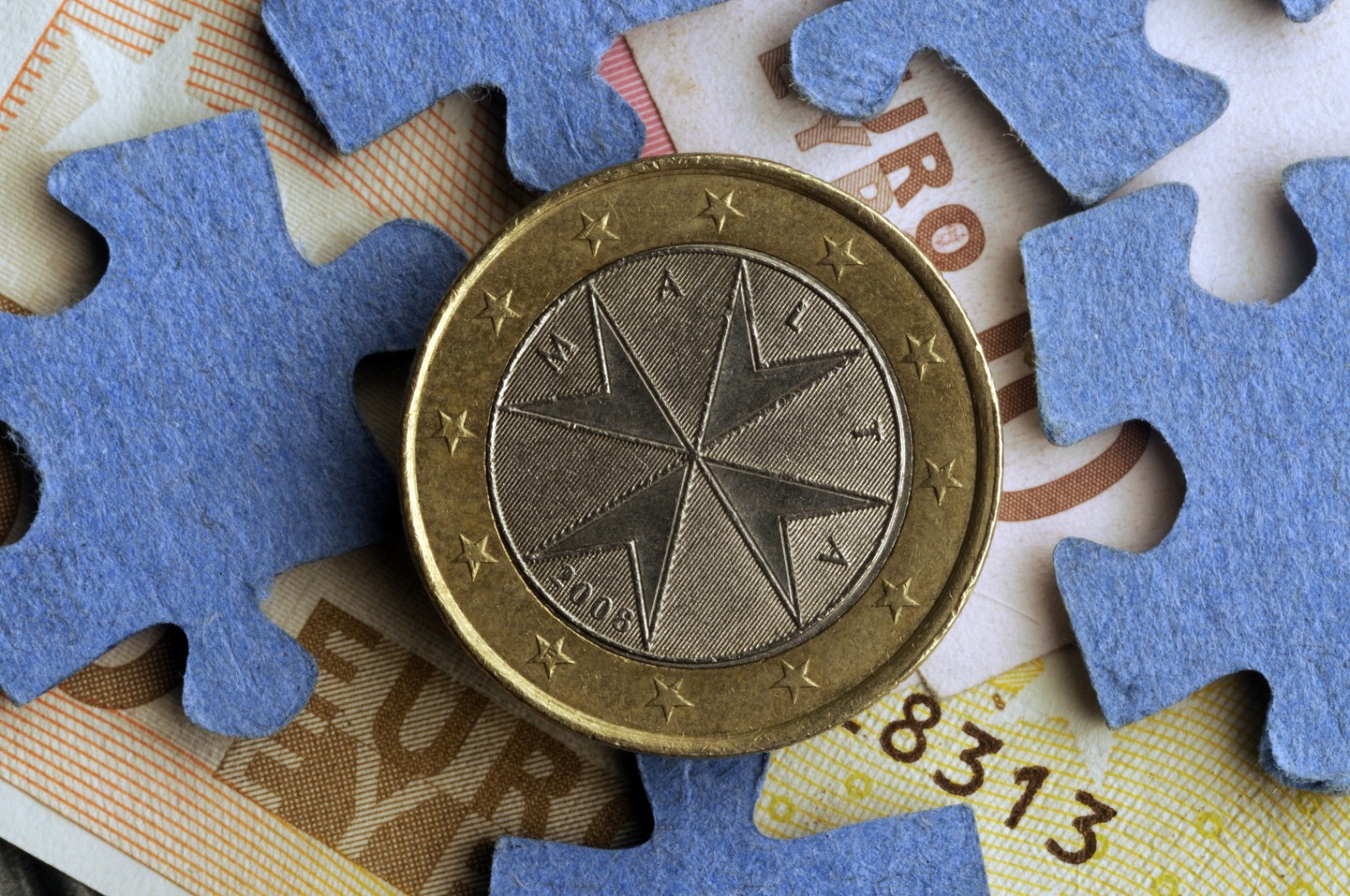 Earlier this month, the European Central Bank announced that it would be raising its key interest rate for the first time in over a decade and bringing to an end its Asset Purchase Programme, which saw it pump billions of euro every month into the eurozone economy.

It was hailed as a “special day” by Edward Scicluna, who as the governor of the Central Bank of Malta, sits on the Governing Council of the ECB. “After a long and demanding discussion we have decided to open a new chapter in the annals of monetary policy,” he said.

Essentially, central banks typically depended on manipulating interest rates to facilitate the flow of money through the economy – a loan at a three percent interest rate is far more attractive than one at a rate of eight per cent. But what happens when the rate hits zero, and companies are still not enticed to borrow credit for investment?

Ask the man on the street, however, and they will likely stare blankly when you mention quantitative easing (QE).

So how, exactly, does it work, and how did it impact the European and Maltese economies over the last years?

BusinessNow.mt reached out to some of Malta’s top economic minds to see how this controversial policy worked and how its effects worked their way from the arcane theoretical discussions at the ECB’s Frankfurt headquarters through to businesses’ bottom line.

How did QE work?

“Crudely put, QE is printing money in exchange for the purchase of financial assets,” explains Professor Philip von Brockdorff, deputy dean at the University of Malta’s Faculty of Economics, Management and Accountancy.

Mark Azzopardi, executive director at Jesmond Mizzi Financial Advisors Ltd, fills in the details of how it works: “At its simplest, post-Global Financial Crisis QE refers to central banks buying their respective government’s debt from investors by creating reserves. In the middle of this transaction is a third actor: the bank, which essentially acts as a middleman between the investor and the central bank. The result is that the bank owns more reserves and owes more deposits to investors, the investors have more money in their banks, and the central bank owns more government debt.”

He continues: “The first important outcome of QE is that it makes banks very liquid, mostly large international ones, as it is these banks that most investors deal with. It also has the impact of changing who owns government debt. Before, it was investors, but QE increasingly meant that the owners of government debt were the central banks themselves.”

He says that this fact had a lot of implications for financial markets, as a central bank does not have a profit motive, being motivated instead by its mission to maintain price control and financial stability. Since it is not interested in how much it is earning on its investments, it simply keeps on buying, reducing the yields on treasury bonds and making them less attractive to other investors, who are thus incentivised to move on to riskier assets.

“This phenomenon had a domino effect on financial markets, with all pre-QE investors needing to increasingly take on more risk to receive their required rate of return,” said Dr Azzopardi.

As a policy measure, QE was resorted to when the conventional monetary lever, interest rates, had already been cut down to very low levels (what central bankers refer to as the “effective lower bound”), says Matthias Busuttil, Head of Investment Strategy & Research at Curmi & Partners.

“The increased liquidity and availability of capital and financing at a cheaper cost allowed corporates as well as governments to improve their debt sustainability position or pursue growth strategies by refinancing or accessing capital at lower rates,” he says. “It is generally agreed that QE allowed economies to grow at a faster pace, achieve lower levels of unemployment and support wage growth more than they would have in the absence of QE.”

The role of the European Sovereign Debt Crisis in making QE feasible and attractive is important, as it allowed a period of favourable financing conditions for member states where debt sustainability concerns were most acute, mainly Portugal, Spain, Ireland, Italy and Greece.

The net effect of an economy flush with cheap access to financing resulted in an uplift in asset valuations, such as stocks and real estate, in a situation Mr Busuttil describes as full of “market exuberance and investor conditioning which supported riskier assets”.

Dr Azzopardi agrees, noting that the increasing volumes of excess liquidity found itself in the stock market were especially evident during the COVID-19 pandemic, when in March 2020 the USA’s Federal Reserve announced a “humungous” QE package. Remarkably, almost a fifth of all US dollars were created in that year alone.

“Global stock markets responded by going on a significant bull run, many of them progressing far past their pre-COVID highs, with many of them setting record figures in the process. Very notably, so did crypto assets enjoy a significant bull market. Some argue that central bank largesse during the QE era resulted in stock markets becoming liquidity driven (moved up and down by the sheer volume of money entering the stock market) as opposed to fundamentally driven (its value as a business).”

Dr Azzopardi also warns that this momentum “unintentionally exacerbated social inequality, as the owners of financial assets are still typically the wealthier members of society”.

Jordan Portelli, Chief Investment Officer at Calamatta Cuschieri, similarly argues that the policy, although having a “positive wealth effect” for people holding such instruments, also had its fallouts in terms of creating artificial asset pricing, mainly on sovereign nations which technically had or continue to have weak economic fundamentals, such as Greece and Italy.

Malcolm Bray, Senior Manager in Data Insights & Economics at BOV, points to a more positive outcome, saying that the strong fiscal support offered by governments throughout the pandemic, would have been more challenging and costly to implement without the interest rate shield offered by the ECB through its QE programme.

In turn, since MGSs are used as benchmark by local private bond issuers, companies were also able to offer bonds at lower rates.

“Overall, financing in Malta was available at more attractive rates, facilitating investment as well as household spending. On the other hand, since deposit rates similarly went down, this incentivised savers to broaden their financial asset holdings in search for returns,” he says.

Mr Portelli points out that local investors, throughout the period, had registered very benevolent gains in a very short period of time, but says that, purely from an economic view, QE had a very low impact on the Maltese economy.

“In reality, the above average economic growth Malta managed to register over the past years is attributed to the influx of foreign direct investment which had a positive ripple effect on different sectors,” he says.

Professor von Brockdorff similarly argues that the main effect on the Maltese economy came from the assistance QE provided to other countries’ economy recovery, which indirectly helped the local one, “which remains dependent to a significant degree on exports, particularly tourism flows”.

For Dr Azzopardi, the local impact was largely limited to a shift in investor preference for local corporate bonds, away from MGS, and to an increase in property prices, although he cautions that “the impacts are distorted by the passport scheme, which also led to significant purchases of Maltese government debt and would have also contributed to the phenomenon”.

Reflecting on the impact on personal consumers, Mr Busuttil says QE had the effect of reducing the interest rates charged on home loans and personal loans, although this was offset by higher property prices due to its increased affordability for borrowers (given the lower interest costs) and investors directing capital to real estate when financial instruments grew comparatively less attractive.

Professor von Brockdorff believes that QE had “run its course before the pandemic, but was extended because of the resulting economic slowdown and to avoid major disruptions to investment”.

Now with inflation in double digit figures in a number of EU member states and also high in the US, retaining QE in these circumstances would fuel inflation further.

Finance Minister Clyde Caruana in fact referred to the issue in Parliament on Tuesday, saying “excess money can lead to objects getting more expensive.

Inflation was the last thing on governments’ minds back in 2008, he said. “As years passed and nothing happened, everyone just assumed that inflation would never occur… and so central banks kept pumping out new money while the value of land, property and other assets kept increasing.”

Professor von Brockdorff concludes: “Something had to give. Hence the long-awaited decision to stop QE altogether.”

This is the first of a two-part series on the historic development of quantitative easing and its impact. The second part will look at what happens now that it has come to an end, and the how it will impact Malta.