...but risks from greylisting cast shadow on largely positive forecast 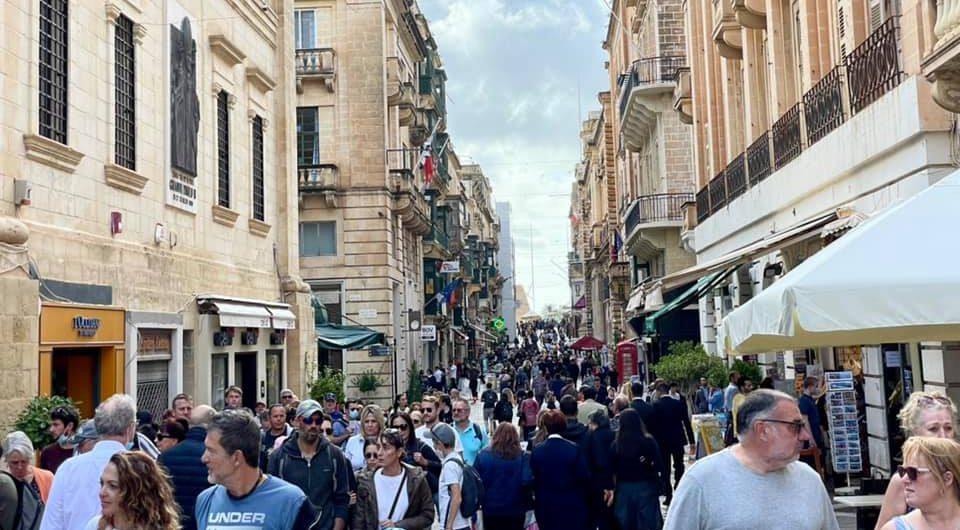 Malta is expected to reach pre-pandemic levels of economic activity around the middle of the year, according to the European Commission’s Winter 2022 Economic Forecast.

After a considerable decline (-8.2 per cent) in 2020, real GDP growth is estimated to have rebounded strongly to 5.9 per cent in 2021 – making Malta the country with the highest rate of growth in the EU. This growth is driven by a strong performance in the first three quarters of the year, when the improvement of the COVID situation locally allowed for a significant relaxation of restrictions.

Improved business and consumer sentiment, as well as a recovery in tourism supported the economy. Growth is estimated to have been negative in the last quarter of 2021 and to remain muted in the first quarter of 2022, affected by the surge in infections in late 2021, the resulting tightening of restrictions, low tourist numbers, continued disruptions in global value chains and negative effects of price increases in shipping and transport.

Looking ahead to the rest of 2022, growth is expected to pick up again as domestic demand recovers, supported by the implementation of the Recovery and Resilience Plan. Real GDP is forecast to grow by 6.0 per cent in 2022 and 5.0 per cent in 2023. As a result, Malta is expected to reach pre-pandemic levels of economic activity around mid-2022.

Inflation in Malta increased only moderately in 2021 when compared to the rest of the EU. The report notes that the Government has also expressed a commitment to continue to limit energy prices growth in 2022. Nonetheless, the increase in food, transport and imported goods prices and a gradual recovery in the tourism and hospitality sectors are set to drive up price pressures in 2022. After increasing to 2.1 per cent in 2022, inflation is expected to be at 1.9 per cent in 2023

While the European Commission’s outlook for Malta was generally positive, the report noted the potential negative consequences of Malta being put on the Financial Action Taskforce’s (FATF) greylist, making it a jurisdiction under increased monitoring for financial crime.

However, it is expected that the impact on the economy caused by the current wave of infections will be short-lived and that most of the supply bottlenecks will fade in the course of the year. Inflationary pressures are expected to moderate towards the end of the year. Looking beyond this short-term turbulence, a continuously improving labour market, large accumulated savings, still favourable financing conditions, and the full deployment of the Recovery and Resilience Facility (RRF) are all set to support a prolonged and robust expansionary phase.

Reacting to the report, the Government noted that Malta currently had the highest rate of growth in the EU, while committing itself to facilitating the country’s continued recovery and being “a shield for Maltese families.”