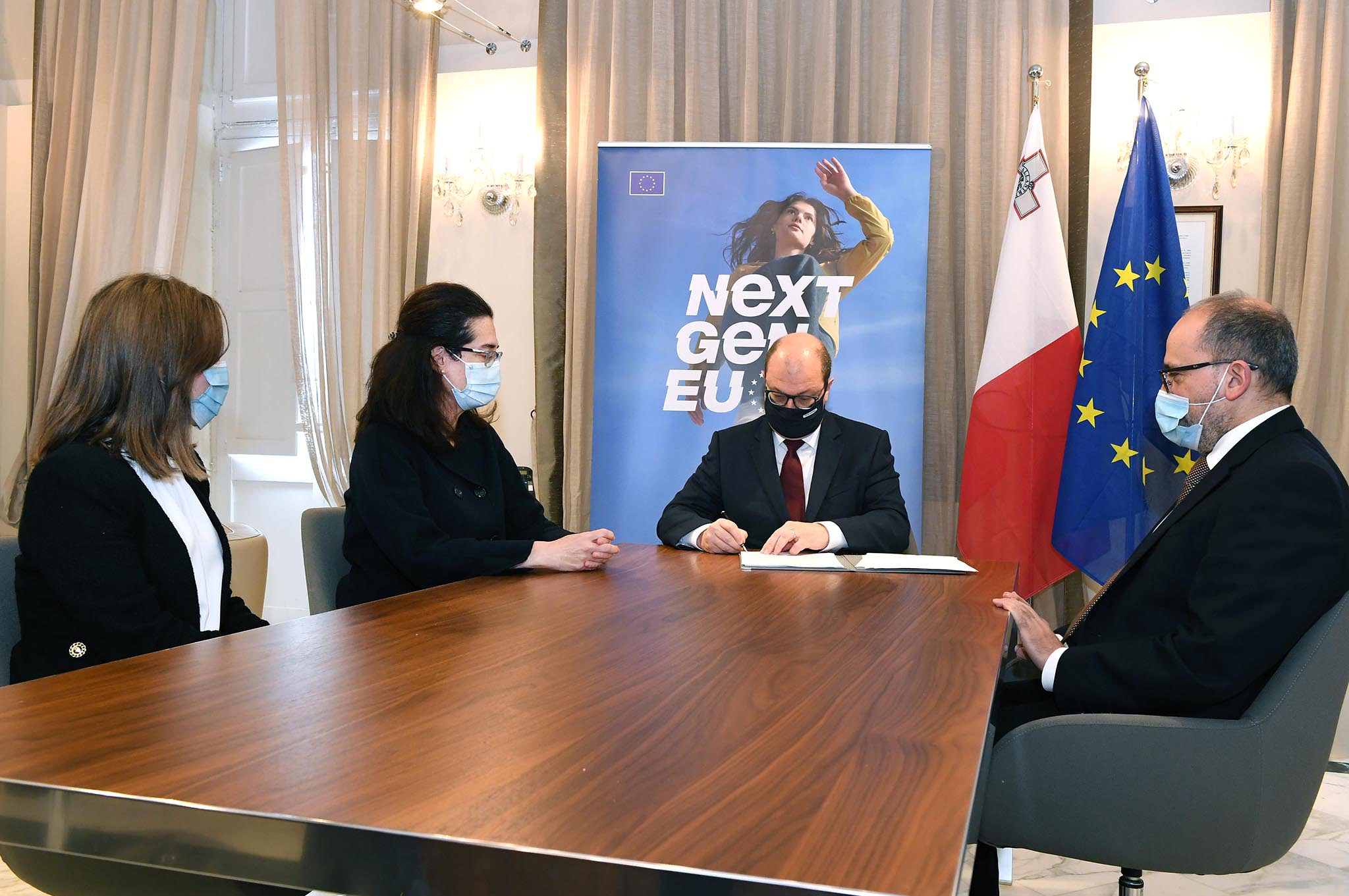 Malta has today received the first payment of €41 million in pre-financing grants under the European Union’s Recovery and Resilience Facility, the Government has announced.

Parliamentary Secretary for European Funds Stefan Zrinzo Azzopardi and Economy Commissioner Paolo Gentiloni have signed the Financing Agreement for a grant of just under €320 million for Malta from this European Union facility.

The aim of the pre-financing payment is to help kick-start the implementation of the crucial investment and reform measures outlined in Malta’s Plan for Recovery and Resilience as agreed with the European Commission.

A total of 54 per cent of all investments envisaged in Malta’s plan will target environmental and climate  initiatives aimed at the transition to a green and circular economy while another 26 per cent will address the transition towards a digital and smart economy.

A further €189 million have been allocated for projects addressing climate change and the green economy with initiatives addressing the retrofitting and renovation of public and private commercial buildings to make them more energy efficient.

Other investments will be made to support investments in in new electric vehicles in both the private and public sector.

A total of €55 million has been allocated for a digital, smart and resilient economy while the resilience of the health system will be addressed through investments amounting to €50 million.

Some €41 million will be spent on the building of a new ITS Campus and the design of new and updated training programmes that will continue to enhance vocational education in Malta.

The plan also provides an allocation of €10 million for the digitisation of the Law Courts accompanied by various reforms addressing the improvement of Malta’s governance systems.

Commenting after signing the Financial Agreement, Parliamentary Secretary Zrinzo Azzopardi said that the first payment of €41 million under the Recovery and Resilience Plan provides added impetus in putting Malta’s plan into action, as the Government continues to implement the different investments and reforms to the benefit of the country and the citizens.

He added that this plan will bring about a greener economy and  support the transformation towards a more digital economy. It will also see important investments in education and health sector, and strengthen Malta’s governance framework.

This is important not only to sustain economic recovery from the pandemic but also to strengthen the resiliance of the economy and its structures.  This will enable the country to addesss the immediate challenges and cease the opportunities ahead to the benefit of society.