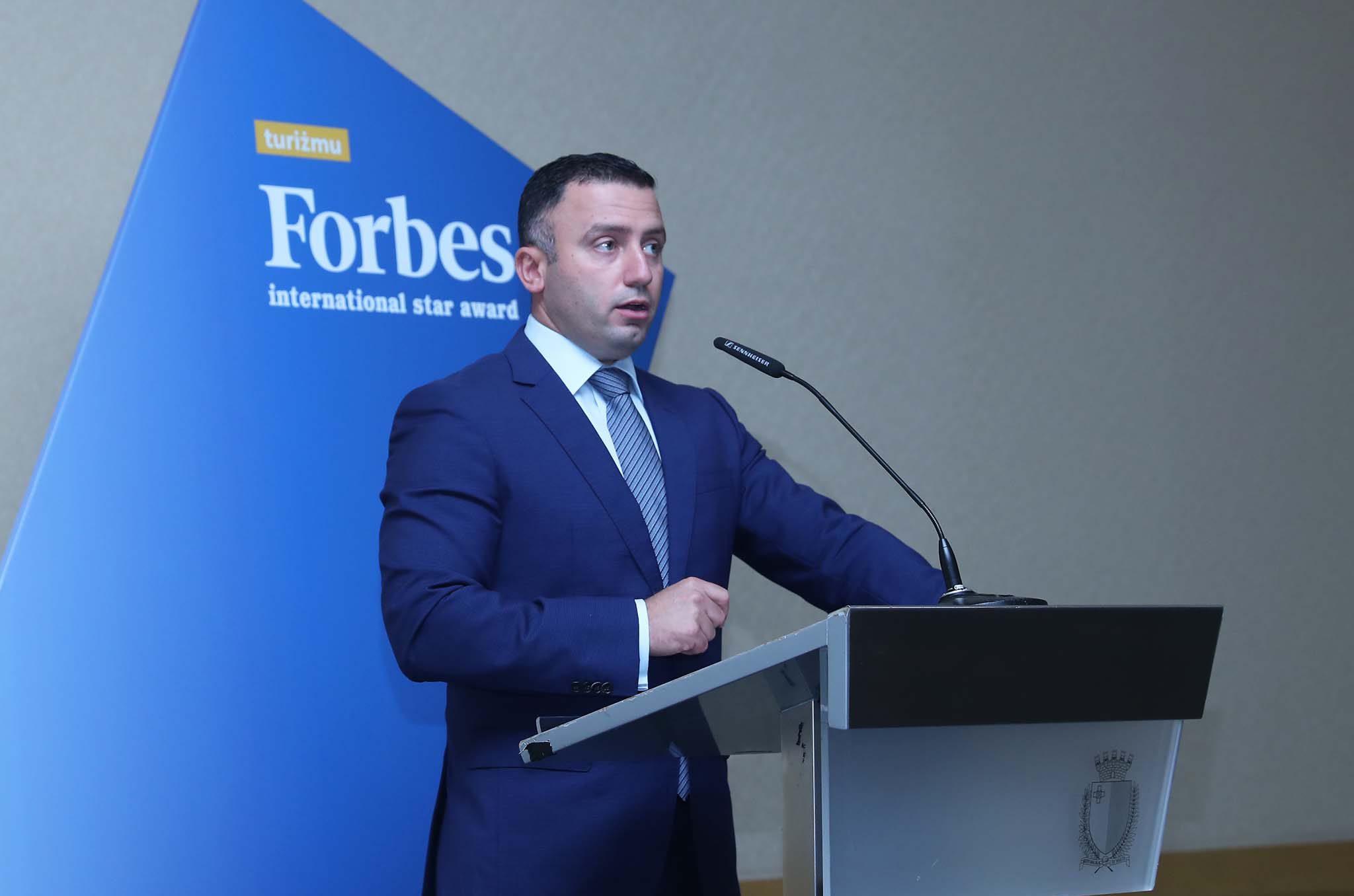 Malta will be the first country in the world to participate in the Forbes International Star Award, a programme aimed at certifying restaurants and hotels, to train and reward the hospitality sector for the tourism product it offers to the public.

These details were announced at a press conference by the Minister for Tourism and Consumer Protection Clayton Bartolo, in the presence of the deputy chairman of the Malta Tourism Authority Carlo Micallef and the chief executive of the Malta Hotels and Restaurants Association Andrew Agius Muscat.

Minister Bartolo pointed out that while it is important for our country to support the volume of tourists who come to Malta, it is important that we make the next leap by improving the quality of the tourism sector.

“We must turn past successes into a guarantee for the future. The Forbes International Star Award is a clear example of where we want to take this industry. This must be a sector that is based on excellence and innovation in every aspect,” he said.

He added that today’s and future generations expect the Government to show its support for similar programmes while investing in more quality infrastructure in tourist places.

For his part, Mr Micallef said that the authority is convinced that this programme will serve as a motivation for tourist establishments to continue refining their services.

He said this aspect in itself is another step towards what the authority and the Ministry are looking at in the Tourism Sector Strategy for the next decade.

Meanwhile, Mr Agius Muscat described these certificates as a worldwide stamp when it comes to the safety and quality of the Maltese tourism product.