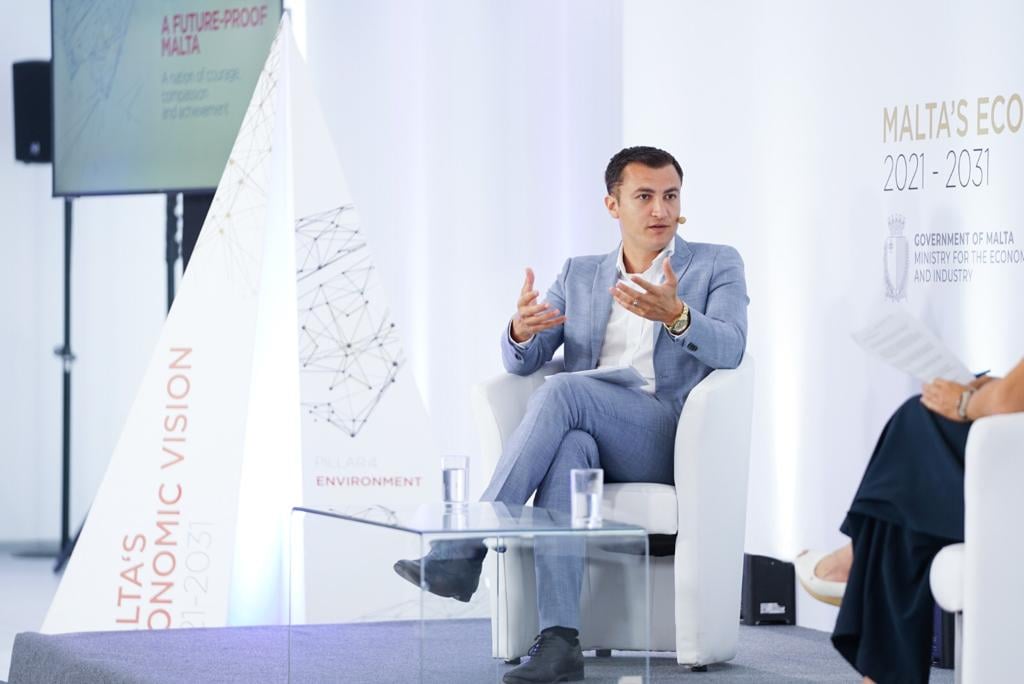 Economy and Industry Minister Silvio Schembri discussed the issue of a skills gap in Malta’s workforce and the need for foreign workers for the country’s economy to continue growing at a panel discussion on Malta’s 2021-2031 Economic Vision on the area of education and employment.

Indeed, EY’s 2020 Attractiveness Survey for Malta noted that the flipside to unprecedented economic expansion, experienced by Malta since 2014 until the pandemic hit, is that “businesses were increasingly unable to find the required specialised skills in the labour market, a fact often exhibited by the Malta Attractiveness Surveys”.

The iGaming sector in particular is known to be forced into hiring from overseas over a lack of skills in certain competencies found on the island. A Malta Gaming Authority (MGA) survey found that 781 positions within the industry remained unfilled by the end of 2018 due to a lack of local skills in the workforce.

Asked by host Christian Peregin to discuss how the Government aims to tackle the skills gap identified in Malta by several industries, and how to encourage foreign workers to remain on the island, the Minister pointed out that the issue can be viewed from several aspects.

Minister Schembri stressed that some years ago, Malta underutilised its workforce, especially due to the number of women who had not entered the world of work. He said today, the employment rate jumped from around 50 per cent of the working-age population to around 77 per cent today, meaning Malta had to look beyond its shores to fill roles as it continues to invest and upskill its local workforce.

“This shows we are maximising our resources, and to continue growing, you need to invest in our local human resources and you also need foreign resources”, he said.

“Malta has reached a point where it cannot depend only on local workers. This doesn’t mean we need to end up in a situation where we have to accept unsustainable numbers, as the more workers that come in, the more challenges arise. We need to ensure residents are living contently in Malta, but we must attract talent.”

He highlighted scholarships being offered by the state, such as one geared towards AI, as part of a broader effort to attract high skilled workers.

The Minister went on to describe efforts being made to align education curriculums with the skills required by Malta’s unique economic mix.

He highlighted and thanked MCAST for working with the Government and the MGA for courses to be developed with the technical skills required for the sector.

Minister Schembri also shared how currently, Malta’s factories are struggling to employ mid-level technicians, as students nowadays choose to further their studies. To tackle this, the factories are working together to develop courses with guaranteed employment.

Read next: World Bank provides over $4 billion in vaccine finance to 51 developing countries