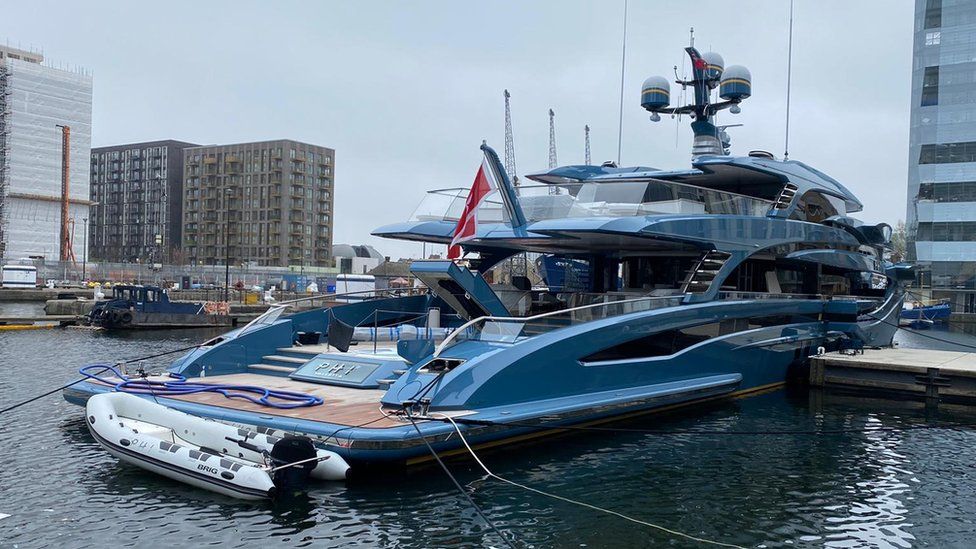 The UK has seized a €45 million superyacht owned by an unnamed Russian businessman flying the Maltese flag.

The ship, named Phi, was docked at London’s Canary Wharf, and is the first Russian-owned superyacht seized by British authorities in British waters following the introduction of a raft of sanctions against Russian individuals and businesses as retaliation against Russia’s invasion of Ukraine.

The 58.5m (192ft) vessel is registered to a company based in St Kitts and Nevis, a Caribbean nation, but it carried Maltese flags to hide its origins

He described the move as “a clear and stark warning to Putin and his cronies”.

“The ship won’t be going anywhere for the time being,” he said. “People who have benefitted from [Mr Putin’s] regime cannot benefit from sailing around London and the UK in ships like this.”

The bright blue Phi is described by its shipbuilder Royal Huisman as “magnificently sensuous”, and contains an “infinite wine cellar” as well as a fresh-water swimming pool and penthouse apartment on the upper deck.

The ship, which was built in the Netherlands, made her maiden voyage last year.

The superyacht was in London for a superyacht awards ceremony, but was boarded and detained by UK enforcement officials.

Read next: Announcement on relaxation of more COVID restrictions to be made in coming days – Charmaine Gauci