Previously a distinctive residence known as Norman House, it is a surviving example of a late medieval Maltese palazzo 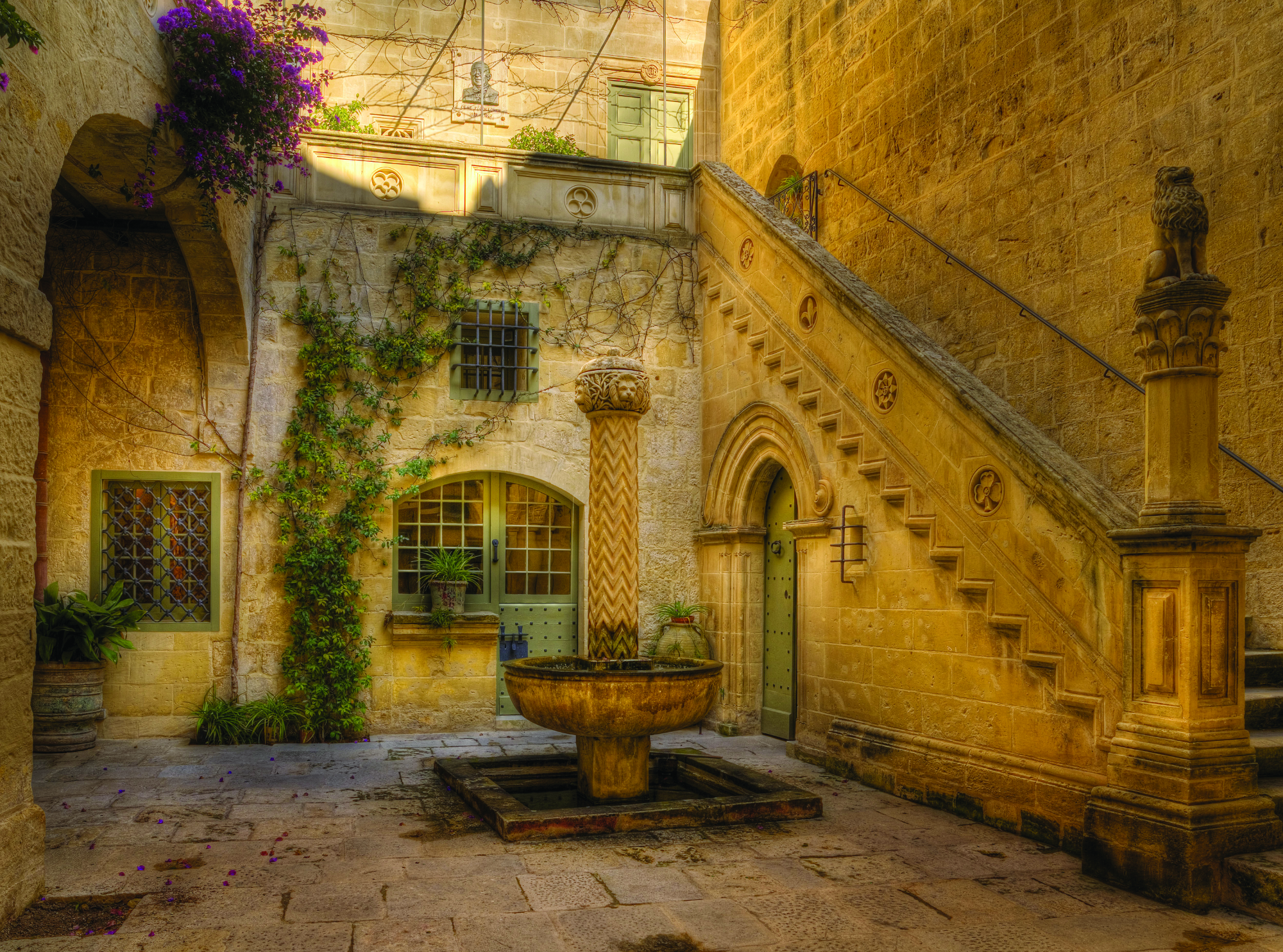 “The patrician house is a showcase of an aristocratic refinement of a local residency, originally only consisting of a one storey courtyard house with a set of rooms at the back that still form part of the building’s nucleus, attributed to the 13th century,” explains Palazzo Falson’s curator Caroline Tonna, adding that the location in which the palazzo is situated was once known as La Rocca and it had also been associated with a synagogue.

“Tradition holds that the refectory and kitchen area of the house were part of the synagogue structure where the Mdina Jewish community worshipped,” she says.

Over the years, the palazzo underwent various structural modifications, and its footprint was reduced and redesigned, the curator details. In the 15th century, another storey was added, with a series of rooms overlooking the internal courtyard.

Later, during the 16th century, the palazzo became home to the wealthy and influential de Falsone family, who made further structural changes and embellishments. After their downfall, the property was confiscated and used by Grand Master L’Isle Adam and the Inquisitor.

In the 17th century, records show that, through succession, the palazzo became part of Ugolino Cumbo-Navarra’s property wealth. In the years that followed, it sadly fell into neglect, and was split into different tenements.

However, in 1927, Elisa Gollcher, widow of Gustav Gollcher – a well-established Swedish maritime businessman in Malta – managed to purchase the property together with her only son, Captain Olof Frederick Gollcher.

In 1939, Olof acquired another part of the property that was originally part of the footprint of the palazzo, and by that time, he had also inherited his mother’s share. He renamed his home The Norman House after the stylistic features it displayed, which at the time were believed to be Siculo-Norman.

“Olof was a cultured man with refined artistic sensibilities, and he carried out restoration interventions fashioning a revivalism of past eras,” Caroline explains, making reference to a Siculo-Renaissance staircase and a Byzantine-Romanesque folly in the courtyard. Olof dedicated his life and fortune to preserving the palazzo, returning the building to its former glory and adorning it with various collections he had amassed throughout his life.

His wife Nella also contributed in transforming their home into an elegant dwelling, hosting and entertaining many guests, and, together, they decided that their home should be preserved with its contents as a museum.

“In 2001, almost 40 years after Olof’s death, the Gollcher Foundation reached a management agreement with Fondazzjoni Patrimonju Malti (FPM) to restore the palazzo and its collections, and transform it into a historic house museum for the enjoyment of the public,” Caroline explains, adding that the restoration programme took more than five years to complete.

The palazzo was renamed Palazzo Falson based on documentation that the de Falsone family were residents for over 100 years, and it opened its doors to the public on 4th May 2007.

“Olof was an avid collector and his presence is felt everywhere,” says Caroline, turning her attention to the palazzo’s varied collection of over 3,600 artefacts, which includes paintings, silverware, glassware, furniture, armoury, watches, jewellery, shop models, oriental rugs, coins, medals and other objets d’art, as well as a valuable collection of books, manuscripts, documents and personal papers.

“Palazzo Falson Archives embody the social and cultural life of the 19th and 20th centuries, and they are accessible to researchers and students upon request,” she maintains. Asked to highlight specific artefacts of note, the curator points to an interesting chastity belt in the armoury collection.

“The myth shrouding the chastity belt purports that it was worn by the wives of medieval crusaders while the men were out at war. However, it is known that this is a Victorian fabrication and no chastity belts of this sort are known to have actually been used in the medieval period,” Caroline explains.

Meanwhile, one of the most significant artefacts in the palazzo is a unique watch that stands out among another 27 watches. Made in Paris by renowned watchmaker Robert Robin, distinctive for its ten-hour dial, it reflects French Revolutionary time, which was based on the decimal principle.

“This time measurement was officially adopted in 1793 and stipulated that the Gregorian calendar was to be abandoned in favour of the Republican calendar, which divided the day into ten hours with 100 minutes, each having 100 seconds.

However, this system did not prove to be popular, and by 1795 it was no longer enforced,” the curator maintains, adding that the short-lived period of Revolutionary time led to the existence of only a handful of these watches, with even fewer made by Robin, making this the pièce de résistance of the museum.

Speaking of future plans for Palazzo Falson, the curator notes that 2020 has been challenging, yet, despite the museum having been closed between mid-March and end of May, the team behind it has kept going. Children’s workshops continued online during lockdown and have since resumed onsite, while extensive maintenance work was carried out throughout the museum.

In tandem, the rooftop café, named Gustav in honour of Olof’s father, was tastefully designed to complement the standards and services of the museum; and a small unused roof area was turned into a green patch to create a ‘pollinator haven’ and promote biodiversity – a joint effort with Friends of the Earth Malta.

The museum has since re-opened and offers daily guided tours from Wednesday to Sunday between 10:30am and 4pm for small groups, strictly observing safety measures.

“The support of our patrons, supporters and members of The Friends of Palazzo Falson is vital for us to enable us to keep the museum alive and continue with our projects,” Caroline says. For further information, visit www.palazzofalson.com

This feature, penned by Sarah Micallef, was first carried in the Winter 2020/2021 edition of Business Agenda