They are being hit by increasing rent, ingredient and staff costs, alongside general COVID impacts 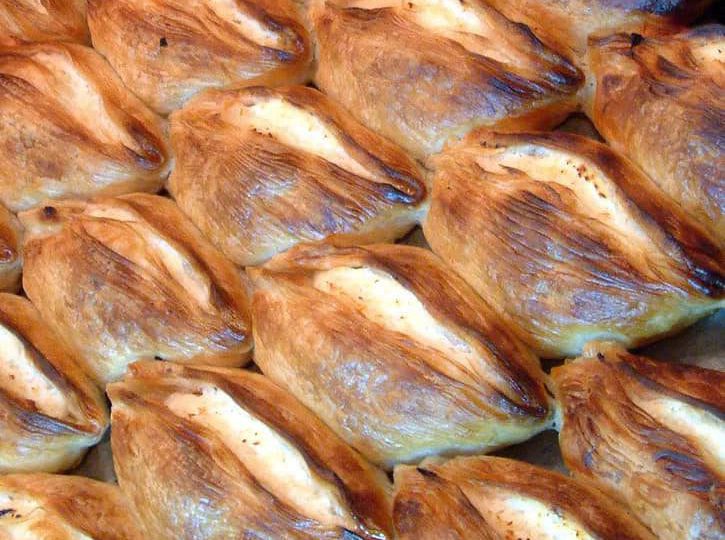 Malta’s much-loved pastizzerias are being hit hard by increasing prices and rent hikes, according to an enquiry conducted by BusinessNow.mt.

Considering the widely covered damage dealt to businesses by rising input and rent prices, this newsroom spoke to a number of pastizzi vendors across the islands to discuss how they are being impacted.

Rent prices have increased dramatically in the last decade.

This is best illustrated through data on residential property rent prices, which have been on a steady incline – rising by an average of 20 per cent since 2010.

However, while this is the average, property prices in some areas will have outstripped this.

Naturally, businesses are not exempt from this hike, and multiple of the pastizzerias consulted reported that rent increases were placing a strain on their business.

One such business was Mr Maxims where owner Michael Caruana, explained that the rent prices have almost tripled in the area his pastizzerias operate – around St Julians and Gzira.

While he acknowledged that he was fortunate to have signed long-term rentals for his outlets when the prices were lower – he explained that these rental deals would begin to expire at the end of this year, placing dramatic strain on his business.

The owner of Jeff’s Pastizzeria in Valletta, who rents his property from the church, said he’s seen prices in Valletta rise by more than 20 per cent in the last five to 10 years.

He expressed concern about this, but stated that ultimately – his business is stable despite the increase.

Fabrizio Borg, who is general manager of McSims in Qormi also reported a rent increase – of about 15 per cent in the past 10 years.

The upwards rent trend is not effecting everyone equally, however, and other outlets were more relaxed about the situation.

For example, Pastizzeria Agius in Xewkija, Gozo, stated that it owns its facilities, and that as such, is not being impacted by rent prices – which are rising by less in Gozo anyway.

While still renting the outlet, Jon’s Pastizzeria in Msida reported that the rent price had been much more muted, increasing by less than five per cent.

A cautionary tale on the impact of rising rent can be gleaned from the former Stazia Pastizzeria & Takeaway in Birkirkara, where a former owner explained that increasing rent, along with generally increasing prices, had forced her to abandon her business and close down the shop.

A rise in food prices is seen for both consumer and commercial purchasers.

Mr Caruana explained that during 2021, prices for ingredients and products rose to such an extent that the impact of the increase cost businesses more than direct COVID costs.

Indeed, the vast majority of pastizzerias that spoke to BusinessNow.mt explained that prices have increased rather significantly, with several reporting that products were around 40 per cent more expensive.

Alongside rent, this was credited by the former operator of Stazia as being a major factor in her decision to close her shop.

Pastizzerias generally work on a franchise model, with a central supplier offering its brand and the food products it will sell. Therefore, when supply prices need to increase, they are likely to do so almost uniformly, meaning that many pastizzerias are being hit to much the same extent.

Staffing is also a major problem for pastizzerias, although several of the outlets consulted by BusinessNow.mt were staffed by their owner/ sole employee.

Such was the case at Jon’s, where owner Keith Muscat reported that employees are expensive and sometimes demanding raises exceeding what the business could afford.

Likewise, Mr Caruana stated that he used to employ members of staff, but was forced to let them go during COVID, as the pandemic and associated restrictions decimated his business.

He is at a stage now where he would like to employ some team members to take some of the weight off his shoulders, but with some staff demanding as much as €8/hour, this is simply not a possibility.

The COVID pandemic decimated most sectors of the economy, but hit the hospitality sector particularly hard.

Overnight, tourism screeched to a halt – and while it has since restarted – arrival numbers are still significantly lower than they were pre-pandemic.

Naturally, this impacted pastizzerias to varying extents, depending especially on location.

For example, Mr Muscat reported that before the pandemic, just below half of his customers were foreign tourists. On the other hand though, Pastizzeria Agius, which presented the most optimistic outlook of all establishments, stated that the vast majority of its customers are locals.

A decline in tourism was far from the only way the pandemic effected customer levels though, and the shift to working from home also badly impacted some pastizzerias, as footfall declined dramatically in some areas.

For example, Jeff’s Valletta decried the loss of an office block in the vicinity, stating that the loss of workers had hit the business hard.

The aforementioned strains on Malta’s celebrated pastizzerias will likely force the businesses to take hard decisions to survive, including by raising prices.

Mr Caruana, for example, warned that the 40c he currently charges for pastizzi was simply not reasonable, and that if things don’t change, a price hike will be inevitable in the current years, with 50c or 60c seeming like the most likely price.

Pastizzi prices have already hopped once in recent years, climbing by 33 per cent across many of the islands’ establishments in 2018, to hit 40c.

This is said to have come as the result of an agreement between heads of the island’s leading pastizzi suppliers, as a result of increases in the price of both flour and bread.