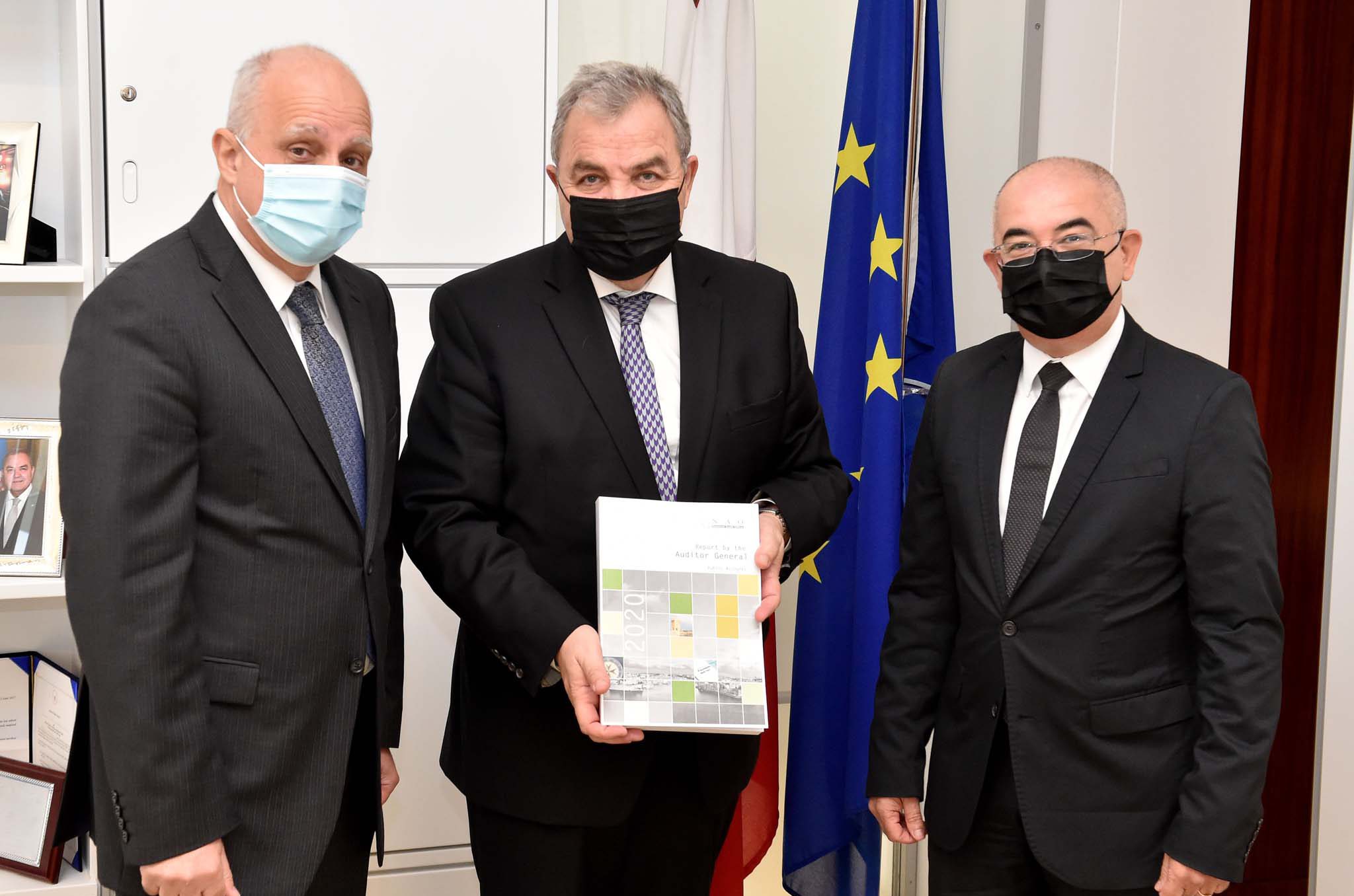 The Annual Audit Report on the country’s Public Accounts for 2020 submitted by the National Audit Office (NAO) has identified several shortcomings in the procurement procedures, project management and operations of various Government ministries, departments and entities.

The report, presented to the Speaker of the House of Representatives Anġlu Farrugia by Auditor General Charles Deguara, consists of 42 write-ups, an analysis of the Financial Report 2020, and an overview of the Statements of Arrears of Revenue for the same year, as submitted to the Treasury by the respective ministry, department and entity.

The NAO said it had judiciously analysed the level of compliance of various expenditure and revenue items with prevailing rules and regulations. The report gives over 350 relevant recommendations which, if implemented by the respective auditee, will address the shortcomings identified during these reviews and thus promote good governance and best practice in the government’s operations.

The NAO noted that several government entities either submitted the required information late – such as the Government Voucher Scheme entrusted to the Malta Investment Management Company Ltd – or barely submitted any data at all, as was the case with the University of Malta and the Ministry for European Affairs and Equality. This hindered the scope of the expenditure audits.

Meanwhile, procurement regulations were bypassed by a number of entities, including Festivals Malta and Malta Digital Innovation Authority. Direct orders approved by the Ministry for Finance, for contractual and professional services were repeatedly resorted to by the Education Department.

Shortcomings in the project management by Housing Maintenance and Embellishment Company Limited were identified. Weaknesses in the planning, procurement process and monitoring of capital assets were also prevalent at the Correctional Services Agency.

A weak control environment, together with legislative constraints, hindered the enforcement and revenue collection from the Energy Performance Certificates. An audit of the Service Pension also revealed inadequate controls, leading to substantial overpayments

Verification procedures on the overtime claimed by staff at the Cleansing and Maintenance Division and Aġenzija għall-Ħarsien tat-Tfal were deemed inadequate. Considerable amounts paid for overtime by the former led the NAO to question the productivity levels of the claimed hours. An audit at the Foundation for Medical Services revealed several concerns regarding the engagement of officials, as well as irregularities in the appointment of persons on a trust basis

Extravagance in the use of public funds by the Malta Film Commission, coupled with poor budgetary controls led to negative working capital of over €1 million in 2020.

Disbursements made from the Investment Fund for Private Schools were entirely based on data submitted by the applicants, with no proper verifications. Reliance on the respective service provider was also noted in the case of Street Lighting and Other Services that was to be managed by the Ministry for Energy and Water Management.