The trainers are said to contain a drop of human blood 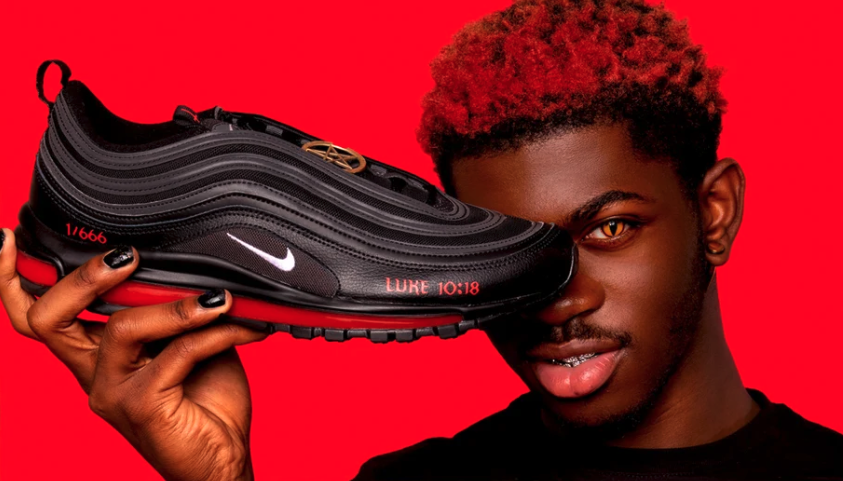 The company argues that MSCGF infringed on its trademarks by selling the trainers, modified with a drop of human blood.

Since the shoes were announced, Nike claims its reputation has been damaged as some consumers believe the company is endorsing Satanism. It is asking for the shoes to be destroyed and for MSCHF to pay financial damages.

All 666 of the $1,018 trainers were reported on Monday to have sold out in under a minute.

Nike claims the trainers are damaging its reputation, and cites social media comments from people mistakenly imagining the company was responsible for producing the shoe.

“Consumers’ belief that the Satan Shoes are genuine Nike products is causing consumers to never want to purchase any Nike products in the future”, the company’s complaint claims.

The trainers, which feature an inverted cross, a pentagram and the words “Luke 10:18”, we made using Nike Air Max 97s.

666 pairs of the shoes were released for sale on Monday, coinciding with the launch of Lil Nas X’s latest song. In the music video, the rapper is seen sliding down a stripper pole from heaven to hell, wearing a pair of the trainers.