The new hotel will be operated as a 'singular facility targeted solely at travellers', said the company 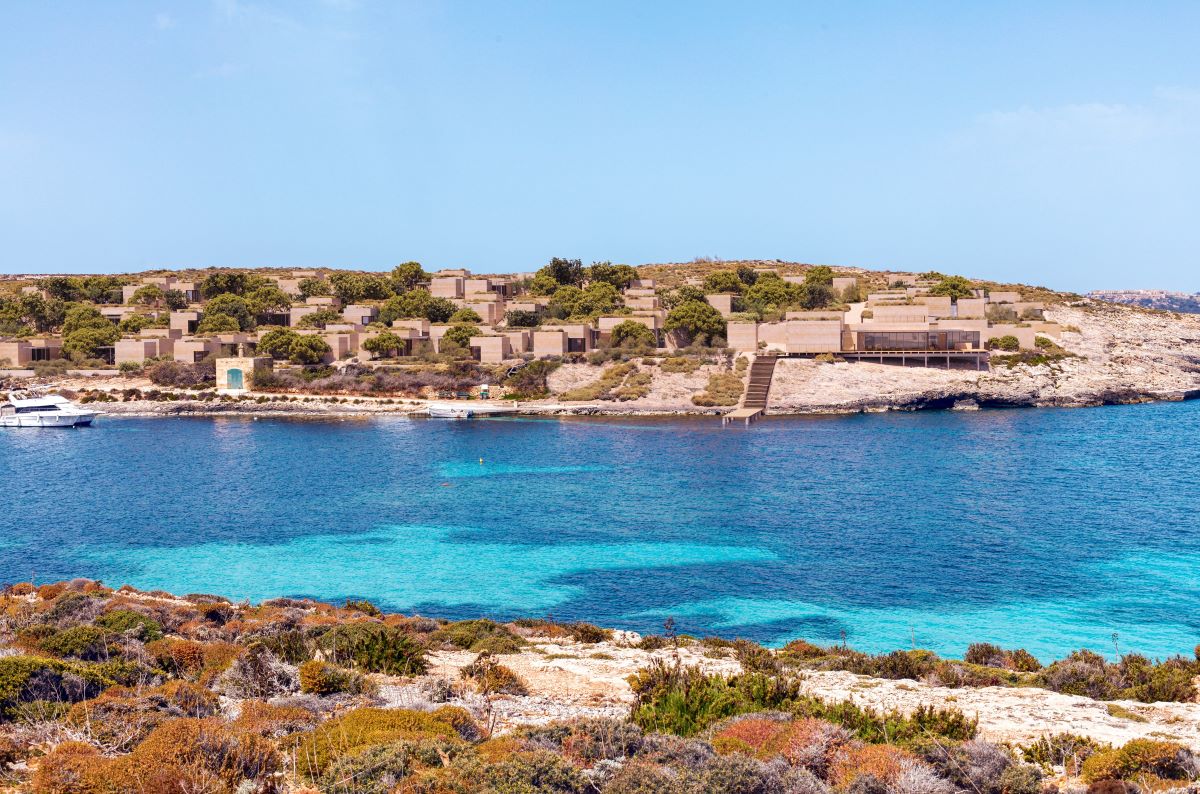 The company behind the controversial attempt to redevelop the Comino hotel has responded to public backlash amid concerns that the project will eventually be turned into a “Comino village” in what opponents have described as an “occupation by stealth”.

HV Hospitality, a subsidiary of Hili Ventures, responded to BusinessNow.mt’s request for further comment after issuing a press release on Saturday.

It said that that the concession agreement between Government and the previous owners dates back several decades.

The agreement, which was transferred to Hili Ventures in 2019, “clearly states that the site is to be ‘exclusively used for the purposes of constructing, running and operating a holiday centre and for ancillary purposes’”, says the company.

“Hili Ventures is committed to this concession agreement and has no intention or interest in turning the site into a permanent residential one.”

Last week, activist groups including most environmental NGOs in Malta asked the public to send in their objections to the project, which will see nine derelict bungalows replaced by a complex of 19 villas complete with a convenience store and other amenities.

Opponents to the project are concerned that the project could become a permanent residential settlement through the use of legal loopholes.

Comino is protected under a wide range of legislation due to its ecological importance and sensitivity.

Activist groups argue that the “influx of heavy equipment, construction materials and workforce would cause massive environmental impact, as well as the irreversible destruction of areas of natural habitat for the complex itself and the greater area of disturbance around it”.

Over 9,000 persons have registered their opposition to the proposed development on the much-loved island.

HV Hospitality responded to the furore on Saturday, saying it “welcomes the interest being shown by the public in the Comino project”.

“The new hotel, comprising 71 suites and 19 serviced bungalows, will be operated as a singular facility, targeted solely at travellers seeking rest and relaxation at sustainable properties,” it said.

“Amenities would include a spa, dining spaces, and one mini shop stocked with basic necessities for guests such as newspapers and sunblock.”

It stated that the company “is committed to producing a world-class sustainable tourism product that respects the environment and stands up to close scrutiny”, pointing out that “in planning the project, the company engaged with all local authorities and stakeholders, including NGOs, to ensure that the hotel’s redevelopment is carried out in a sensitive and sensible manner.”

“HV Hospitality remains committed to engaging with all stakeholders and will continue to participate in the planning process fairly, transparently and with full respect for its obligations to respect and uphold Comino’s Natura 2000 status.”

Hili Ventures is the holding company for one of Malta’s largest business empires, involved in technology services, retail, food and beverage, shipping, and real estate.

Read next: Are local businesses really price gouging? SME Chamber CEO says no, as ‘there is not much room for abuse’