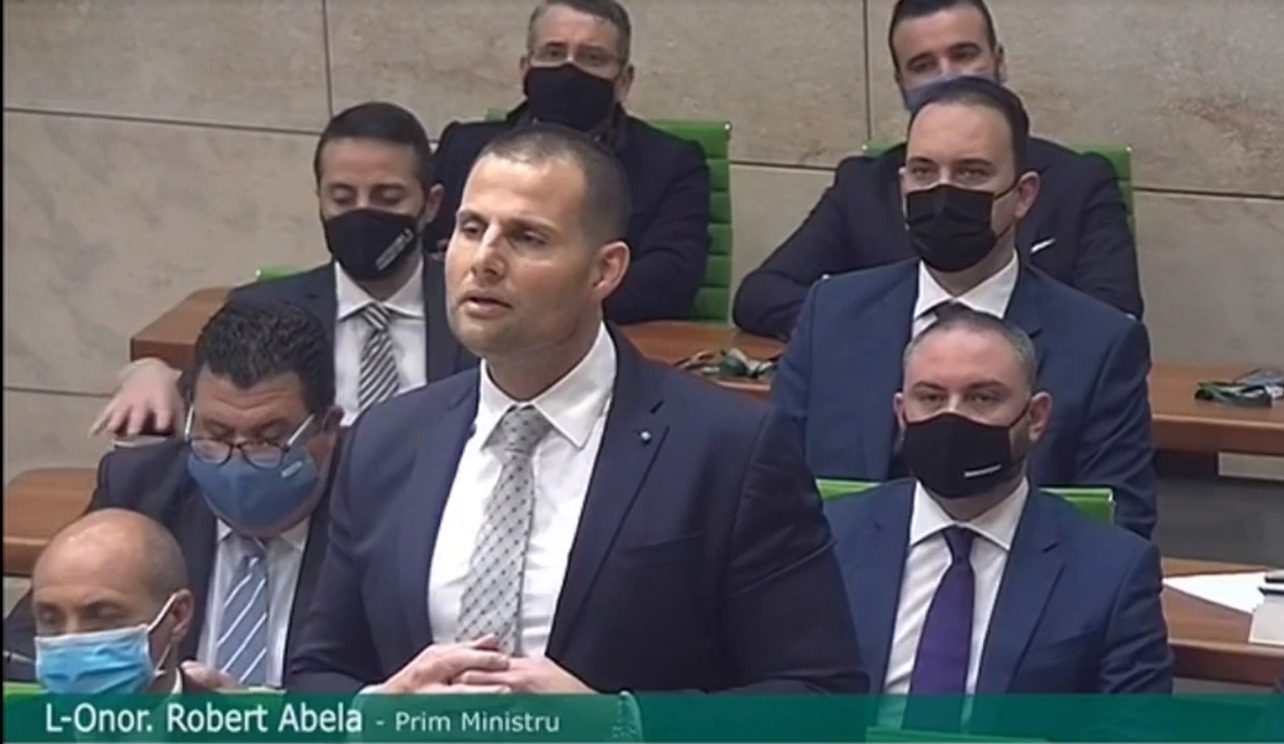 Prime Minister Robert Abela has doubled down on the positive outlook he wishes to project, responding to criticism about his optimistic messaging despite rising numbers of COVID-19 infections by highlighting the “peace of mind and serenity” instilled when looking at the economic results for 2020 and projections for the coming years.

Mr Abela has recently come under fire for previous statements that were felt to underplay the dangers of the pandemic by giving timeframes for recovery that have been overtaken by a spike in cases.

Speaking in Parliament on Thursday, the Prime Minister said that there is “no reason to lose faith” in the Government’s response to the pandemic, pointing to economic data as evidence of its success.

“The measures we took to safeguard jobs, businesses and livelihoods had a result that was even better than we thought.”

He continued, “2020 saw Malta recording the highest growth in workers’ income in the EU,” before turning to future predictions by highlighting that Malta is projected to have the high rate of growth in the EU in 2022. He noted that this project growth will be 150 per cent of the average.

“So yes, we do want to see a sense of optimism and faith. Thanks to these figures, I can speak with peace of mind and serenity,” he said, as he encouraged listeners not to lose hope.

Mr Abela stressed that these results did not come about by coincidence, and pointed to the €400 million ploughed into the wage supplement scheme to ensure jobs were safeguarded.

“If we left things up to chance,” he said, “we would have seen a worst-case scenario with tens of thousands of jobs lost and hundreds of businesses closing down.”

Addressing calls for stricter enforcement, the Prime Minister said the situation should not turn into a battle between authorities and people, and called for everyone to observe the rules.

Turning then to the results of the vaccination rollout, Mr Abela said that among persons over 80, the vaccine has resulted in a large decrease in hospital admissions and even more drastic decrease in mortality rate.

“This shows the good results our strategy is producing,” he said.

“We are convinced that the solution to the pandemic is the vaccine.”