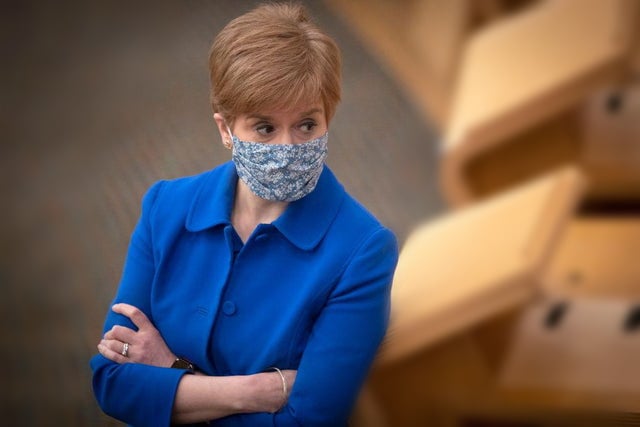 First Minister of Scotland, Nicola Sturgeon has announced that COVID restrictions in the country will be tightened, with six new rules introduced.

She told Members of Scottish Parliament (MSPs), that the “race against the virus” must be stepped up.

These measures have been taken as new figures show that 7,074 people have died in Scotland from COVID since the start of the pandemic. Six Scots were today reported to have died after a COVID outbreak at a care home.

The vast majority of Scotland is already under a lockdown, with “stay at home” orders issued everywhere except Comhairle nan Eilean Siar, Orkney Islands, and the Shetland Islands.

Ms Sturgeon urged Scots to exercise restraint, saying “don’t think in terms of the maximum interactions you can have without breaking the rules… Think instead about how you minimise your interactions to the bare essentials”.

Scotland was placed in lockdown on 5th January with people confined to their homes except for essential purposes. All schools have moved to remote working for the whole of January, except in the case of vulnerable children and children of key workers.

The six new rules introduced in Scotland are as follows –

These measures are subject to approval by the Scottish parliament.

The rules have drawn considerable criticism from some speculators, who say that the limitations to click-and-collect services will deprive many businesses of the lifeline that has allowed them to survive.

This comes as British Prime Minister Boris Johnson has announced that a rolling 24/7 vaccination program will be implemented in the UK as soon as is possible. He also suggested that the lockdown in place in Britain, as well as the tier four measures, are starting to display signs they’re having an effect.

Read next: Debenhams Oxford Street will not reopen its doors