The $85 million vessel is on its way to Marsaxlokk 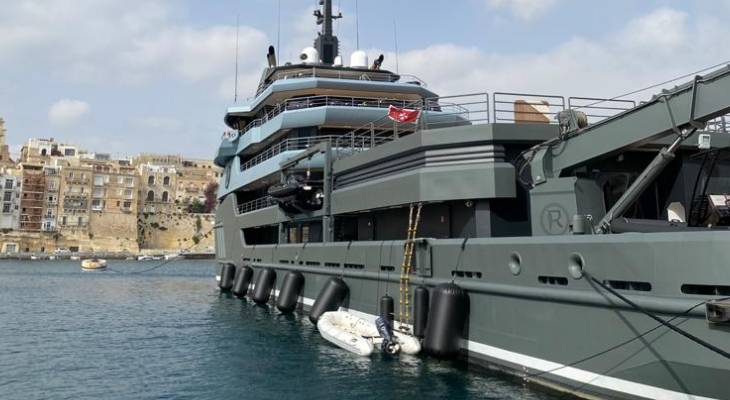 An $85 million (€78.19 million) superyacht linked to former KGB agent Vladimir Strzhalkovsky is on its way to Malta, after being stuck in Norway for six weeks while local dockers refused to service it.

The Ragnar, which flies under a Maltese flag, departed port for Marsaxlokk on 30th March and is now sailing off the coast of Norway, according to online vessel tracking service MarineTraffic.com, cited by Insider.

Mr Strzhalkovsky who is the vessel’s owner, according to SuperYacht Fan, has not yet appeared on any Western sanctions list following Russia’s invasion of Ukraine, but is said to have personal ties with President Vladimir Putin.

Under the EU’s fifth round of sanctions, approved last week, EU ports are banned from providing access to vessels that are registered under the Russian flag.

The Ragnar got stuck in Norway when local dockers suppliers refused to refuel it and local businesses refused to do business with the ship, forcing the crew to catch and barbecue fish, according to the yacht’s captain, speaking to The Wall Street Journal.

The ship is currently for sale for an asking price of €69.5 million, according to SuperYacht Times, and offers the height of luxury, hosting a variety of opulent facilities, including jet skis, snow-mobiles, amphibious exploration vessels, and an English-style pub.

Read next: Number of foreign workers in Malta reaches all-time high of 70,000